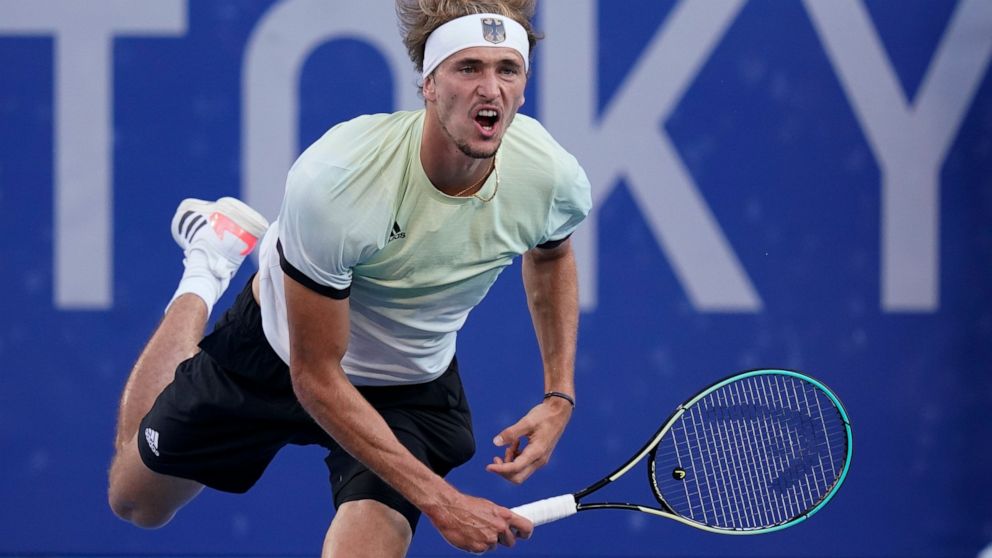 TOKYO — Alexander Zverev followed up his comeback win over Novak Djokovic by winning the gold medal in men’s tennis at the Tokyo Olympics.

The fifth-ranked German overwhelmed Russian opponent Karan Khachanov 6-3, 6-1 at the Tokyo Games on Sunday for the biggest title of his career.

The 6-foot-6 (1.98-meter) Zverev controlled the match with his big serve and a confident two-handed backhand, never really giving the 25th-ranked Khachanov a chance.

Zverev’s previous best performance was reaching the final of last year’s U.S. Open, where he wasted a two-set lead in a five-set loss to Dominic Thiem.

IOC president Thomas Bach watched his fellow German win the title as a group of about 10 anti-Olympic protesters across the street from the Ariake Tennis Park made themselves heard inside Center Court. Play was not interrupted.