How often do you bathe your kids? (Or as a kid, how often did your parents make you bathe?) Once a day? Once every other day? Dax Shepard and Kristen Bell made news this week when they set the standard at “wait for the stink” this week in a conversation on The View. That comment was a response to Ashton Kutcher and Mila Kunis saying that they only bathe their kids when they can “see the dirt on them.” And just today, Jake Gyllenhal proudly admitted, “More and more I find bathing to be less necessary, at times…I do also think that there’s a whole world of not bathing that is also really helpful for skin maintenance, and we naturally clean ourselves.”

Perhaps this scandalizes you, or perhaps, like many parents juggling a thousand different things, you can identify. Regardless, the celebs might be onto something, at least from a hygiene perspective.

GQ called up James Hamblin, a physician and staff writer at The Atlantic who wrote a book called Clean: The New Science of Skin and the Beauty of Doing Less. (Last year he explained to Phil Picardi why we don’t need to shampoo so often.) So is there anything wrong with waiting until your child actively smells bad to put them in a bathtub? “No. I fully support it,” he said.

It turns out that being “clean” is very different from being “hygenic.” Hygiene, Hamblin explains, involves practices that keep you physically healthy: washing your hands after you use the bathroom, cleaning up bodily fluids. “It’s a little graphic, but that’s what spreads disease,” says Hamblin. “As long as you’re doing that, [everything else] is voluntary action.” So long as your kids are washing their hands, they can skip a bath here and there.

You could even make an argument that kids have a lower threshold for bathing than adults. “Cleanliness” is largely a social standard, and many of our notions of cleanliness are about smelling good and controlling body odor, according to Hamblin. That’s a much more significant concern post-puberty, so the stakes are lower when you’re a kid.

So before you rush to judge any of these stars for skipping their showers, consider that there’s nothing to judge. “I’m very sensitive to the use of terms like dirty or gross or disgusting because they’re very often innuendoes for something else,” says Hamblin. “Whenever you see somebody doing something and you want to say “Oh, that’s gross or disgusting,” it’s worth checking that.” 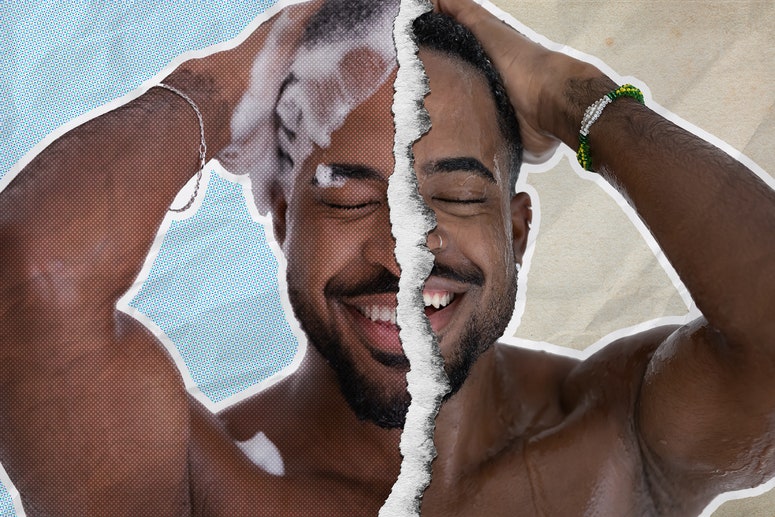 The Case Against Shampoo

GQ Grooming Columnist Phillip Picardi runs down all the reasons to stop washing your hair so often.