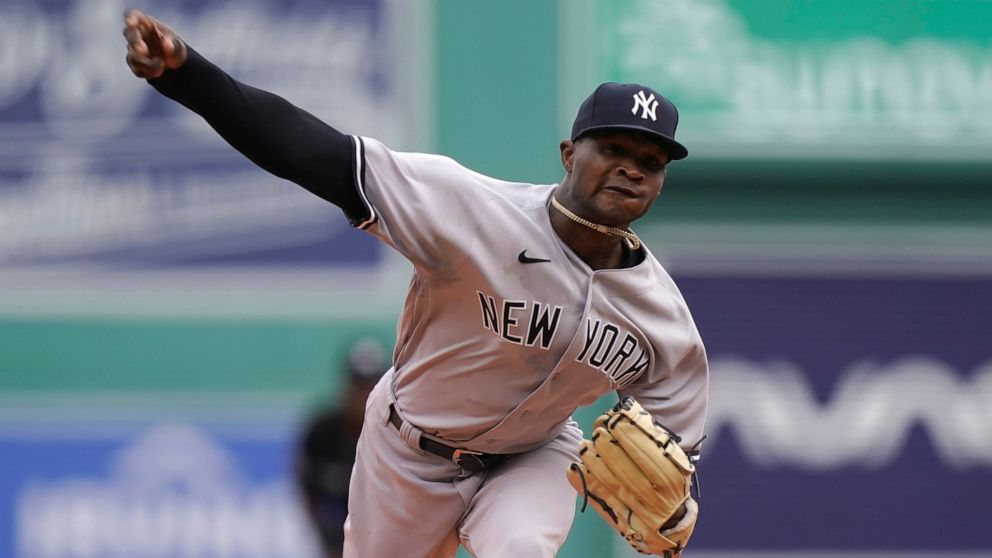 BOSTON — Domingo Germán of the New York Yankees is pitching a no-hitter through seven innings against the Boston Red Sox at Fenway Park.

Mixing his well-spotted fastball in the mid-90 mph range with a changeup and curveball, the 28-year-old Germán has struck out 10 and allowed just one walk. He’s thrown 90 pitches Sunday afternoon.

Germán struck out four batters in the seventh. The inning was prolonged by a passed ball on a strike three.

The last no-hitter at Fenway by an opponent was by Detroit’s Jim Bunning on July 20, 1958, when he retired future fellow Hall of Famer Ted Williams on a flyball for the final out.

The last Yankees pitcher to no-hit Boston was Dave Righetti at Yankee Stadium on July 4, 1983.

Germán has been helped by two excellent defensive plays. Shortstop Gleyber Torres went into the deep hole to throw out J.D. Martinez on a grounder in the fifth and first baseman DJ LeMahieu made a nice stab on Christian Vázquez’s grounder leading off the sixth.

Germán, who missed all of last season serving the remainder of an 81-game suspension for violating Major League Baseball’s domestic violence policy,is making his 17th start. He hadn’tt gone beyond 5 2/3 innings in his last eight, and his season-high is seven innings, which he’s done twice.

The Yankees entered the day eight games back in the AL East after rallying for a 4-3 victory over the Red Sox on Saturday.