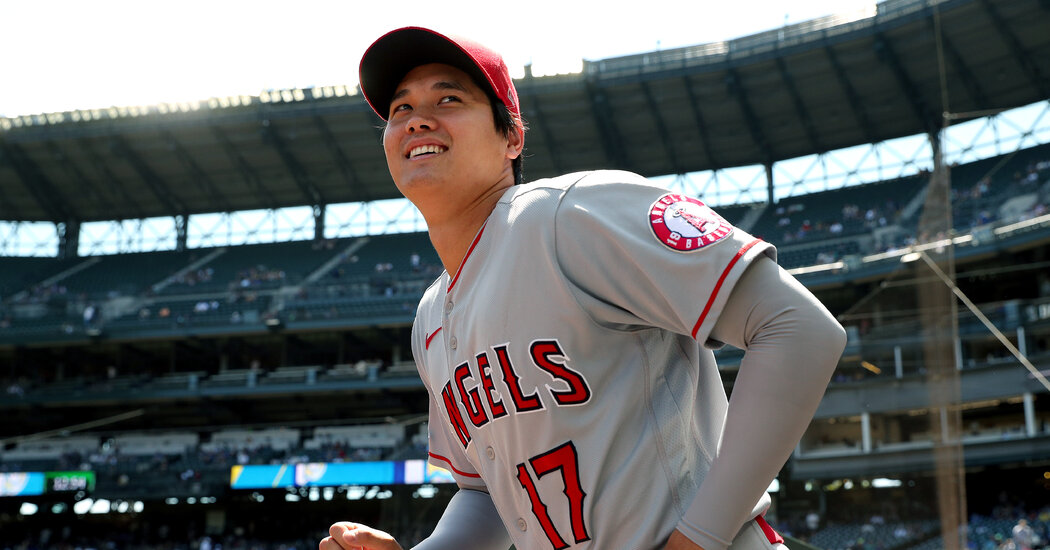 As a pitcher, Ohtani’s splitter makes him especially hard to hit. Only one starter on a current major league roster, the All-Star Kevin Gausman of the San Francisco Giants, throws that pitch more often than Ohtani, who uses it 18.6 percent of the time, according to Fangraphs. He pitches aggressively with the splitter, putting it on the same plane as his elite fastball.

“The splitter is the biggest thing,” said Olson, who is 0 for 8 with five strikeouts against Ohtani. “He’s got the fastball in the upper 90s with a lot of ride, but to be able to have the splitter that comes straight down off of it and the ride that plays up, it gets halfway and you’ve got to decide which way it’s going. That combined with, he’s just got a fluid, flick-it motion.”

As a hitter, Ohtani has so much power and swings so hard that he does not have to hit a ball squarely to do damage. He offers few safe zones for pitchers.

“If you look at his scatter chart in terms of hard-hit balls, he’s got them littered up and away, up and in, down and away, down and in, from velocity to maybe more movement-accentuated pitches,” said Cole, who has faced Ohtani 12 times, allowing three hits and a walk. “It just forces you to be adjusting and executing at the same time, which is one of the toughest things to do.”

Olson does not have to pitch, and Cole very rarely hits. As a two-way player, Ohtani handles all of the challenges they describe — “He’s facing himself on both sides of the ball,” as Dodgers pitcher Walker Buehler put it — and in Denver he will do it all, plus the Home Run Derby.

A body and mind can take only so much, but Ohtani is a showman with a sense of duty.

“I’m expecting to be pretty fatigued and exhausted after these two days,” he said through an interpreter on Monday. “But there’s a lot of people that want to watch it, and I want to make those guys happy, so that’s what I’m going to do.”