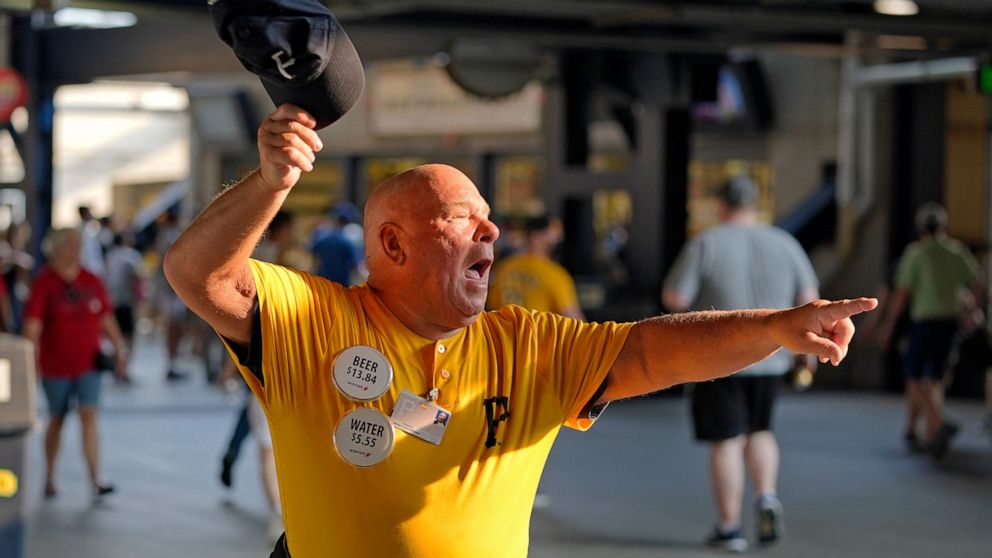 A suite attendant at the Miami Marlins’ home ballpark, Lisa Eckstein had a chance to reconnect with a familiar face when she returned to work this season.

“I have a guest I’ve taken care of for 18 years,” she said. “Their initial reaction was to come and hug me because we’re like family — and then we’re doing the elbow thing.”

It would be premature to say the scene at major league ballparks has completely returned to normal, but there’s no question this season has been a step in that direction — perhaps most crucially for the people who work there. With fans back in the stands and concessions being sold, ballpark employees had a chance to return after the pandemic hit many of them hard.

“For some of my coworkers it was pretty tough, because that was their only job,” said Eugenia Mays, who has worked at Coors Field in Denver for about two decades. “So unemployment was kicked in, food stamp was kicked in, and you just have to learn how to budget and how to do things off of that point. Some got other jobs, some had to buddy up with others to live together.”

After a significantly shortened 2020 season, baseball returned this year with at least some fans attending in person. All teams have now opened their parks to full capacity.

Delaware North, a concessionaire that operates at 11 big league ballparks, says it has recalled around 8,000 employees and hired around 3,000 new ones since Jan. 1 at those parks.

“We are continuing to recruit additional associates who have worked for Delaware North to come back and are seeing more do so now that they see our safe and exciting operations are back in action,” company spokesman Glen White said.

Eckstein recalled when the coronavirus crisis brought basketball and hockey to a standstill last year — and the start of the baseball season was postponed.

“We got an email that said go ahead and start your unemployment benefits because nobody knows what’s happening,” she said.

She described the unemployment system as a “nightmare” but said her union — Unite Here — was crucial in helping people navigate it.

Eckstein said she was apprehensive about going back to work this season. She hadn’t been going out much, except for groceries, but she knew there would be safety precautions.

“We had discussions that we would be afforded the PPP that we needed … that social distancing would occur, and if we had any difficulty, of course we always have someone to go back to besides the company, which would be the union,” she said. “It’s been very good as far as all that goes.”

Marlene Patrick-Cooper is president of Unite Here Local 23, which has members in the Washington, D.C., area, home of Nationals Park. She said workers would have to wait in line to clock in to start their shifts — but an app on employees’ phones helped alleviate that social distancing concern.

“They could use that as opposed to standing in line,” she said.

Eckstein said she was vaccinated by the second homestand, which was a relief. She said most people in her department came back to work, although she wasn’t sure if that was true in more cramped areas like concession stands.

Mays said some employees have had extra work because others didn’t return.

“I would prep for Infield Greens — that’s the salad bar,” she said. “Now, instead of prepping for just one place, I prep for two places. … I ping-pong back and forth to make sure they’re OK.”

White said Delaware North is having challenges recruiting for openings, especially cooks and other culinary positions. The company has held job fairs at ballparks in places like Atlanta, Detroit, St. Louis, Cleveland and Texas. It has also looked to nonprofit organizations for help.

“It’s an easy way for groups such as civic organizations, high school boosters, churches and other nonprofit groups to operate concessions at the stadium to raise funds for their respective organizations,” White said.

With the season now about half over, ballparks have slowly started buzzing again. This year is still different, but for many employees, the past couple months have been a welcome respite after a tumultuous year.