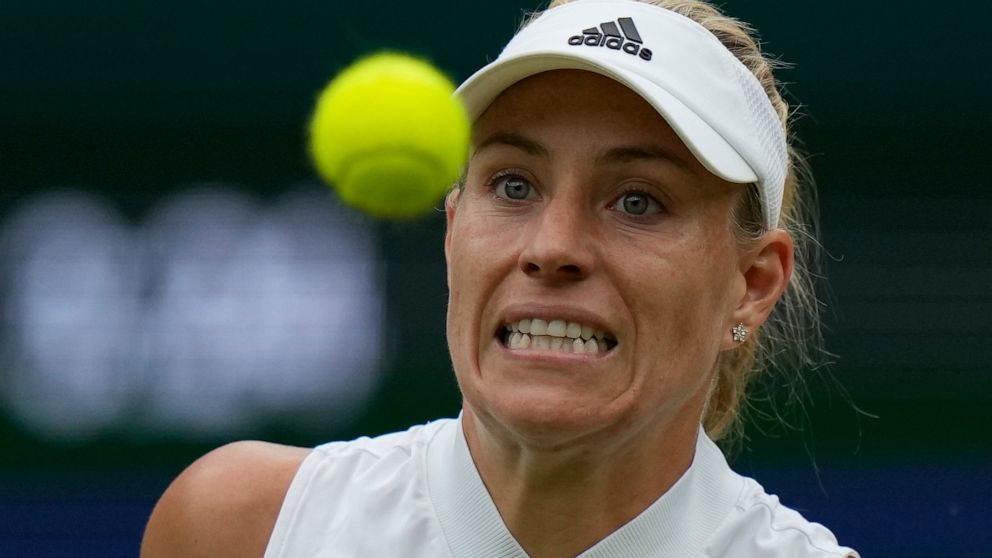 Of the four women’s semifinalists at Wimbledon, only 25th-seeded Angelique Kerber has been at this stage before at the All England Club. And now she faces the only other remaining woman with a Grand Slam title to her name, top-seeded Ash Barty. Kerber won Wimbledon in 2018, along with two other major titles in 2016, and looks to have rediscovered her best grass-court form this year. Barty won the 2019 French Open and is a former junior champion at Wimbledon. In the other semifinal, No. 2 Aryna Sabalenka tries to reach her first Grand Slam final when she plays No. 8 Karolina Pliskova, who lost to Kerber in the 2016 U.S. Open final. Pliskova has not dropped a set during this fortnight. The remaining quartet includes three women who have been ranked No. 1: Barty, Kerber and Pliskova.

STAT OF THE DAY

3 — The number of times Federer has lost a set by a 6-0 score in 429 career Grand Slam matches. Before Wednesday, the only other shutout sets at majors for Federer came at the French Open — in his very first Slam match against Pat Rafter in 1999, and in the final against Rafael Nadal in 2008.

QUOTE OF THE DAY

“I don’t know. I really don’t know.” — Federer, asked whether this might have been his last appearance at Wimbledon, which he has won a men’s-record eight times.