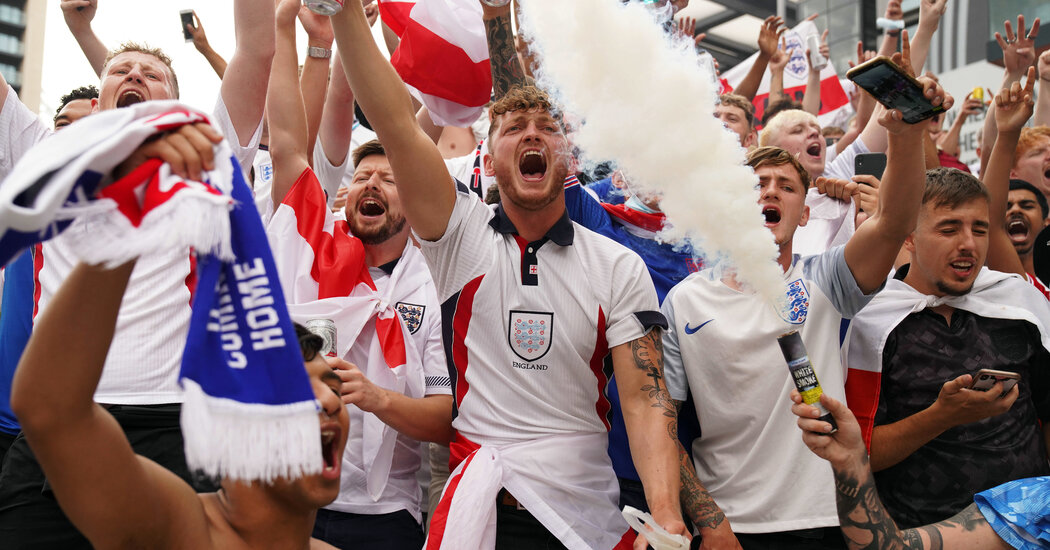 As fans filled the streets outside Wembley again on Sunday ahead of the Euro 2020 final, it is worth remembering that it was not by chance that all four semifinalists — England, Italy, Spain and Denmark — played all three of their group games at home, reducing the amount of time and energy they might have lost to travel over the course of the monthlong championship.

Scheduling, too, was most likely a relevant factor in how much Denmark tired in its semifinal against England, days after it had been forced to travel to Baku, Azerbaijan, in the previous round, while England had made the comparatively shorter trip — its only venture outside it borders in a month — to Rome.

There is always a host nation at a major tournament, of course, and the host nation always has an advantage — in surroundings, in scheduling, in stadiums. But in ordinary circumstances, every team in the tournament takes a base in that country to reduce travel time. On a practical if not a spiritual level, the playing field is level.

But even before the pandemic, Euro 2020 was a logistical nightmare: 11 stadiums in 11 cities spread across four time zones, all subject to different local conditions. There will be no appetite within European soccer to stage a pan-continental tournament again.

And that, frankly, is a good thing. Not simply because something is lost, however slight and insignificant, when a tournament is not hosted by a single nation — drawing in fans from across the world, changing the fabric of the place it calls home, even if it is only for a month — but because the diffusion of the games has compromised the integrity of the competition.

That does not mean either Italy or England will be an undeserving champion. They have been the two best teams in the tournament (rather than the two with the most talented individuals). Both warrant their places in the final. But both have enjoyed far from universal conditions.

It would be helpful if that did not happen again.