Why U.S. Basketball May Not Coast Through the Olympics 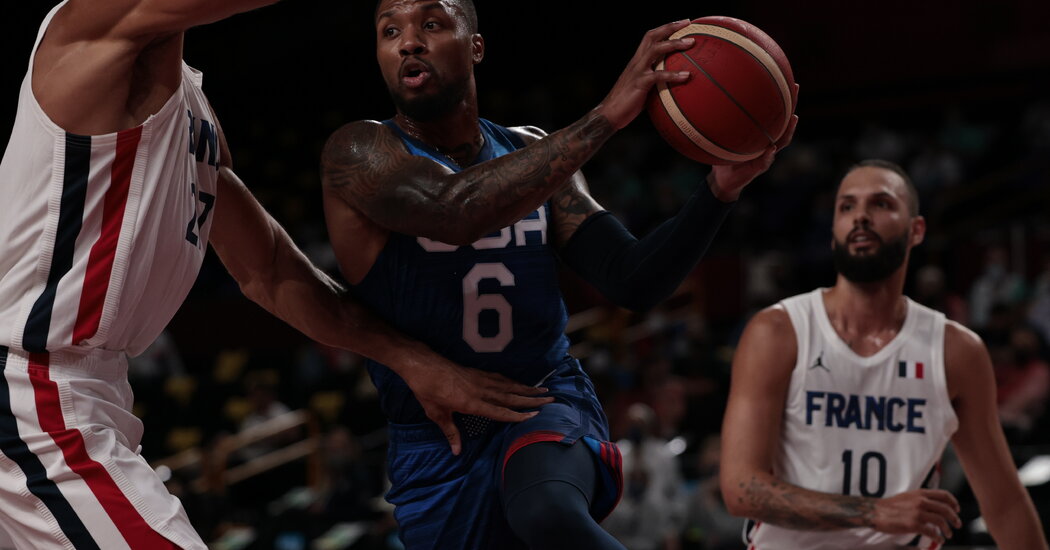 But, in some ways, that is what they still try to do.

Only two players who appeared on the United States’ 12-man roster at the world championships in 2019 are back for the Olympics: Khris Middleton and Jayson Tatum. For comparison’s sake, seven players are back for France, and Vincent Collet, the French coach, has been at the team’s helm since 2009.

“A lot of these teams have been planning for five, 10 years,” Draymond Green said, “and the consistency, the continuity that they have in their offense, the familiarity that they have among each other, that’s the one thing that we can never substitute for.”

For all their talent, the Americans do not have all of their best players, or the ones most experienced in international competition, here in Japan. Stars like LeBron James, Stephen Curry and James Harden, to name a few, stayed home. Imagine Cristiano Ronaldo sitting out a World Cup.

But priorities are different among the current crop of U.S. players, and the Olympics are not the World Cup — not to the Americans, at least. It was eye-opening, for instance, to hear Luka Doncic, the Dallas Mavericks’ star point guard, say before the tournament that he would rather win a gold medal with Slovenia than an N.B.A. title.

Taken together, these are not ideal conditions for success. Rudy Gobert of France — and the Utah Jazz — sounded almost sympathetic after the game explaining all the little aspects of international play — the officiating, particularly — that Americans would find unfamiliar and discomfiting.

“I mean, there’s a lot of nuances,” Gobert said.

The United States will be OK for now. As Hammad Haddaddi of Iran, the Americans’ opponent on Wednesday, helpfully pointed out, “They’re much, much, much better than us.”

But Sunday’s loss carried warning signs about the limits of raw ability.

Popovich, for example, was frustrated by what he called “dry possessions,” moments when the team’s offense looked lethargic and failed to score. France, in comparison, looked smooth, self-assured, self-aware.