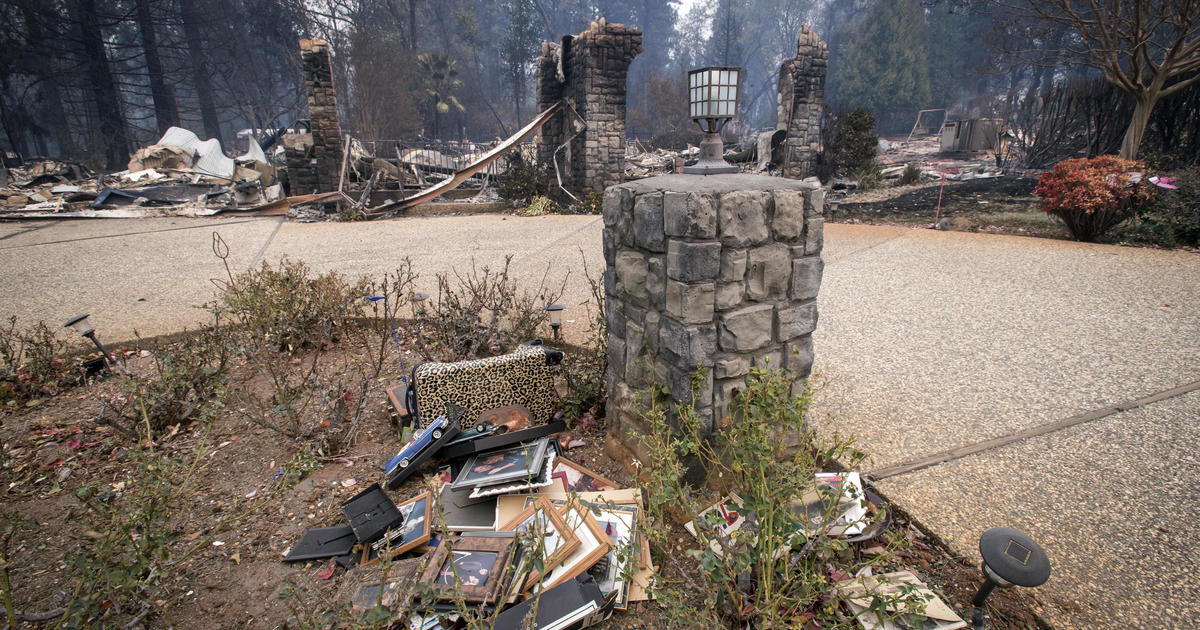 As climate change worsens extreme weather events like the record-breaking heat in the Pacific Northwest last month, another concern looms — that the impact on companies from global warming could incinerate people’s retirement savings.

Pensions and 401(k) plans are “vulnerable,” along with the rest of the global economy, to climate risks, the Government Accountability Office told Congress in a recent report that looked at the potential threat to federal employees. And costs from disasters such as drought, wildfires, flooding — as well as the long-term expense of shifting from fossil fuel to renewable energy — can boost corporate and broader economic losses, the agency warned.

People are starting to “really make the link to saying, ‘As I think about this, is my retirement portfolio at risk?'” Emily Kreps, global director of capital markets for CDP, a nonprofit group that tracks climate information for investors, told CBS MoneyWatch.

Roughly two-thirds of major global companies owned buildings, plants or other assets “at high risk of physical climate change impacts,” according to a 2020 analysis from Trucost, an affiliate of S&P Global Market Intelligence. The greatest risks come from wildfires, water shortages, heatwaves and hurricanes, according to the research firm.

Some sectors, like fossil fuel companies, are at “heightened risk,” according to GAO. Annual investment returns from the coal, oil and gas industry could each drop about 9% every year through 2050 under one scenario, the agency notes, citing a 2019 report led by advisory firm Mercer. And that assumes global temperatures don’t rise by more than 2 degrees Celsius, as some scientists fear it might.

Utility companies’ annual investment returns may decline 3%, according to the report, while renewable energy, like solar, could see a rise of up to 3%. Big players that sell consumer staples, such as food, beverages and household products are also vulnerable to extreme weather given rising concerns about access to water and risks to crops.

Mother of all risks

Investors increasingly focusing on climate change not only because of the heightened risks, but also because of the opportunity to market new products. Large private money managers like BlackRock are adding “Environmental, Social and Governance” (ESG) funds to their portfolio lineups to meet surging investor demand. ESG mutual fund and ETF investments rose to $51 billion in 2020, up almost tenfold since 2018, according to Morningstar.

Concern over climate change is now growing in a way that wasn’t as common even five years ago, Jon Hale, director of ESG strategy at Morningstar, told CBS MoneyWatch.

“You see it both in terms of actual events that people can relate to, whether you’re a worker with a retirement plan or whether you’re an asset manager that runs a fund. That’s one thing,” Hale said. “The other is just the growing, growing momentum for regulation of carbon emissions.”

In the U.S., professional money managers in 2019 used sustainable investing strategies, including those tied to climate, to manage one of every three dollars — some $17 trillion in assets like mutual funds and ETFs, according to a U.S. SIF Foundation report.

By contrast, accurately estimating the potential impact of climate on retirement portfolios in dollars and cents is hard. That’s because it involves making complicated assumptions about potential environmental regulations, consequences like sea level rise and the effects of extreme weather on physical infrastructure.

“It’s an enormously complex issue,” Hale said. “There’s just no way you could say that … professional investors have a handle on it or that it’s priced into the market.”

A need for better disclosure

Another impediment: Despite growing awareness of the potential climate impact on companies, for now there are no standards about exactly how businesses should quantify that threat and to what extent they need to disclose such “material risks” to the U.S. Securities and Exchange Commission. The agency is now considering adding a rule mandating climate risk disclosure for companies.

Unlike private money managers, the government board overseeing federal employee portfolios, called the Thrift Savings Plan, uses a “passive” investment strategy — mostly putting people’s money in index funds rather than actively seeking out specialized funds like ESG mutual funds or ETFs. The TSP is expected to allow individual investors to access a “mutual fund window” starting in 2022 that lets employees make some choices, including ESG funds.

Under current law, the TSP is not allowed to direct investments to specific companies or exercise voting rights to voice an opinion. Yet it operates the largest planned benefit plan in the U.S. with more than $700 billion assets for 6 million participants.

“With appropriate education, individuals in that plan could potentially redirect their investments to [account for] climate risks, but again that’s throwing it all on the shoulders of individual workers who aren’t necessarily investment experts,” Hale said.

The wide array of what companies report — or don’t report — can make evaluating risk confusing even for professionals, he added.

Climate change doesn’t post a threat only to investment funds meant to safeguard and grow retiree savings. The value of real estate — typically the single biggest investment Americans make — is also affected by flooding, drought and other extreme weather exacerbated by global warming.

Homeowners can expect to pay out $20 billion this year tied to flooding alone, while insurance premiums are expected to rise along with sea levels, the nonprofit First Street Foundation found.

Residents affected by a natural disaster often see a decline in credit scores, are more liable to fall behind on bills and can experience a cascade of financial consequences, including bankruptcy and homelessness, an Urban Institute analysis found.

Financial experts advise retirees and those nearing retirement to consider whether they live in a flood plain, tornado or hurricane alley, or drought-prone area. That could involve taking actions to shore up a property, like putting a house on stilts or rebuilding a roof, or even moving to a safer area, said economist Olivia S. Mitchell, director of the Boettner Center for Pensions and Retirement Security at the University of Pennsylvania’s Wharton School.

“This is a highly disruptive set of events to plan for,” Mitchell told CBS MoneyWatch.