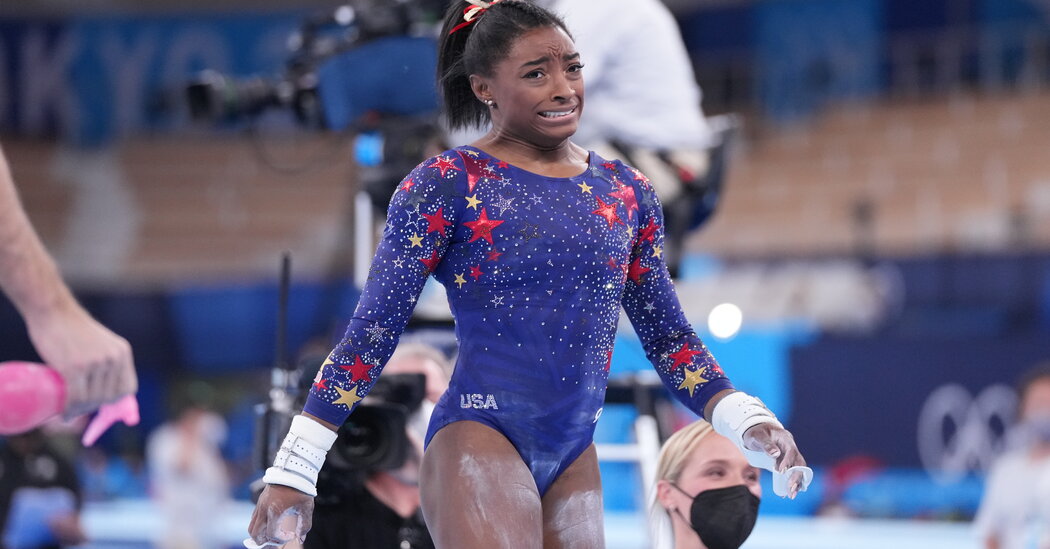 The United States is betting on Chiles, who fell in the qualification, to return to her usual rock-solid form. On the bars, Lee will aim to link her most demanding skills so that her routine, the hardest in the world, earns its maximum difficulty score. McCallum is key on the vault and will look to boost her beam and floor scores.

Jade Carey and MyKayla Skinner will be absent, as they are non-team competitors. Carey will return for the vault and floor finals next week. Skinner, however, will be the first U.S. gymnast in 33 years not to win an Olympic medal, despite outscoring some Americans in the qualification. She is also missing out on individual finals because of the two-per-country rule, but she qualified third on the vault and 11th in the all-around.

China and Russia were initially projected to vie for the silver medal. That outlook has changed.

Expect the Russian team, led by the Olympic veteran Angelina Melnikova, to wow on the uneven bars. The team’s biggest liability, however, is the beam. The Russians earned the top score there on Sunday, but face pressure to repeat that showing if they want any scoring cushion. Also, Russia benefited most from the delay in the Olympic year: Viktoria Listunova, 16, would have been too young to compete had the Games been held in 2020.

Russia qualified ahead of China by nearly five points. The Chinese team will need to put up high marks on the beam, its signature event, but even perfection there won’t make up for any weakness on the vault and in the floor exercise. Tang Xijing, who placed second to Biles in the all-around at the most recent world championships, is crucial to the team’s hopes: She is the only Chinese gymnast competing in each event in the final.

France had a great first outing, qualifying fourth. By contrast, Japan qualified eighth. Mélanie de Jesus dos Santos, the top French gymnast, and Mai Murakami, Japan’s multiple world medalist, will need to have extraordinary meets — and need the top teams to have some falls — for their countries to medal.

Britain and Italy will probably have a hard time contending for the podium. Britain had a tough qualification after leaving the veteran Becky Downie at home, despite her big scoring potential on the bars. Italy’s top gymnast, Giorgia Villa, is absent because of an ankle injury.

The Belgian team qualified in fifth place, ensuring its best finish in the team event since 1948, when it placed 11th. The Belgians are best known for their quirky choreography on floor, and for Nina Derwael, the world champion who qualified ahead of Lee on the bars.