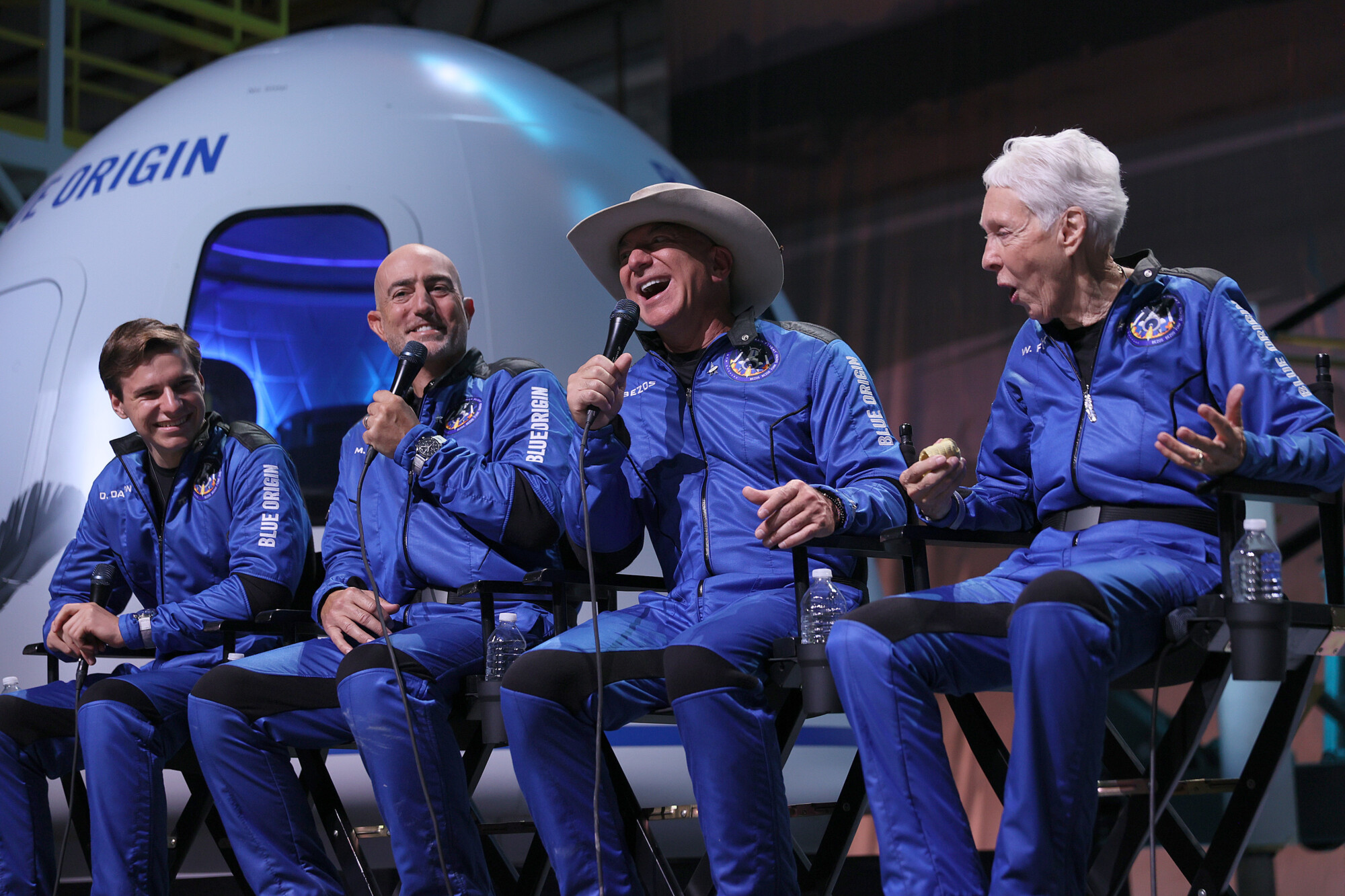 Jeff Bezos has made it into space, riding his own company’s rocket.

It was Blue Origin’s first flight with people on board after 15 test flights.

“We’re going to build a road to space so that our kids and their kids can build a future and we need to do that,” Bezos said at a news conference after the flight. “We need to do that to solve the problems here on Earth.”

The Amazon founder blasted into space Tuesday with a hand-picked group that included his younger brother, Mark; Oliver Daemen, an 18-year-old from the Netherlands; and Wally Funk, an 82-year-old aviation pioneer from the Dallas area.

Funk was one of 13 female pilots who went through the same tests as NASA’s all-male astronaut corps in the early 1960s but never made it into space.

She and Daemen are the oldest and youngest to ever hurtle off the planet.

Their capsule landed 10 minutes later on the desert floor in West Texas.

Named after America’s first astronaut, the New Shepard rocket soared on the 52nd anniversary of the Apollo 11 moon landing.