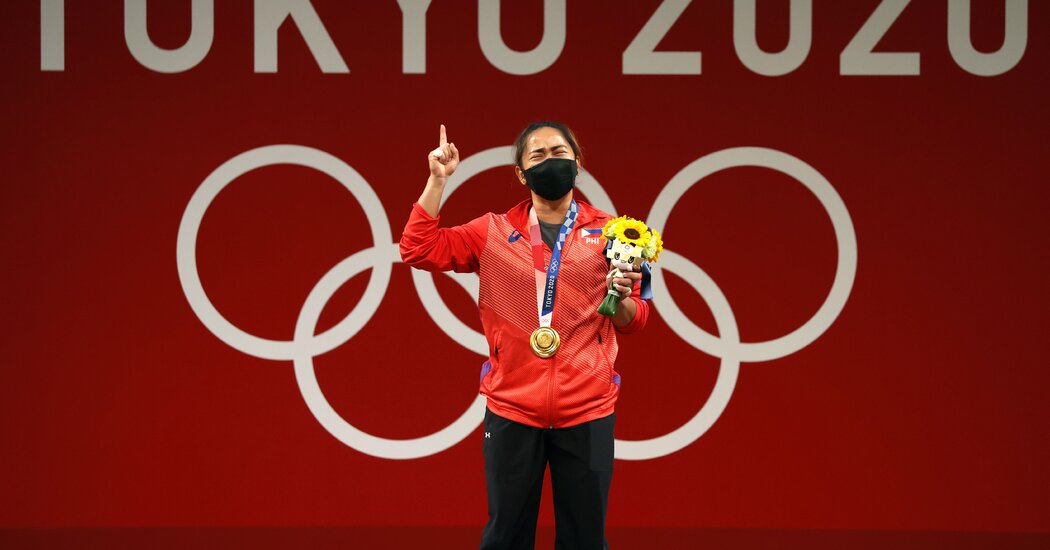 The gold was hers.

The second youngest of six siblings, Diaz grew up in the southern Philippine city of Zamboanga, a place intermittently seized by sectarian conflict. Her family was poor, and she tried weight lifting as an 11 year old, tagging along with the older boys of her family.

It turned out she could lift more than the boys. She started out with pieces of wood, then jeep wheel protectors, then blocks of cement.

She eventually was recruited to the Philippine national team, but when sports officials mentioned the 2008 Beijing Olympics to her, she didn’t know what the Games were, she said. As a 17 year old at those Games, she was the youngest female weight lifter in competition.

In 2012, Diaz sustained an injury that left her mentally and physically drained, she said. Quitting weight lifting, though, didn’t seem an option.

“It was just survival,” she said. “I’m the breadwinner in my family.”

But the fun eventually returned, and Diaz won a silver in Rio. Desperate for a gold medal, the Philippine sporting establishment convinced her not to retire before Tokyo.

The Philippines is crazy for sports. During the years of American colonization, the Y.M.C.A. introduced a new sport played with a ball and fruit baskets. Today, basketball is ubiquitous across the archipelago. Boxing is popular, too, especially after Manny Pacquiao, the longtime champion turned politician, burst onto the scene.

Since the early days of the pandemic, Diaz has been training in Malaysia, staying away from the Philippines, where cases proliferated despite a strict lockdown.