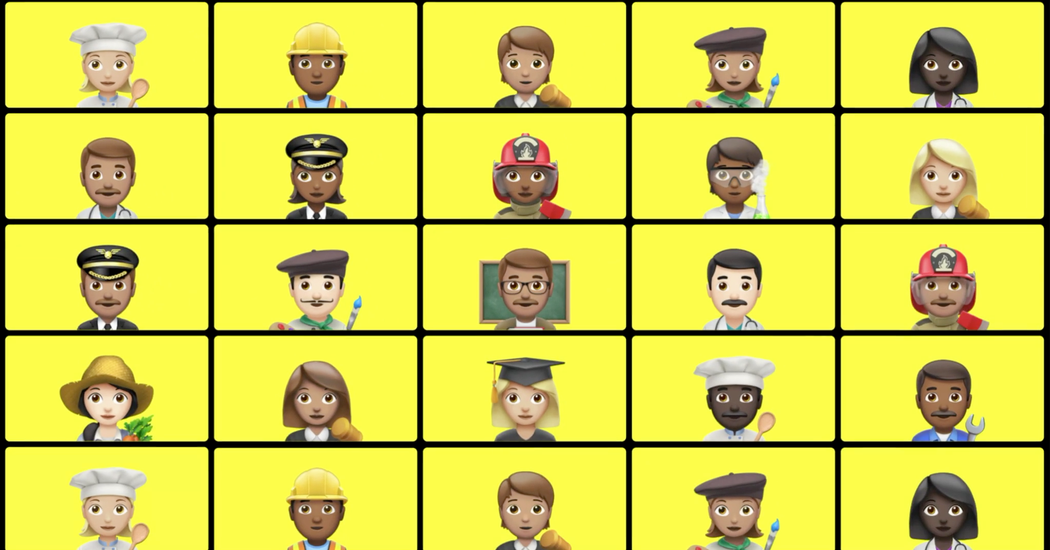 One promise of technology is that it is a great equalizer. But the reality hasn’t been quite that simple.

The infusion of technology into more industries is one factor that has ﻿led to a division of the American work force between promising jobs with good salaries and low-wage work with less possibility of advancement. My colleague Ben Casselman recently wrote about the pandemic causing more companies to use automation, which could eliminate jobs and erode bargaining power, particularly for lower-paid service workers.

Remote work could further widen the divide if it sticks around as another legacy of the pandemic. Professionals with desk jobs might have the option to untether themselves, at least part time, from a physical work location. But you can’t butcher cattle, take care of children or repave a highway by Zoom.

Apple has plans for a new pilot program that might show that there could be a more democratic path for remote work. The company said that it would experiment with letting its retail store employees work partly outside a store location, Bloomberg News reported last week. Even before the coronavirus, more customer service jobs had been shifting from call centers to remote at least part of the time, too.

It’s an intriguing sign that technology could make the option of remote work available to more than just professionals, who are a minority of the American work force. Only about one in six U.S. employees have been working remotely during the pandemic.

I will acknowledge that Apple might be an outlier, and that working for one of its retail stores is different from other kinds of in-person work. Apple store workers can offer technical advice or handle online sales without being face-to-face with customers. That’s not as easy for people employed in most other retail jobs, or in health care, manufacturing, construction and restaurants.

But one thing we should take away from this pandemic is that it most likely won’t be the last crisis that disrupts normal life. It’s good if more people, businesses, governments and technologists are thinking now about how to make it possible to do more activities temporarily online — not as a nice-to-have for a select few, but as a necessity for everyone.

That requires tackling America’s unequal and ineffective internet system and changing the mind-sets of employers and employees about working away from a job location. And it might require technologies to reimagine remote work for more kinds of workers. Schools were forced to go online in an emergency, and it didn’t go very well for many people. But we might not have a choice if future pandemics, climate change-related wildfires or other emergencies again interrupt school, work and life.

The good news is that technology has already made a leap like this before — from the professional classes to everyone. Computers used to be confined to beige boxes that sat on office desks. Now almost every business and worker relies on technology in some form every day — for better and sometimes for worse.

To prepare for a future that might be marred by more crises that force us apart, we should focus on technologies that make it possible for people to be apart and still muddle through as best as we can online.

Tip of the Week

It’s a bad time to buy a new phone

Unless you accidentally broke your phone during holiday weekend celebrations, it might not be a great idea to buy a new smartphone right now. Brian X. Chen, the consumer technology columnist for The New York Times, explains why.

Now is the best time to wait to buy a shiny new phone. Similar to clothing, tech products have seasonality. Companies typically release their big phone upgrades in the fall, ahead of the holiday shopping season.

That means if you bought the current model iPhone 12 or Pixel 5 today, you might feel disappointed in a few months when Apple and Google release the successors to those phones and cut prices on previous models.

There are some safer buys right now. Generally, anything released in the last six months probably isn’t due for a refresh until next year. Apple typically releases new models of its tablets in the spring, for example, so now is a fine time to grab a new iPad. But it may still be better to wait because retailers often slash prices on tablets during Black Friday.

My advice: Keep thy credit cards in your wallet. In the meantime, you can revisit my column on how to make your tech last longer by taking steps like installing a fresh battery, doing a deep clean and decluttering your data. You might end up changing your mind altogether about buying something new.

The Chinese government is the boss. Didi, the large on-demand ride company in China, was pulled off the country’s app stores because China’s internet regulator said it was concerned over how the company handled customer data. My colleague Ray Zhong writes that orders affecting Didi and two other tech companies that recently went public in the United States show that China’s authorities are calling the shots in business.

Where there’s a will (and money), there’s a way: My colleague Erin Woo reports on start-ups that are pitching companies on technologies to make it easier or more productive for office jobs to go remote. One start-up makes an owl-shaped speaker that stands in for a remote worker during a meeting and “automatically zooms in on the person who is speaking.”

The snapshots of text on your phone are not all pointless clutter. “If memories are what make us human, then our screenshots tell a story about who we are in the digital age,” Clio Chang writes for The New York Times Magazine.

Amazing catch, kid! Thanks to an On Tech reader — Scott Lewis in Ellensburg, Wash. — for suggesting this highlight from a recent baseball game in Pittsburgh. Here’s more about that talented fan, 11-year-old Christian Gale.