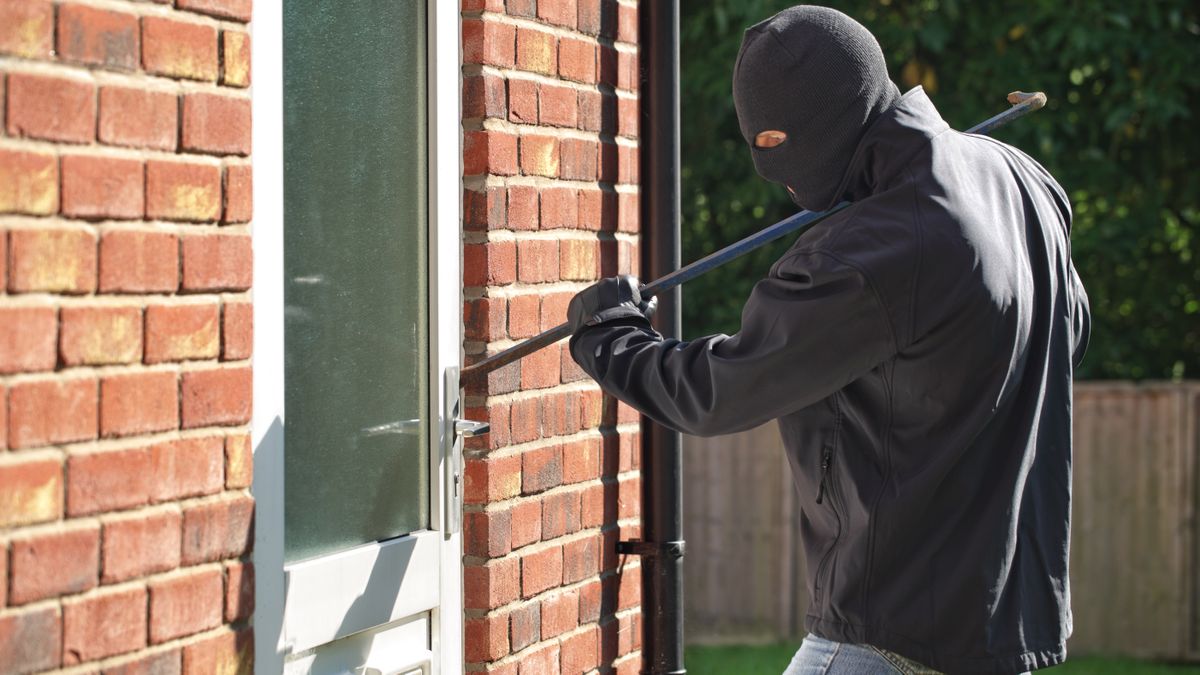 Smart home security devices are a great tool for protecting your property when you’re not around. More affordable than traditional CCTV systems, they can be self-installed and ensure you can view a live feed from the camera through your smartphone even when you’re not at home.

It’s clear consumers really do believe the best home security cameras and the best video doorbells are an essential tool when it comes to deterring burglars – one in five US homes has a home security camera installed, according to security site Safety.com’s recent home protection survey.

But can these cameras really stop you getting burgled? We spoke to a former thief to find out his take on whether self-installed cameras really do mean a burglar is less likely to target your home.

If you’re certain you want to get your hands on the best home security cameras now, rather than read on for a burglar’s opinion, then check out these great deals for some of the best on the market.

As far as Luke Harris, a former burglar-turned-security-consultant at smart alarm firm Boundary, is concerned, home security cameras really do make thieves think twice before breaking into your property.

“In a burglar’s mind, when they are scoping out a property, they want to be in and out as quickly as they can, with as little chance of getting caught as possible. This means that any visual or physical deterrent – whether it be outdoor lighting, a security camera, or a visible alarm – can put them off,” Harris told TechRadar.

Harris was just 12 years old when he started breaking into his neighbors’ houses to steal cigarettes. Having been kicked out the family home at 15, his descent into criminal activity continued, as he regularly committed burglaries, until at 26 he decided he had had enough

He took a job as a kitchen porter and worked his way up to chef, but when the pandemic struck, he lost his job. In September 2020, Harris saw a plea from Boundry for a reformed burglar to act as a security consultant and stress test the firm’s new security systems. He decided to use his misdemeanors to his advantage and beat around 50 other applicants to the role.

“Spotting a security camera is likely to stop a burglar in their tracks, as they not only know that the property is well protected, but also that there is a chance that their face is being recorded and passed on to the police,” Harris added.

It seems obvious, but this means clearly visible outdoor home security cameras installed on the exterior of your home will offer greater deterrent than those located inside your home.

Many security cameras, such as those from Arlo, Ring and Eufy, are powered by a rechargeable battery, which means you have more flexibility on where they can be mounted, so it’s important to ensure they are in a location that is immediately obvious to anyone approaching the property.

Some home security cameras such as the Arlo Pro 4 or the Ring Spotlight Cam have swappable batteries. So, provided you purchase an additional battery, you’ll be able to get the camera back online in seconds when the battery dies, rather than leaving it out of action for hours while the built-in battery recharges.

“No burglar likes being caught on camera, so breaking into a house and seeing one would be enough to at least make them think twice,” he said.

However, he adds that smart security devices such as motion sensors that trigger loud alarms “are more likely to stop a burglar in their tracks. If you have a limited budget when it comes to smart security, it’s clear it’s better to focus on exterior home security cameras, and smart alarm components.

Do I really need a subscription for a home security camera?

As Harris points out, home security cameras offer the chance to pass footage of the perpetrator onto the Police should something happen. However, many require a subscription to ensure you can review the video recorded at a later date, and download the clips so they can be shared with law enforcement. We’d highly recommend signing-up to one of these subscriptions so if the worst happens, you can share the footage with those necessary.

Others, such as the Arlo Ultra and Arlo Ultra 2, offer the option of local storage through a micro SD card inserted into the base station that connects the cameras to the internet.  However, it’s worth noting that video clips stored this way can’t be played back through the app – instead, the micro SD card must be inserted into a computer to review the stored footage.

Shine a light on intruders

“…that can be a light coming on, an alarm going off, or even a security camera being noticed,” added Harris.

With this in mind, consider a home security camera with a built-in light that can illuminate automatically when motion is detected, such as the Arlo Pro 3 floodlight, as well as the Ring Floodlight Cam and the new Google Nest Cam Floodlight – both of which are mains-powered and will requires professional installation if you don’t have the right skills and qualifications.

Harris concludes by saying that while these are a good choice, they will only offer so much protection:

“I would say that a security camera shouldn’t be your only line of defense; in order to keep burglars out fully you will want an integrated smart alarm system, ideally with an automated police response as well, just to be sure.”

As far as Harris is concerned, you don’t have to rely on smart home devices to deter burglars, there are some very simple steps you can take to help dismayed thieves from attempting to break into your home.

Loud noisesIt may seem obvious but loud noises put burglars off the most – but this comes in many forms. Alarms are most effective, but even laying down gravel up to the driveway, or ensuring the only way into your home is by breaking a window, can all deter thieves. Lights Similarly, lights of all varieties are a good way to deter a burglar from trying to gain entry to a property, as they will want to do so, unseen. Motion-triggered lights are great for this, but even decorative lighting that illuminates the front of your home can be enough to put some people off. Pretend to be homeAlthough many burglaries do still occur when the owner is home, it is infinitely riskier to attempt, and enough to turn many thieves away. If you do have to go away for any period of time, leaving the TV or radio on, or timing lights to come on, are good ways to pretend you’re in.Nosy neighborsThere is nothing worse for a burglar than a street full of people looking out for one another; your neighbors are one of your best defenses against theft. Asking them to pop in if you have to go out, and generally just having people look out for your property, is a really sensible idea to protect your home.  Obvious home securityThe best deterrent to a burglar is a proper home security system, so if your house shows obvious signs that it has one of these, the more likely it is the burglars will stay away. Whether this is a camera on the porch or an alarm on the outside of the house, make it obvious that you are protected