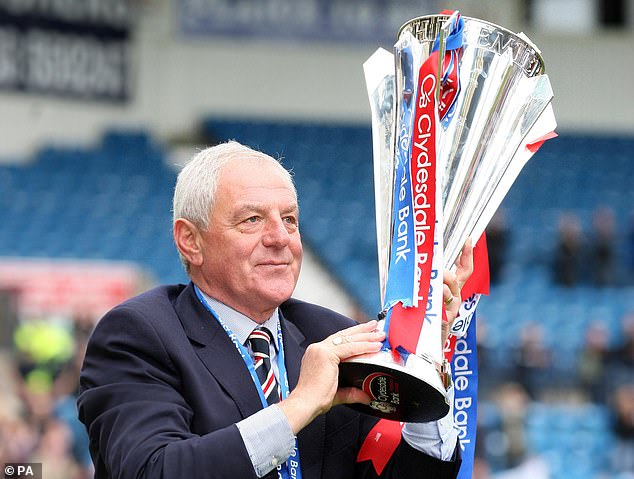 By Harry Slavin For Mailonline

Walter Smith, the former Rangers and Scotland manager, has died at the age of 73 his former club have announced.

Smith is one of the most important figures in Ibrox history, winning 10 league titles as manager over two spells – including seven in a row towards the clubs historic run of nine in a row.

Smith also had a spell as manager of Everton, taking charge at Goodison Park from 1998 to 2002.

Walter Smith, the legendary Rangers and Scotland boss, has passed away at the age of 73

He was also Scotland boss from 2004 to 2007, guiding them to a famous victory over World Cup runners up France in October 2006 and seeing them launch

In a statement on the Rangers official website, the club wrote: ‘It is with prfound sadness that we announce the passing of our former manager, chairman and club legend, Walter Smith.’