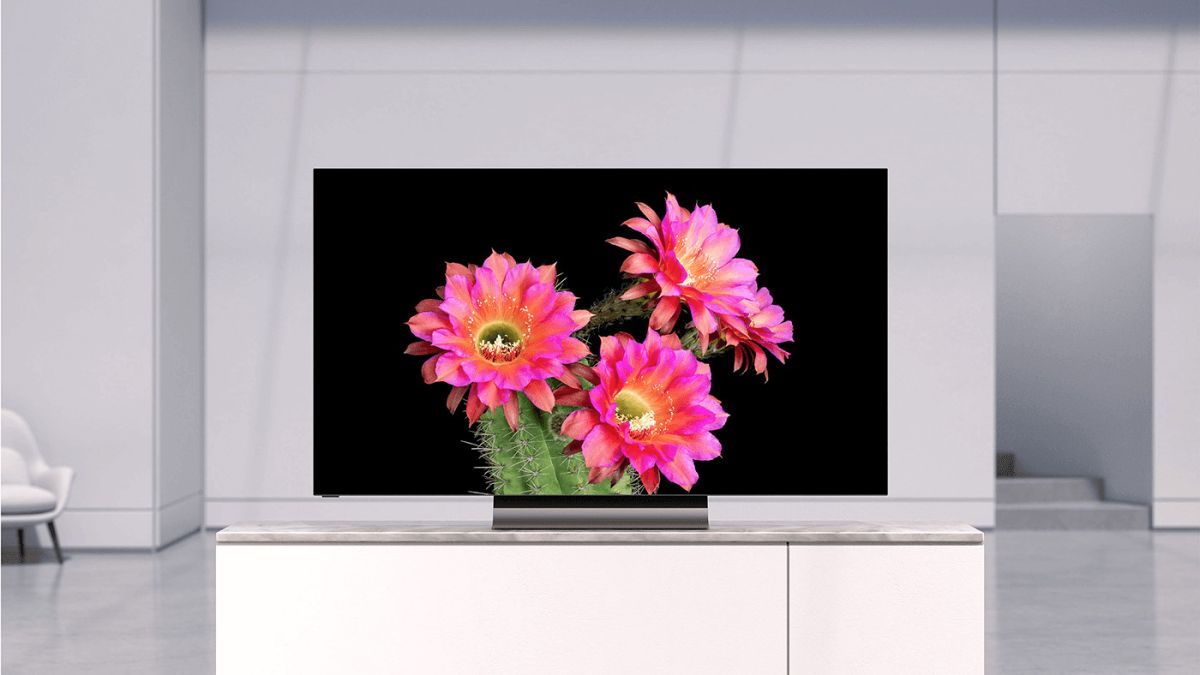 The Vizio OLED TV – officially called the H1 – is a cheaper alternative to the more premium screens that LG and Sony have been producing for the past few years. If you don’t have the option to really splash out, the Vizio OLED has most of the same key features and it offers largely similar performance as other OLEDs, and it’s much cheaper, too.

As an OLED screen, the Vizio OLED has both some big advantages (as well as a few flaws) worth pointing out up front. For positives, we have exceptional black levels and an impressively thin chassis. The benefits of OLED are naturally present, too, including exceptional contrast and wider viewing angles. The downside is that OLEDs in general aren’t as bright as their LED-LCD counterparts, and Vizio’s OLED in particular is dimmer than most.

Compounding the problems of the TV is Vizio’s SmartCast platform, which is missing a few key apps and can be a bit slow after startup. We also feel that the upscaling on the Vizio OLED isn’t as strong as LG or Sony’s upscaling algorithms as we spotted a heavy grain on HD sources on more than one occasion.

What you’re left with, after you consider all the details, is a good budget OLED that excels at 4K HDR content and stumbles slightly with HD upscaling. It has some issues right now, but we’re hoping that those will be fixed in the near future with over-the-air updates. The LG CX OLED is still our recommended OLED TV despite it costing more, but the Vizio OLED gives us hope that maybe next year’s model will be able to rival – or even surpass – the category leaders without breaking the bank.

The Vizio OLED (OLED55-H1 and OLED65-H1) is the first-generation OLED TV from Vizio that became available in the middle of 2020. It made its debut earlier that year at CES 2020, and will remain part of the company’s 2021 collection.

So how does this stack up against the competition? Well, the Vizio OLED proves the company is serious about making a very affordable, budget-friendly OLED TV that no one else has been brave enough to make.

The affordability is great one of the TV’s biggest strengths, and we’re hoping that this version is just the beginning of many more low-cost OLEDs to come.

The LG CX OLED is a good reference point for the Vizio OLED – not just because the two TVs use the same panel technology, but because they share a number of similarities in terms of design. The unibody swooped stand, for example, is more prominent on the Vizio OLED, but looks remarkably similar to the one you’d find on the LG CX. Regardless of which OLED you opt for, you’ll find a nearly bezel-free design that looks incredibly slim and will look right at home on the wall.

Specifically, in the Vizio’s case, there’s also a pretty intelligent cable management system in the back that allows you to weave your HDMI and audio cables up through the back of the pedestal and hides them behind plastic paneling.

Speaking of ports, the Vizio OLED has four HDMI ports, two of which are supposed to support 4K/120Hz (HDMI 2 and 3) to support the PS5 and Xbox Series X.

When we first tested the TV in December, we had severe issues trying to connect the new PS5 to the VIzio OLED, even after manually setting the input to HDMI 2.1 and turning off Variable Refresh Rate. In the end, all the PS5 would display was a checkerboard pattern of fuzzy lines while the Xbox Series X eventually could display 4K content, but only at 60Hz. That said, Vizio recently deployed a new firmware update that appears to have fixed the majority of the problems.

While the HDMI issues are now a thing of the past, we can’t say the same about the included remote: it’s IR-based and therefore can’t be used for voice search, which feels like a cop out on an otherwise premium TV. But, if you’ve ever owned a Vizio TV before, you know what you’re getting as it’s similar to the remote Vizio has shipped for the last few years and now comes with a few more quick start buttons for apps and concave home and WatchFree buttons to help you navigate it in the dark.

Is it the best remote we’ve tested on a TV? No, absolutely not. But, in Vizio’s defense, it’s not the worst, either.

Like other Vizio TVs, the new OLED H1 uses the company’s proprietary SmartCast platform that acts as both a Chromecast built-in system with AirPlay as well as a standard smart platform with apps like Netflix, Hulu and others.

The complete lineup of apps on SmartCast currently includes Netflix, Amazon Prime Video, Hulu, Vudu, Apple TV, YouTube, YouTube TV, Xumo, Peacock, CBS All-Access, Fandango and a few music streaming apps like Pandora, Tidal and iHeartRadio. In fact, the only major app missing, as far as we can tell, is HBO Max – which is a bummer but not a deal-breaker.

On top of all those apps, SmartCast also has Vizio’s WatchFree app that allows you to stream some content for free with ads. It doesn’t have the absolute best selection of content, but it’s still an invaluable resource for cord-cutters who want live cable-free, and a great alternative to channel surfing for folks who still have a box.

For smart home enthusiasts, SmartCast integrates with both Amazon Alexa and Google Assistant smart speakers, but neither assistant is included on the device itself.

The big problem with SmartCast is that it doesn’t always perform well. In particular we had problems getting the Chromecast and AirPlay modes to work properly and the TV wasn’t always the most responsive right after startup.

If you can overlook those hiccups and slower performance speeds, however, SmartCast is a decent, versatile alternative to some 4K streaming media players.

As a whole, without talking about the connection issues, there’s so much good to say about the Vizio OLED’s performance. With the right content and settings, it rivals screens that cost twice as much.

The biggest highlights for us during our testing was the incredibly sumptuous black levels and perfectly saturated images in 4K HDR content. The opening of Mulan, in Dolby Vision through Disney Plus, looks truly incredible. The verdant green fields of rural China and vibrant towns full of rich fabrics, simply look stunning. It’s the kind of image quality that holds you in place and makes you feel like you’re in your own personal cinema.

We saw similar results literally any time we put on 4K HDR content, whether that was from Amazon Prime Video, Netflix or Disney Plus, and regardless of what type of film we were watching. With the right content, this TV definitely has the right wow factor.

That said, there are two pretty big issues that are worth pointing out here. The first is that, because it’s an OLED TV, it simply doesn’t get as bright as a rival QLED TV would. That’s not a big deal if you’re watching the Vizio OLED in a light-controlled room, but it can be tough to appreciate all the details of a dark scene in a brightly lit living room.

The other issue is that, based on what we saw, the HD-to-4K upscaling through the Vizio IQ Ultra processor leaves a lot to be desired. Fairly recent films like Fast Five in HD streaming from HBO Max had a layer of film grain that had absolutely no right to be there, and the TV did very little to make 720p or 1080p cable content look good on its 65-inch screen.

Overall, we much prefer the look of HD content on comparable Sony or LG OLEDs, but we’re hoping that this is an area Vizio will really improve upon in the coming year.

To end on a positive note, we were pleased with the wide viewing angles on the Vizio OLED – you could sit as far as 60 degrees off-axis and still retain much of the color saturation. It’s not something we’d recommend if you can avoid it, but friends and family will still be able to enjoy the TV even if they’re not sitting directly in front of it.

It’s a big claim to make, but out of all the TVs we tested this year, the Vizio OLED TV is one of the highest performing when it comes to audio.

Thanks to the DTS Virtual:X integration, the Vizio OLED has a wide, full soundstage that can effectively fill the room with full faux-surround sound. Dialogue stays incredibly clear despite some hefty lows and treble, and even at lower volumes, there’s a lot of clarity there.

Of course, if you’re looking for something to shake the walls and rattle the windows, the Vizio OLED’s built-in speakers aren’t going to cut it – instead, you’re going to need to need a soundbar. The one we’d recommend pairing with this TV is Vizio’s own Elevate 5.1.4  Dolby Atmos system that brings a substantial amount of bass and object-based surround sound.

Thanks to ARC, connecting the soundbar to the OLED is as easy as plugging an HDMI cable into the HDMI 1 port, and then using a single remote to then control both the soundbar and TV.

Should you buy the Vizio OLED TV?

You want a cheaper OLED TV with a few caveatsThe price on the Vizio OLED – especially when it’s on sale – is tough to beat, especially considering what you’re getting. Still, there are a few caveats like the limited brightness and poor upscaling that are worth taking into account.

You mostly plan on streaming 4K HDR contentOne way of getting the most out of this TV is to mostly watch 4K HDR content as it looks amazing here. SmartCast makes it easy to get, and it reduces the reliance on the IQ Ultra upscaler.

You still mostly watch HD or even sub-HD cable networksWhile there are more cord-cutters and cord-nevers out there, most folks are still tied to our old HD cable boxes. That means you’re going to rely heavily on the IQ Ultra upscaler and the results aren’t always going to be eye-pleasing.

You’re easily frustrated by smart TV systemsNot everyone minds waiting a few seconds for a show to start or for a streaming service to boot up. But, if you’re like us and you measure things down to the millisecond, SmartCast will be a big issue.