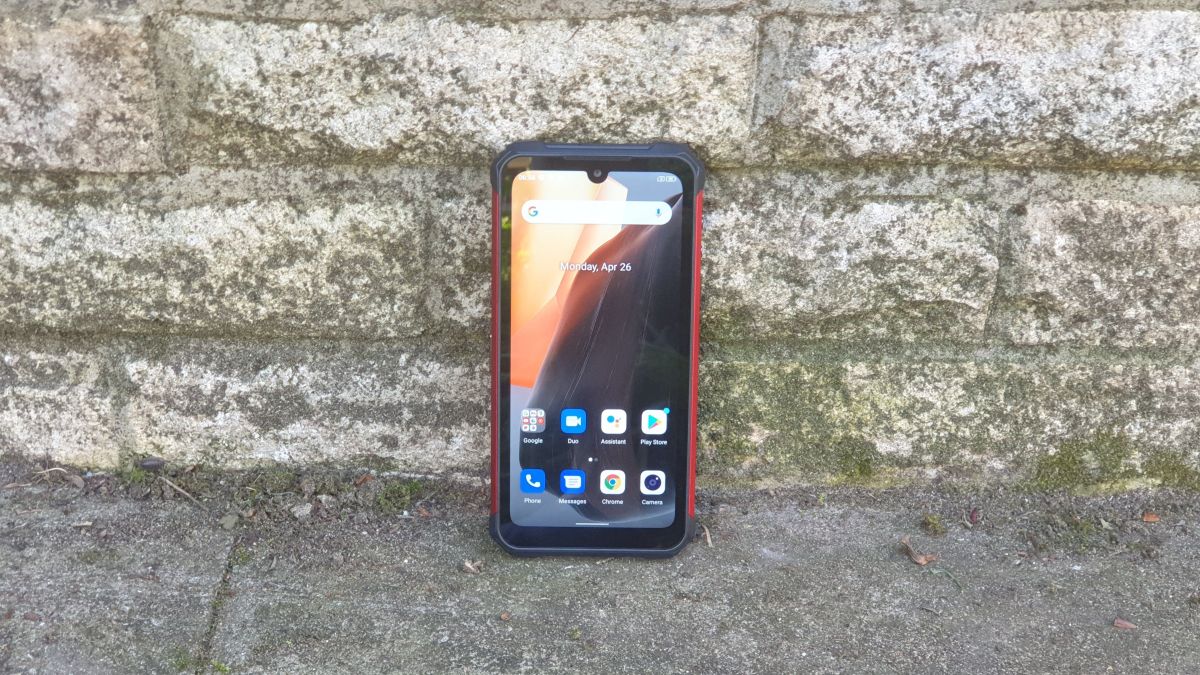 The Ulefone Armor 8 Pro doesn’t have any noteworthy features or unique selling points like many recently announced rugged smartphones, the Nokia XR20 being the more prominent of the lot. It still tries very hard to please a certain audience but ends up with a slightly unbalanced configuration.

Yes it is reasonably powerful, affordable, with a large battery and plenty of RAM but – no surprise here – there’s some cost cutting when it comes to the low-res display and the camera sensors. If all you care about is a durable, waterproof and shockproof smartphone that delivers the bare minimum (and then some) with a cheaper-than-expected price tag, then the Armor 8 Pro fits the bill. We haven’t found anything on the market as competitive with the same hardware specifications; the Oukitel WP9 and the Doogee S86 Pro come very close though should you want to look around.

Turns out that Ulefone has two versions of this smartphone. One with 6GB of RAM ($160 at Banggood, $220 on Amazon US) and the other one with 8GB RAM ($170 at Banggood, $250 on Amazon US). Other than the difference in memory size (and in price), there’s absolutely no other changes. We reviewed the first version but would wholeheartedly recommend the second one given the negligible jump in price.

No surprise at all in the manufacturing philosophy that underpins the Armor 8 Pro. Ulefone stuck to the basics, using an aluminum frame covered – mostly with TPU, glass fiber and plastic (polycarbonate) with a bit of metal. This does the job without the premium feel and for most of us looking for an IP68/MIL-STD-810G rated smartphone, that will be very acceptable.

Equally acceptable is the dimension of the smartphone: at 166 x 82 x 15mm for a weight of 282g, it is reasonably portable.

On the front face is located a 6.1-inch display with a 1560 x 720 pixels resolution with a centrally located water drop 8MP selfie camera. At the back are three camera sensors (16MP, 5MP and 2MP) flanked by a single powerful LED flash.

On the left is a customizable button and a SIM tray while on the right are located the volume rocker, the power button and a fingerprint sensor.

There’s also a 3.5mm audio connector – behind a flap, lanyard loop as well as a hidden USB Type-C connector.

Note that the Armor 8 Pro is available in three colour schemes: red, black and orange.

The Ulefone Armor 8 Pro comes with the following hardware:

As mentioned earlier in this review, although we reviewed the 6GB version of the Ulefone Armor 8 Pro, we recommend the 8GB model without any hesitation.

Both are powered by the Mediatek P60 system-on-chip with the Arm Mali-G72 GPU, 128GB eMMC system storage. The 5,580mAh battery that powers them is fed by a compact 5V,3A (15W) power supply unit and you still get the usual assortment of NFC, Wi-Fi 5 and Bluetooth 4.2 wireless connectivity. No wireless or fast charging; note that the smartphone also comes with a tempered glass screen protector.

Performance and in use

The Ulefone Armor 8 Pro runs on Android 11 with a lightly customized user interface. Performance numbers were a mixed bag; its storage subsystem performed admirably for a sub-$200 smartphone, notching just under 500MBps in sustained read, which is as good as the aforementioned Nokia XR20.

This is how the Ulefone Armor Pro 8 performed in our suite of benchmark tests:

On the other hand, it is – like other P60-powered smartphones – a lightweight when it comes to sheer raw performance (e.g. Passmark or GeekBench). As expected, the phone gets the Mediatek treatment when it comes to the bundled app with the ubiquitous toolbox with its dozen or so features (protractor, plumb line etc).

Also present are the Easy Launcher and Children Space applications which provide dedicated, customizable user interfaces for a senior audience (for the first one) and kids (for the second one). The display is reasonably bright and – while Ulefone didn’t mention it in the specs – it seems to be covered with an oleophobic layer. The screen’s low resolution means that battery life – which we didn’t measure – should be longer than a comparable device with a full HD (or higher display). Sadly, you won’t be able to load two SIM cards and use a microSD card simultaneously.

Should I buy the Ulefone Armor 8 Pro?

You want a rugged smartphone that doesn’t break the bank

The Armor 8 Pro is the only rugged smartphone that has 8GB of RAM and costs under $170. That and the fact that it comes with 128GB storage and Android 11 make it a great candidate for price-sensitive business users and outdoor workers.

You want a rugged smartphone with an audio connector

Some legacy communication equipment require a 3.5mm headphone jack and the Armor 8 Pro does have one, unlike some of its more expensive competitors.

The P60 system-on-chip that powers it as well as the low-resolution camera sensors it comes with are underpowered when it comes to graphics-intensive gaming or photography.

A common criticism levied against challenger brands is that – sadly – there is no commitment from them to deliver regular OS and security updates. Likewise, after sales warranty is likely to be problematic.