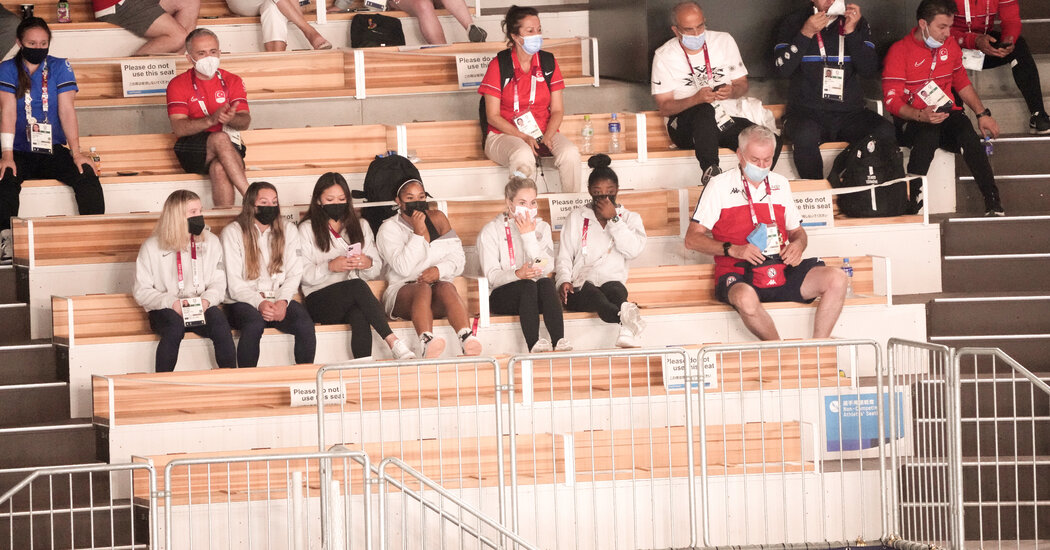 TOKYO — Before Saturday’s qualification at the Tokyo Games, the men on the U.S. Olympic gymnastics team had their own pep rally.

They were in the warm-up gym and had set up a portable speaker. They played rap, country, rock ’n’ roll, techno, any and all kinds of music that would get them relaxed enough to compete at their best.

They figured that there would be no fans in the stands because of Covid-19 restrictions, so why bother getting stressed? Their theory seemed to work.

The American men qualified fourth overall, enough to advance to the team final next week. Yet the finish was miles behind teams from Japan, China and Russia that finished in the top three, separated by about three-tenths of a point. Still, the Americans said they were proud of their performance and they had fun, which was what they had wanted out of these Olympics.

“We were joking around, not taking things too seriously, keeping it light,” said Sam Mikulak, the six-time national champion in the all-around who is at his third Olympics. He and Brody Malone, a rising senior at Stanford, qualified in the top 24 men on Saturday, enough to make it to the all-around finals.

The U.S. men haven’t won a medal at the Olympics since they finished third at the 2008 Beijing Games. In the next two Olympics, they finished fifth both times. Mikulak said it would take “a perfect meet” for them to make the podium this year, with a “flawless competition” from the United States and “a horrible competition” from countries that qualified ahead of them.

Shane Wiskus, from Minneapolis, looked at it this way: “It actually takes the pressure off. We have nothing to lose at this point, you know?”

What helped their performance was the unexpected cheering section that popped up in one corner of the arena. Though paying fans were barred from the event, the women’s Olympic team, including Simone Biles, were there to cheer on their male counterparts.

Alec Yoder, the team’s pommel horse specialist, appreciated their support. When he finished a spectacular routine on the pommel horse and qualified for the event final, he pumped his arms and pointed to cheering section as Biles and the others there shouted for joy. Yoder and Biles, both 24, have been close friends for years, back to when they were young teenagers.

“Them coming out to support us meant a lot to us,” Yoder said. “It was just kind of cool.”