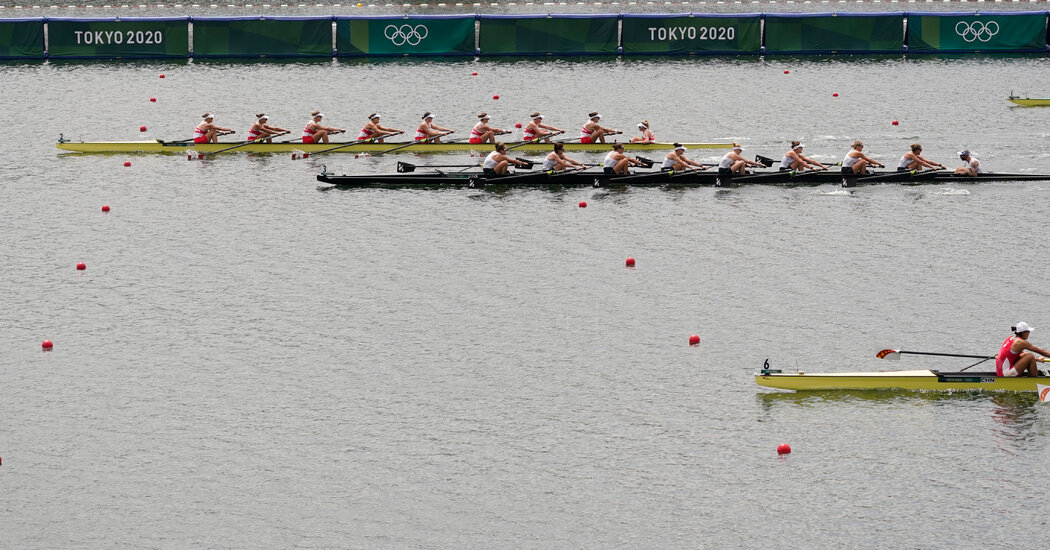 The United States rowing team had two final chances on Friday to win a medal in rowing at the Tokyo Games, but both of its boats came up short, ending an era of success at the Olympics that has lasted for more than a century.

The last time the United States failed to make the podium in rowing in an Olympics was in 1908.

“This might go without saying, but change is clearly necessary,” Amanda Kraus, chief executive of U.S. Rowing, said in a statement sent Friday via text. “This is a disappointing moment indeed, first and foremost for rowers themselves and the individuals who coached and cared for them.”

The U.S. team’s men’s and women’s eight-oared boats raced in the finals on Friday at Sea Forest Waterway, with the American women hoping to extend their phenomenal Olympic gold medal streak that began at the 2008 Beijing Games. But that three-time Olympic champion boat, which for years was so strong that it could win with different combinations of rowers filling the seats, finished fourth, more than 3½ seconds behind the winning Canadian team.

The New Zealand eight won the silver medal, and the Chinese boat won the bronze. Both of those rowing teams are on the rise, with Friday’s medals their first in the women’s eight.

“The young group of girls who have been coming though had just added so much new life to our boat,” Kelsey Bevan, the four-set for New Zealand, said at a news conference. “Yeah, I think this is only the start of the program.”

New Zealand’s women finished their race, put away their boats and returned to the racecourse to see the men’s eights competition, which was the final rowing event of the Games. It would be a great day for New Zealand rowing: their men’s team was rocketing down the course and won the gold medal.

Earlier in the day, Emma Twigg, the single sculler from New Zealand, won the gold medal after consecutive fourth-place finishes in her past two Olympics. With a gold medal around her neck now at her fourth Summer Games, Twigg said she is a perfect example of how persistence can pay off.

“If you believe in yourself and keep going and dreaming, this can be the result,” she said.