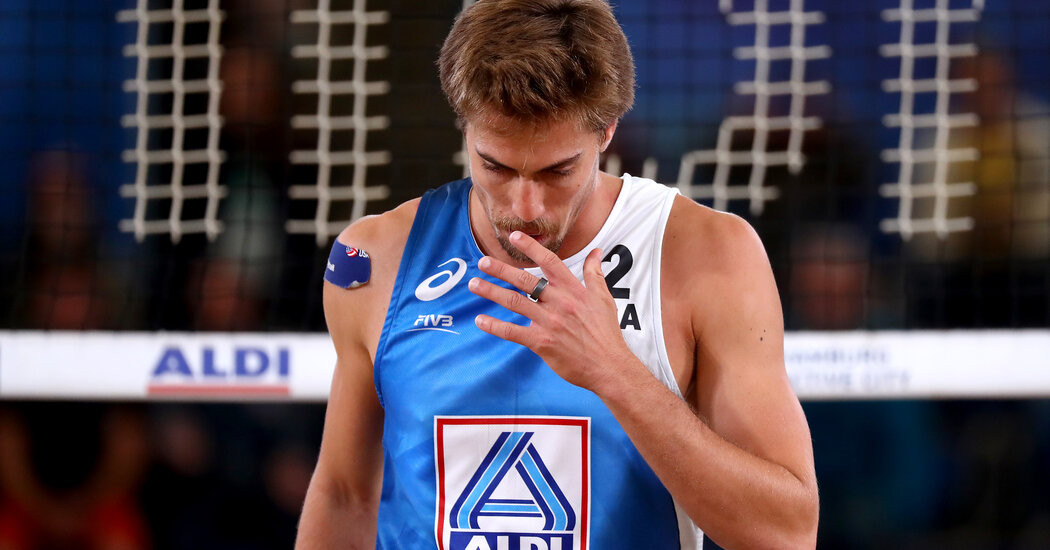 United States men’s beach volleyball player Taylor Crabb will miss the Tokyo Olympics after testing positive for the coronavirus upon his arrival to Japan.

Crabb, 29, almost didn’t make it to the Olympics at all.

Crabb was the “subject of a code of conduct review” that led to requirements being put in place that he needed to meet in order to compete, U.S.A. Volleyball said in an email. They declined to provide more details but said he was in “good standing” with the organization.

The Southern California News Group reported, citing documents it saw, that Crabb had violated a previous ban for misconduct involving a minor age girl and was suspended through September 2021. An arbitrator shortened his suspension, allowing him to qualify for the Games.

“I’ve faced adversity before, and I will face it again, but it doesn’t take the sting out of the situation,” Crabb said in a post on his Instagram account.

Crabb, who said he was vaccinated, was set to compete with his partner, Jake Gibb, on Sunday. He will be replaced by Tri Bourne. Bourne, 32, has partnered with Crabb’s brother, Trevor, for the past three years.

So far, at least 91 people with Olympic credentials, including 10 athletes, have tested positive for the coronavirus in Japan, according to an analysis by The New York Times.

Crabb joins a growing list of members of Team U.S.A. who will be left out of the Games. On July 19, Katie Lou Samuelson, a 3×3 basketball player, tested positive. And on July 20, Kara Eaker, an alternate on the U.S. gymnastics team, tested positive.