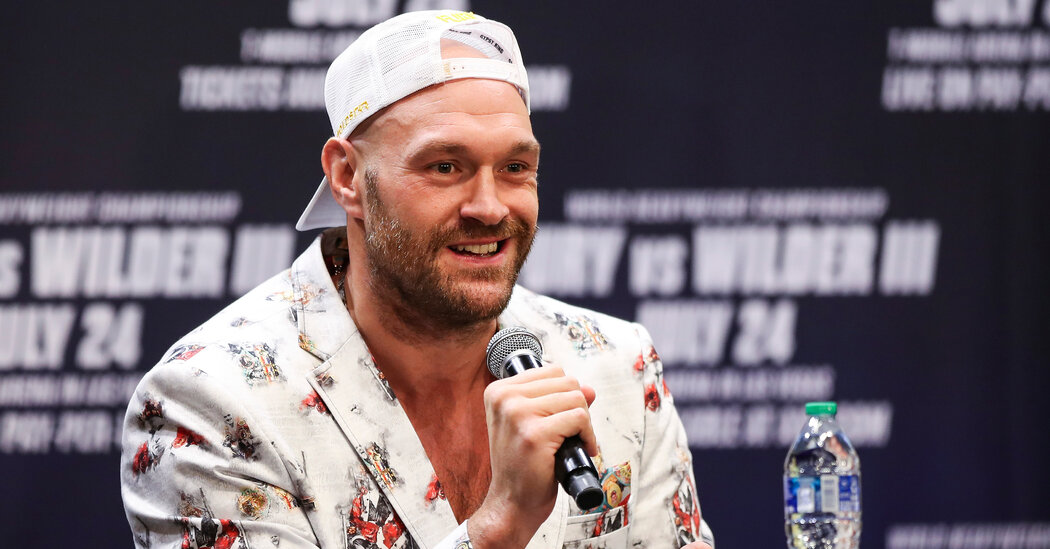 Tyson Fury and several other members of his team have tested positive for the coronavirus, forcing his heavyweight title fight with his rival Deontay Wilder to be postponed, a person familiar with the situation said Friday.

The World Boxing Council, the group bestowing the title of champion to the match’s winner, said in a statement on Friday afternoon that the highly anticipated rematch would be put off “following a Covid-19 outbreak in Fury’s training camp.”

The bout had been slated for July 24 at the T-Mobile Arena in Las Vegas. The council — which works with the promoters ultimately responsible for securing a venue, a TV deal and the cooperation of state regulators — said a new date would be announced “in the coming days.”

The person familiar with the matter, who spoke on condition of anonymity because details of the outbreak had not been released and a replacement fight date had not been announced, said Mr. Fury was also showing symptoms of Covid-19 and promoters were considering rescheduling the highly anticipated bout for October.

Mr. Fury knocked out Mr. Wilder for the World Boxing Council heavyweight championship in February 2020, a bout that was held in Las Vegas before the pandemic prompted widespread shutdowns of sporting events in the United States.

Their rematch was highly anticipated because even though Mr. Fury won decisively, it was the first loss of Mr. Wilder’s career (his record is 42-1-1). They fought to a draw in 2018, driving up interest in the third bout.

Mr. Wilder’s manager, Shelly Finkel, expressed frustration with Mr. Fury and his team in an interview with The Athletic. “There’s so much money, prestige and things riding on this, and we all have a job to do to make sure it happens on time,” Mr. Finkel said.

Mr. Wilder won an arbitration case in May that established that he was entitled to a third fight. The verdict forced Mr. Fury to delay a heavyweight title fight in Saudi Arabia against Anthony Joshua.

Numerous sporting events have been canceled, postponed or derailed as a result of the pandemic, including a lightweight title fight that was delayed from June until August when the champion, Teófimo López, tested positive for the virus.

Olympic organizers said on Thursday that spectators would not be allowed at the majority of events. The decision came after a new state of emergency was declared in Tokyo following a surge in cases.