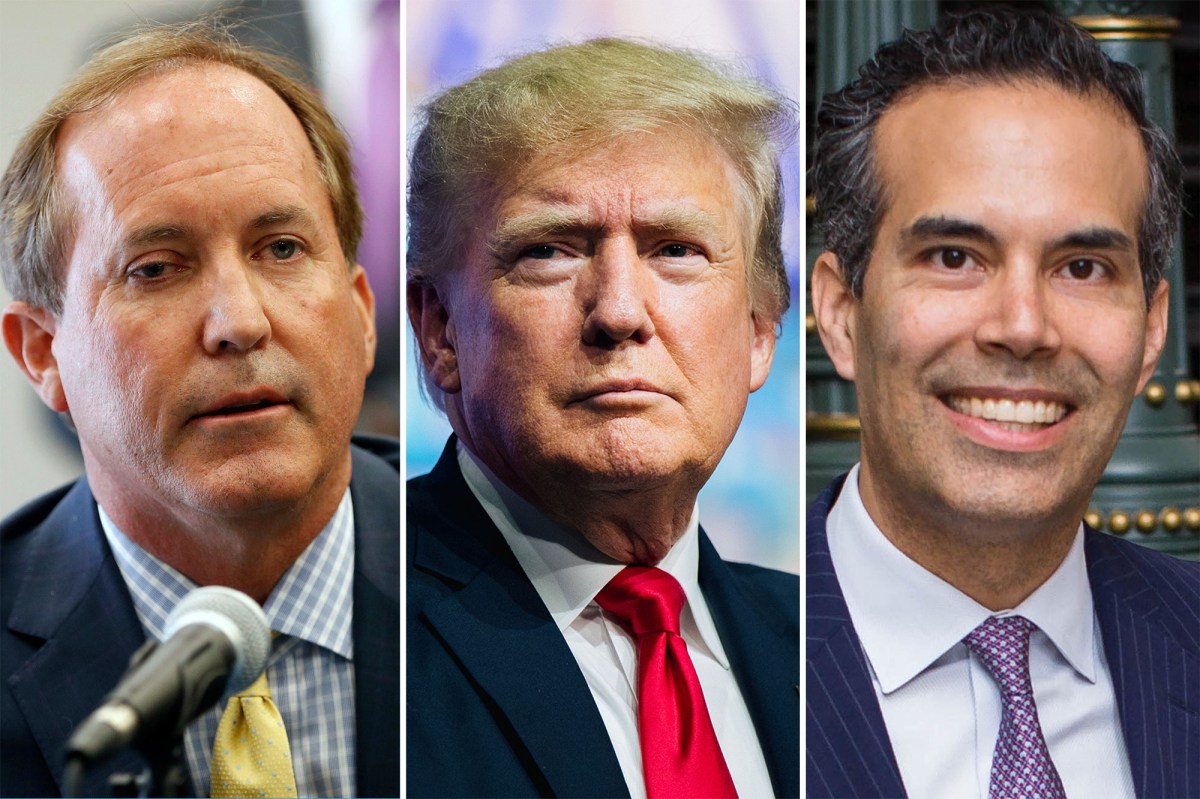 Trump praised Paxton in a statement for being “bravely on the front line in the fight for Texas, and America, against the vicious and very dangerous Radical Left Democrats, and the foolish and unsuspecting RINOs that are destroying our Country.

“Ken is strong on Crime, Border Security, the Second Amendment, Election Integrity and, above all, our Constitution,” the former president continued. “He loves our Military and our Vets. It is going to take a PATRIOT like Ken Paxton to advance America First policies in order to Make America Great Again. Ken has my Complete and Total Endorsement for another term as Attorney General of Texas. He is a true Texan who will keep Texas safe—and will never let you down!”

“Enough is enough, Ken,” Bush said at his kickoff event. “You’ve brought way too much scandal and too little integrity to this office. And as a career politician for 20 years, it’s time for you to go.”

Bush echoed that theme Monday when he tweeted in response to Trump’s endorsement of Paxton: “I’m running for Attorney General because Texans deserve integrity and honesty from the office of Texas’ top law enforcement official. Texans deserve a candidate without a laundry list of existing and potential criminal indictments.”

Last fall, eight of Paxton’s deputies resigned and accused him of abusing his office to help a wealthy donor by ordering an investigation into whether federal authorities tampered with warrants and illegally seized property during a search of the donor’s home. The FBI is reportedly looking into the claims.

Paxton is also awaiting trial on charges of securities fraud, to which he pleaded not guilty in 2015.

Earlier this year, the Associated Press reported that the Texas state bar association opened an investigation into whether Paxton committed professional misconduct by bringing a lawsuit aiming to overturn the 2020 presidential election results in Georgia, Michigan, Pennsylvania and Wisconsin. The suit was thrown out by the Supreme Court. Then-Texas Solicitor General Kyle Hawkins, who would usually argue the state’s cases before the U.S. Supreme Court, notably did not join Paxton in the suit and announced his resignation in January of this year.

Unlike other members of his family, George P. Bush embraced Trump and his agenda, voting for the 45th president in 2016 and 2020. His attorney general campaign launch featured a beer koozie with an image of the two shaking hands at an event in 2019.

“This is the only Bush that likes me,” Trump said of George P., a quote immortalized on the koozie. “This is the Bush that got it right.”

Bush, who is endorsed by his grandfather’s former Secretary of State and White House Chief of Staff James Baker, as well as former Rep. Ted Poe (R-Texas), will go head-to-head with Paxton in a primary election sometime next year.