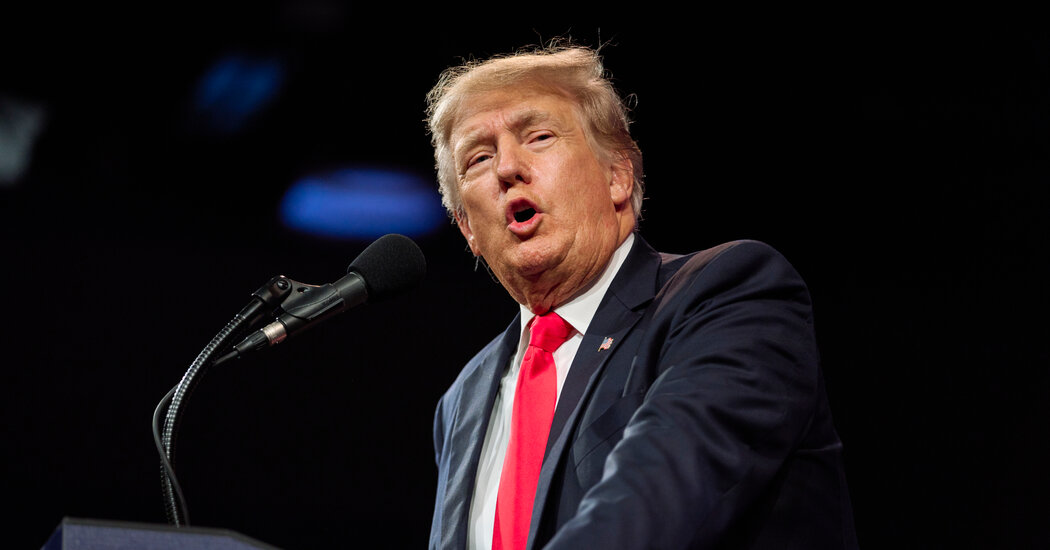 Lawyers for President Donald J. Trump argued in a new court document on Wednesday that a House committee’s request to obtain six years of Mr. Trump’s tax returns should be blocked, portraying the effort as politically motivated and illegitimate.

Mr. Trump’s legal team wrote that the requests for the former president’s tax returns “are unlawful and unenforceable because they lack a legitimate legislative purpose, exceed statutory authority, violate the First Amendment, violate due process, and/or violate the separation of powers.”

The lawsuit, which dates back to the period when Mr. Trump was still president, is formally a case between the House Ways and Means Committee and the Treasury Department. But with the executive branch now having dropped its resistance to complying with the request, the Trump legal team, as interveners, are asking for an injunction blocking that step.

Georgia and Voting Rights: Deep Distrust Over a Plan to…

The filing was expected; one of Mr. Trump’s lawyers had said on Monday that he would fight the release of his returns to Congress.

The filing argues that even though Mr. Trump is no longer the sitting president, the case must still be evaluated as if he were in office since it dates back to that period. Much of the filing reprised statements made by Democrats dating back to the 2016 campaign, when Mr. Trump broke with the norm of presidential candidates disclosing their tax returns. Democrats have repeatedly suggested that he must be hiding something politically damaging.

During the Trump administration, the Justice Department cited such statements to make the argument that the stated purpose for the request by the committee — that Congress was weighing legislative reforms regarding presidential tax return disclosure — was a pretext for what was in fact an illegitimate purpose.

Last week, however, the Justice Department’s Office of Legal Counsel, now led by Dawn Johnsen, a Biden appointee, said that the executive branch must accept the committee’s stated purpose for why it is seeking the returns, and that the law permits it to obtain them.

“Even if some individual members of Congress hope to see information from the former president’s tax returns disclosed on the public record merely ‘for the sake of exposure,’” she wrote, “that would not invalidate the legitimate objectives that the committee’s receipt of the information in question could serve.”

But Mr. Trump’s legal team is asking the judge overseeing the lawsuit, Trevor N. McFadden of the Federal District Court for the District of Columbia, to rule otherwise. Mr. Trump appointed Mr. McFadden in 2017.

The continued legal fight means that Congress will not receive Mr. Trump’s tax returns any time soon; the committee or Mr. Trump’s legal team can appeal any adverse rulings up to the Supreme Court. Even if Congress does eventually obtain them, that would not mean they would become public immediately or at all.