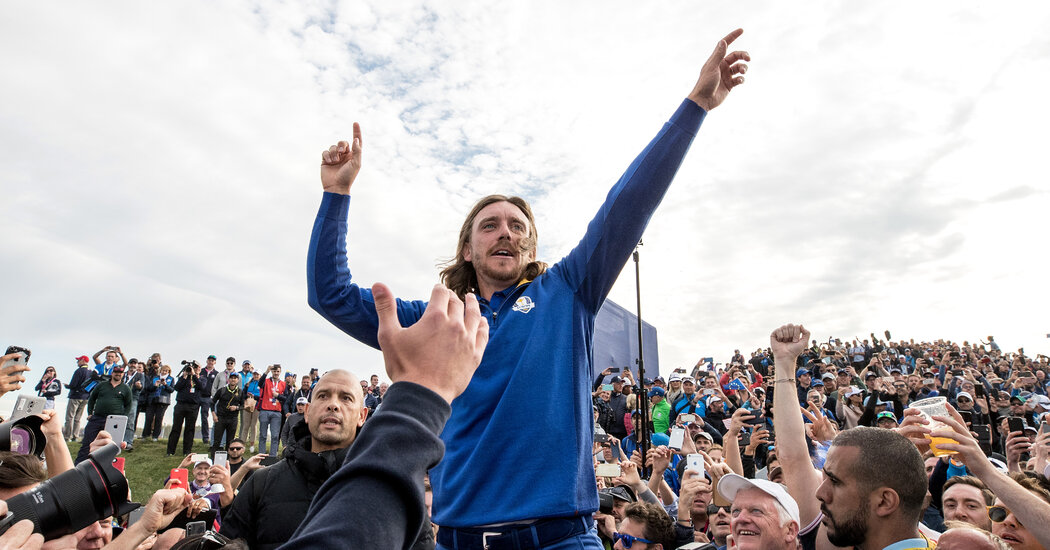 In last October’s Scottish Open at the Renaissance Club in North Berwick, Tommy Fleetwood of England lost to Aaron Rai of England on the first playoff hole, missing a putt for par.

Fleetwood, ranked No. 33 in the world, will try again this week, at the Renaissance course, for the third year in a row.

He will compete next week in the British Open at Royal St. George’s Golf Club in Kent, England, and then, with Paul Casey, Fleetwood will represent England at the Olympic Games in Japan. In September, he’s expected to play in his second Ryder Cup. In 2018, he went 4-1 in Team Europe’s victory over the United States.

Fleetwood, 30, spoke recently about his game and the opportunities ahead. The conversation has been condensed and edited.

Can you talk about the course and tournament?

I think it should be good for the guys coming over before the [British] Open. It’s as close as you’re going to get to links golf, competition-wise, anywhere in the world at that time, and it’s going to be a really good field of players.

How do you feel this year has gone for you?

It’s not gone anywhere near how I would have liked it to. I’ve competed at the top of the leader boards very rarely. All the pieces in the jigsaw have been there at different times, but just not all come together. I feel closer now than I have for a few months.

How do you feel about going to the Olympics?

To be part of the biggest sporting event in the world, with so many of the best athletes, is very special and will be a privilege. I’ve grown up in golf, and we have four majors that define players’ careers, but you get them four times a year, every year. You watch the Olympics and these guys train for four years for this one opportunity, and it’s over in nine seconds. I’ve always been inspired by those guys who train for those moments.

You must be excited about another Ryder Cup appearance.

Yes. You become such a family. You became so engrossed in it. I’m excited to do it again. That moment that we won the Ryder Cup is just about as good of a moment as I’ve had in the sport.

The next few months for you have so many possibilities.

It could be the most incredible summer for me. Whatever happens, I’m going to compete in the Open, which is my favorite event. I’m going to be an Olympic athlete. I’m going to play in the Ryder Cup. It’s going to be a bunch of really cool stuff. It puts a smile on my face when I’m talking about it, thinking what’s coming up.

Ernie Els was your first idol in the game?

Yes. He did a clinic at Wentworth, and I went to it when I was 7 or 8. I’ve still got the picture with him. There was just something about Ernie that I loved. I tried to copy his swing when I was little, and when I got out on tour and actually met him, it was even better. He was so kind to me. He completely lived up to being my hero as a kid.

You hopped over the fence at Royal Birkdale in England as a kid, and that was the first tournament you attended?

Southport is my hometown, and in 1998 the Open came around, and I was 7. We didn’t have tickets. Back then, there were a couple more gaps than there are now that you could get over. To the side of the 5th tee, Dad launched me over the fence to get in and climbed over himself.

Who did you watch that day?

I watched everyone. I remember Tiger walking past me on one hole, and I remember the aura he had with him. The Open is such an amazing atmosphere. Being inside the grounds and being a part of that was very cool for a 7-year-old.

What are your thoughts going to Royal St. George’s?

I don’t know the course. I’ve never played it. That’s a rarity that I haven’t played one of the courses that the Open is on. I’ll prepare as best as I can.