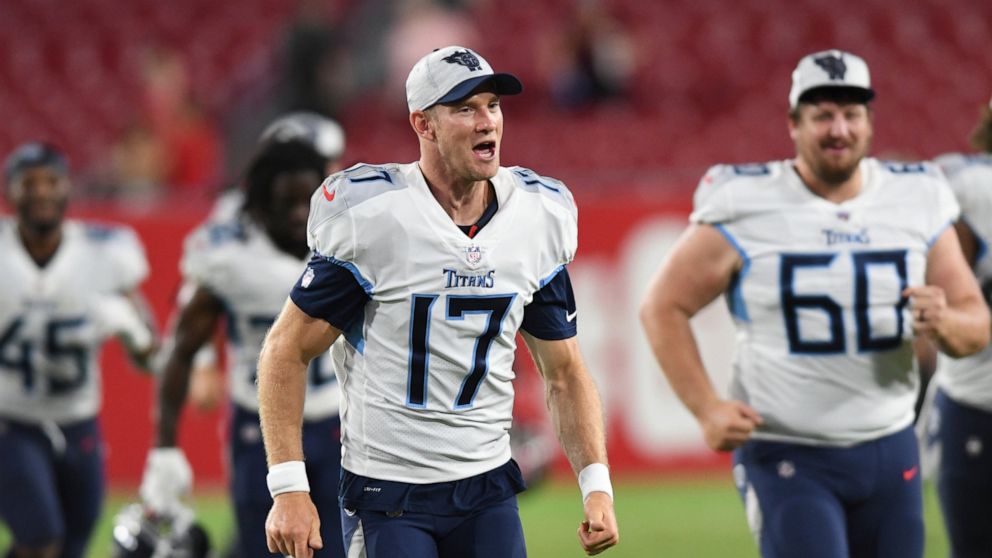 The Tennessee Titans’ coronavirus outbreak has grown to eight people

NASHVILLE, Tenn. — Tennessee general manager Jon Robinson made a plea Thursday for people to get the “life-saving” COVID-19 vaccination as the Titans’ virus outbreak grew to eight including quarterback Ryan Tannehill.

“We’ve had two people that I know personally that have lost loved ones over the last couple of days to COVID from symptoms and complications,” Robinson said. “And it’s a lifesaving vaccine.”

That makes three Titans starters out, along with coach Mike Vrabel, bringing the team’s outbreak to eight people.

That list might be longer. Asked Tuesday if any other coaches were in quarantine, Vrabel said only that the Titans would list everyone as required by the NFL.

The Titans GM said the team is close to being either 97% or 98% vaccinated or with antibodies present, indicating a person recently or previously had COVID-19. Tannehill said at the start of training camp that he was in the process of being vaccinated.

Vrabel announced Sunday that he had tested positive for COVID-19 a day after the Titans beat Tampa Bay 34-3 in Florida following two days of joint practices with the Bucs. He later received monoclonal antibodies treatment.

The head coach is scheduled to talk with reporters via Zoom on Thursday afternoon. The Titans (2-0) host Chicago (1-1) in the preseason finale on Saturday night.

The Titans stepped up precautions and required masks inside the team’s headquarters starting Tuesday. Robinson said they are going “above and beyond” what they did last season when they had the NFL’s first virus outbreak.

The number of positive COVID-19 cases have been rising in both Florida and Tennessee. Robinson’s oldest daughter, Taylor, has several auto-immune issues, including Type 1 diabetes and rheumatoid arthritis.

Robinson said they see the spread outside their team in Tennessee.

Being vaccinated made him feel safe going out to dinner while in Florida last week.

“If you do contract it and you’re vaccinated, it looks like the science has shown that you’re sick for a day or two and then you’re going to get through that,” Robinson said. “So there’s comfort in going out to dinner and trying to get back to some degree of normalcy, which we all want to do. And I know that the vaccine helps.”

NFL and NFL Players Association protocols require two negative tests over 48 hours for someone who tested positive can return or face a 10-day minimum quarantine.

Linebacker Harold Landry was the first starter affected by this latest virus outbreak, going on the reserve/COVID-19 list Wednesday.

The others on the list include defensive lineman Anthony Rush, linebacker Nick Dzubnar and running back Jeremy McNichols. The reserve/COVID-19 list is for players who either test positive for the virus or are in quarantine after close contact with an infected person.