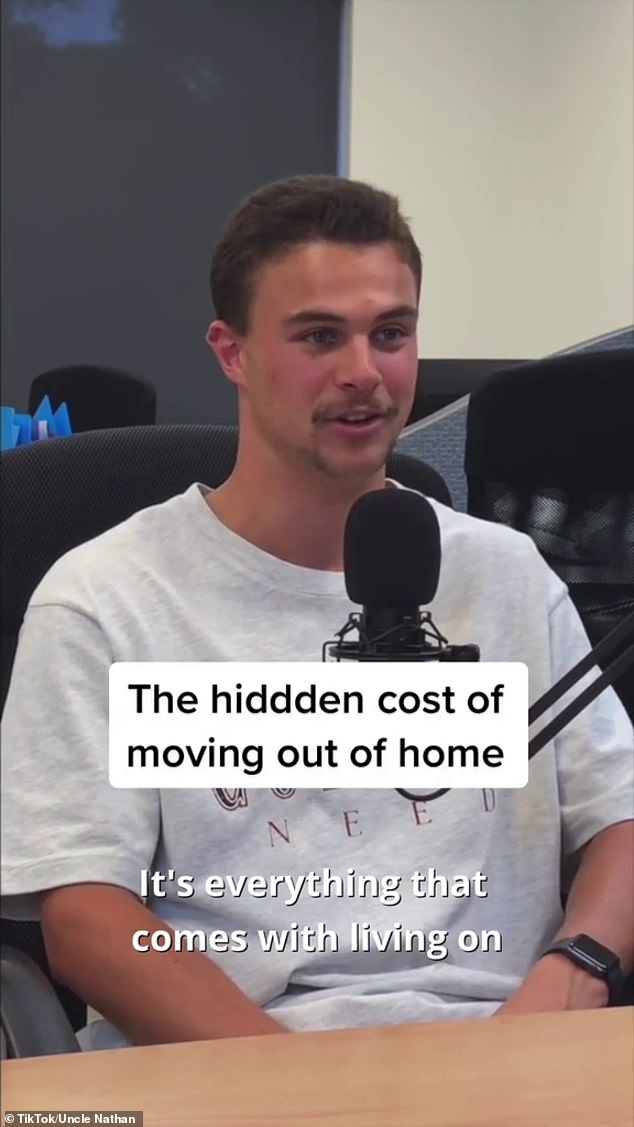 A pair of young Australian men have been mocked after speaking out about the shock of paying bills when they moved out of their family home.

A snippet of the Post-School podcast was uploaded to TikTok on Thursday by Uncle Nathan, who describes himself as a ‘Gen Z blogger’.

The video features Nathan and another young man named Tom, engaged in a discussion about the hidden costs involved in moving away from their parents.

‘I think the biggest shock is it’s not just rent that you have to pay each week, but it’s your groceries and all the bills. It’s everything that comes with living on your own,’ podcast host Nathan said.

‘You break a glass, you’ve got to buy a new glass, mum’s not buying that glass.’

His friend agrees on the struggle, revealing he’s forced to divide his pay between bills, saving and partying, unlike when he was living at home where his parents paid all the bills.

‘Now it’s a like little bit [of pay] will go to partying and then the rest will all go on boring crap.’

While the pair bonded over their struggle, the podcast struck a nerve with TikTok users who mocked the pair for sounding privileged. 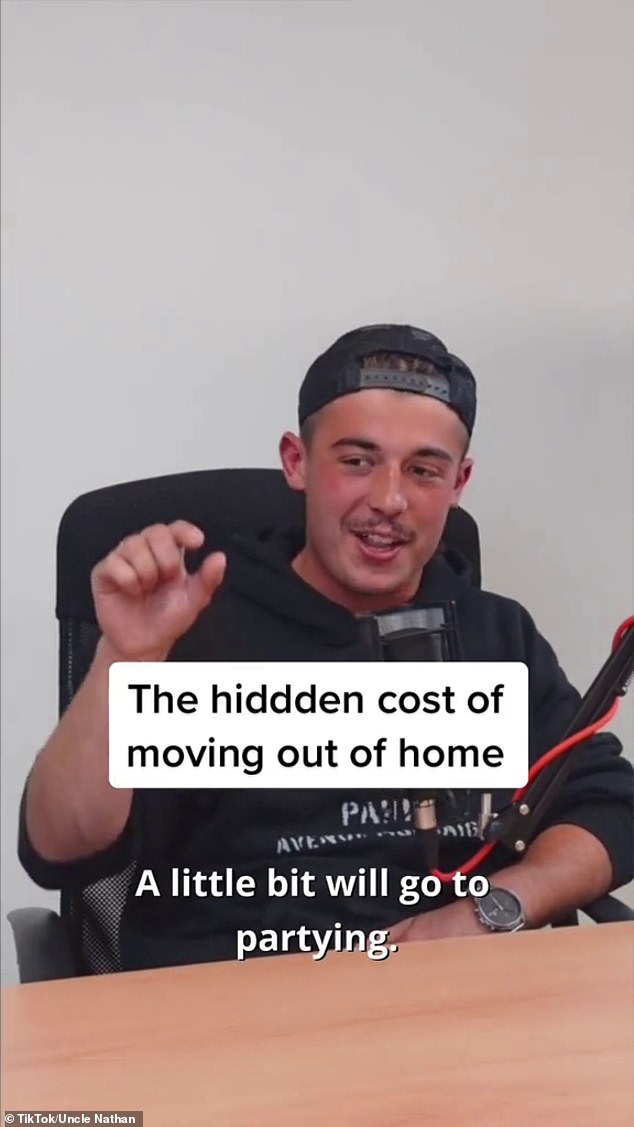 ‘100% of my money goes towards rent, food and bills. Partying and saving is a privilege,’ wrote one person.

‘If you’re doing a budget and putting money towards partying then you probably shouldn’t live on your own. You aren’t read for it,’ added a third.

However one user sided with the pair adding: ‘The biggest shock is actually how expensive cheese is’.

Their comments come as a Bankwest survey found Australian parents with children still living at home expect them to move out by 23 years old, while children who still lived with their parents have no intentions to leave until they are 27 years old.

The answer also differed between mums and dads. Dads want children gone by 22 years old, while mums provide an extra year of grace for them until 23 years old.

‘The housing market is currently incredibly competitive, and data from has shown how equally challenging it is for people in the rental market, leaving many young Australians homebound,’ explained Peter Bouhlas, general manager of homebuying at Bankwest.

‘That inevitably means a longer spell in the family home as aspiring homeowners save for greater deposits, face lengthy construction delays, or encounter increased competition in entering the market.

Partners or Partners in Crime? Maxwell-Epstein Bond Is Key to Her Trial

Cleo Smith: Nanna of accused abductor Terence Kelly says she fears for his safety in…

Kamala Harris described as a ‘bully’ and ‘soul destroying’…

Halo Infinite review: The campaign is close to perfection

Dec 6, 2021
Prev Next 1 of 3,745
Subscribe to our newsletter
Sign up here to get the latest news, updates and special offers delivered directly to your inbox.
You can unsubscribe at any time