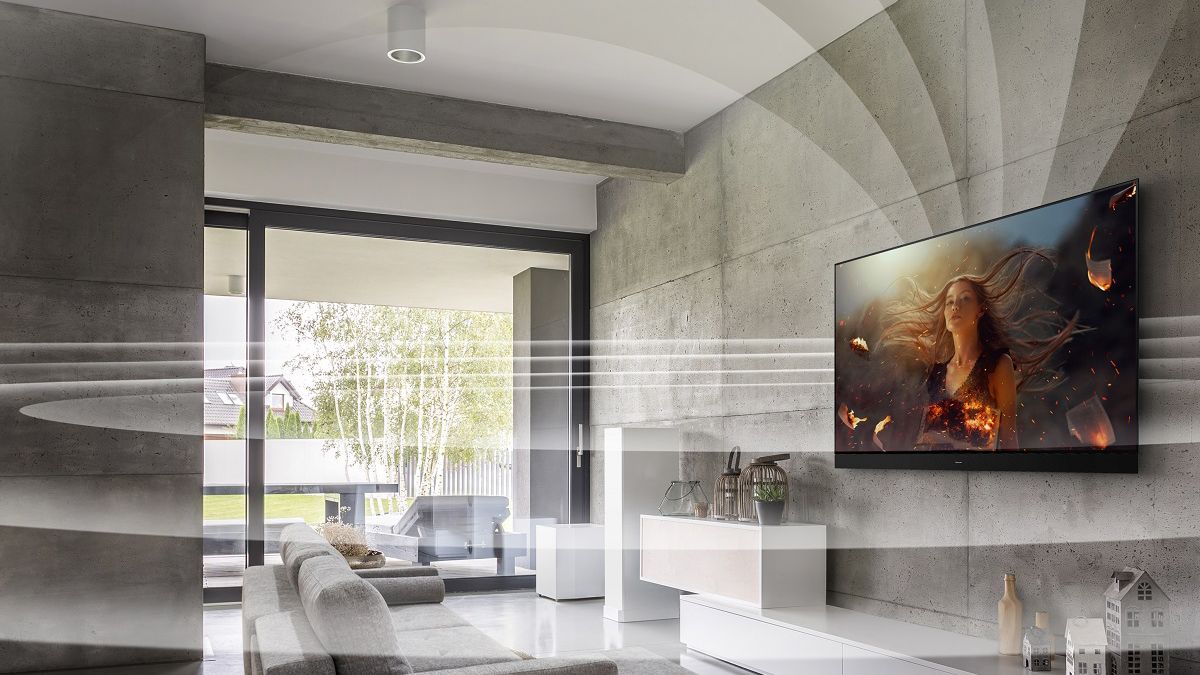 We all know the dream of the packed-out home cinema: a cozy, blackout, soundproofed AV paradise with an amazing 4K TV and speakers belting out cinema-worthy soundtracks and effects. But my time with a pretty high-spec television is making me think that, sometimes, incredible audio systems aren’t always suitable for the average home.

Back in July I had the pleasure of reviewing the Panasonic JZ2000, the company’s flagship OLED television for 2021. One thing that marks out Panasonic TVs is their scaling audio output, with numerous screens that ship with the same panel and processor but gradually increase the scale of sound for more expensive models.

While the Panasonic JZ980 makes do with 40W speakers, for one, the JZ1500 has an 80W output, and the flagship JZ2000 raises that to a whopping 125W – a smidge below the 140W of last year’s HZ2000. (While Panasonic doesn’t ship its TVs to the US, or Australia, this op-ed should still be relevant for anyone considering some hefty home cinema speakers.)

It was hard to criticize the television – but its immense audio capabilities did make me wonder what the appropriate volume was for the average TV buyer.

On a volume scale of 0 to 100, I found I couldn’t bear to go much higher than 50, for fear of suddenly terrifying the neighbors – living as I do in one of four flats in a converted London townhouse. I predict 75 would be at risk of knocking a precarious photo frame off my bookshelf, while 100 would likely be damaging to my long-term ear health.

Living in a more rural area would likely reduce that problem, though if you’re surrounded by wildlife in the quiet countryside, it’s probably not a kind move to disturb local creatures either – both wild animals and any pets you have yourself.

The only solution I have is to not use its full capabilities – in which case why would I bother to buy a television that can output such loud sound?

The sound of silence

One of the common criticisms aimed at today’s 4K TVs is that, even with premium models, the sound offering often pales in comparison to the picture quality. We routinely see high-end OLED TVs, Mini LED screen, and LCD 8K TVs with startling levels of detail, contrast and color – but when they’re bundled with 30W of rear-facing speakers, what we hear simply doesn’t match up with what we see.

It’s clear to us that TVs need a certain level of volume and speaker complexity in order to give a full range of audio detail, from low to high frequencies. We’ve complained at times about the muddy bass of the LG C1 and LG G1, though the immense picture capabilities of these screens means it’s also very hard not to recommend them.

That’s not the case with every TV, mind. New Samsung TVs tend to come with a version of its OTS (Object Tracking Sound) technology, which in its best implementations offers impressive verticality and a suitably wide soundstage.

More piecemeal versions (OTS Lite or OTS+, rather than the superior OTS+ Pro) can suffer without the entire intended system, though. In our Samsung QN90A review, we wrote that the “max output of 60W instead of the 70W OTS+ Pro setup that the Samsung QN800A and Samsing QN900A have” still saw a big drop in overall quality, leading to “anemic bass [and] a lack of details in the upper frequencies.”

Given I could only bear to use half of the JZ2000’s 125W output, and tend to hover more comfortably at around a third (30-35 out of a 100-point scale), 60W seems a sensible upper limit – though the maths is more complicated than that.

While we may not need the full output of every single driver at once, we need some leeway for realistic recreation of location-based audio and three-dimensional sound, tracking from left to right, up and down, giving a sense of motion and placement to objects within a film’s soundtrack.

You might need one driver at full blast while others remain near-silent or on a low rumble, after all. It’s similar to the question of brightness on a TV screen: you need some parts of the screen to get very bright while others stay dim, in order to achieve the contrast between them, and you’ll never really need that max brightness across the whole screen at once.

In the case of Samsung’s OTS system, too, it’s not just the max volume that matters, but also the arrangement and placement of those drivers; losing 10W may not be much when it comes to volume, but it could be a crucial element in the overall harmony and balance of the screen’s sound system that’s been lost.

I won’t be using the full volume capabilities of the JZ2000 anytime soon, and even if I had a soundproofed room, it simply wouldn’t be an enjoyable level for my ears. And it’s likely that I’d make do with a 60W sound system and not experience too much of a loss. But there’s no denying that the real strength of a screen like the JZ2000 is its flexibility in targeting specific sounds and frequencies as loudly, quietly, or as variously as it needs to – and you need enough wattage, and enough drivers, to do that well.