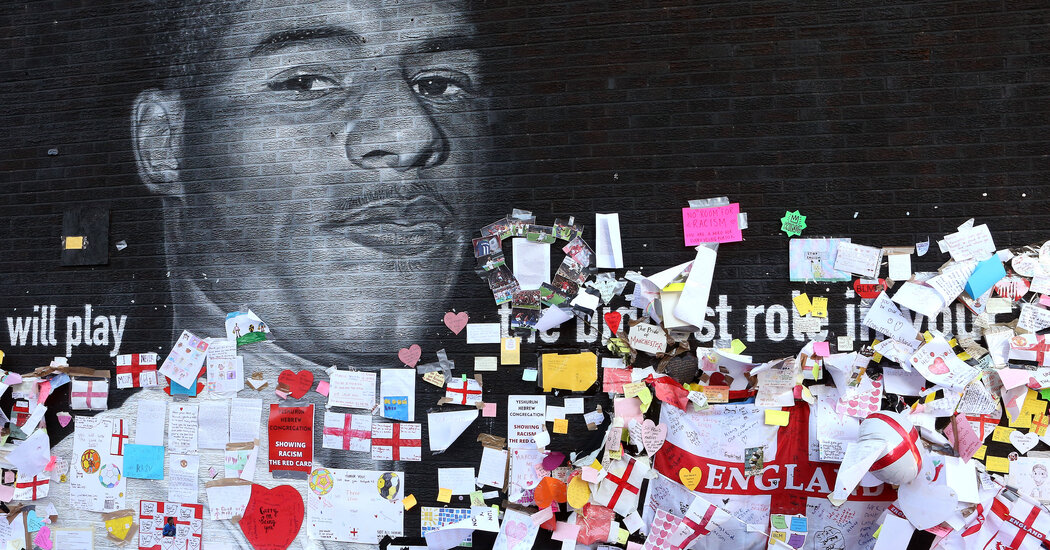 It is a tradition that has survived a change in generations, a change in approach. The mood around most England games, on foreign soil, is now not one of full-fledged hooliganism. It is, if anything, more akin to a particularly raucous bachelor party. There is a lot of drinking. There are drugs: One favored chant, dating to at least Euro 2016, is an ode to cocaine. There is, more often than is probably required at a sporting event, nudity.

It would take a brighter mind than mine to parse why that might be. Perhaps it is no mystery: maybe that is just how people, generally, cut loose. Perhaps it is how young English men experience foreign countries: It is what you do when you see the Mediterranean sun. The problem there, of course, is that these problems do not occur with fans of Scotland or Wales or Northern Ireland, even though they go on the same sorts of holidays to the same sorts of places.

So, perhaps, it is something to do with England: not the country, but the soccer team. There are some who are old enough to have been in Marseille in 1998 and Charleroi in 2000, the final throes of the old hooliganism, and who might still yearn for a little topless wander down a memory lane that has a water cannon parked at one end.

But there are many more who will have seen the videos and watched the footage and inferred that this is what it is to be an England fan, that this is how you earn your stripes and support your country, and have become, in effect, cosplay hooligans. England is a chance to claim space and go a little wild; that is their role, their patriotic duty. That is what it is to be England.

The question, in hindsight, is a simple one: What, exactly, did the police think was going to happen? Fans had been arriving at the Wembley Park underground station all day, gathering in ever greater numbers in the shadow of the stadium. Some of them — 60,000 or so — had tickets. Twice that number, three times possibly, did not.