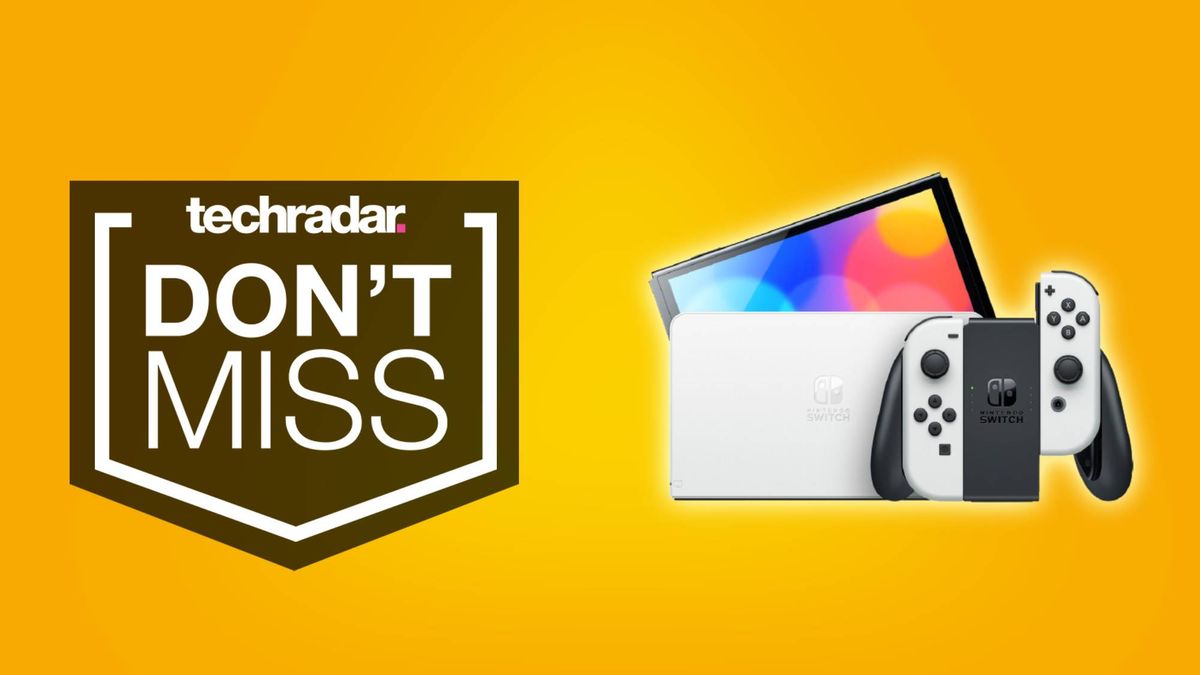 With Black Friday now officially underway, we’re rounding up all the best Nintendo Switch deals that you won’t want to miss – and it just so happens that there are some seriously good Nintendo Switch OLED bundles at Very.

We weren’t expecting to see Nintendo’s latest and greatest version of the Switch included in the rush of Black Friday deals, particularly not with such great games included. You can pick up both the Nintendo Switch OLED white and Nintendo Switch OLED neon models, with two fantastic games, and get £10 off. (Not in the UK? Scroll down for the best deals in your region.)

That might not sound like the biggest saving in the world, but for a console that’s in extremely high demand and only just recently released, it’s not the type of discount to dismiss so hastily. Nintendo Switch OLED stock has also been hard to come by since its release, and with Christmas fast approaching, it might be hard to buy the console let alone get one with any discount.

In our Nintendo Switch review, we said: “If you’re a first-time Switch buyer this is undoubtedly the model to buy, but the improvements to the Switch OLED will only really benefit handheld and tabletop mode users – and if you’re thinking of upgrading, don’t expect a Nintendo Switch Pro.”

If you’re not interested in the new Nintendo Switch OLED and are simply after the original Nintendo Switch, eBay has slashed the price of the console by £20 while stocks last.

No matter where you live, you’ll find all the lowest prices for the Nintendo Switch OLED from around the web right here, with offers available in your region.

Amazon: just £29.98 for a Fire TV Stick and Echo Dot bundleAdidas: up to 50% off trainers and sportswear at AmazonAllSaints: 30% off leather jackets and all fashionAsos: up to 80% off all clothing and accessoriesArgos: 20% off Lego, Paw Patrol, Peppa Pig and more toysAO: £100 off top appliances from Samsung, LG, Beko, Hotpoint and moreBoots: 50% off fragrances, beauty, makeup and gift setsChristmas decorations: from £8.99 at Amazon Currys: lowest price ever on the Fitbit Sense – just £189Debenhams: 60% off fashion and homewaresDell: up to 50% off Inspiron, XPS and Alienware laptopsEbuyer: up to 42% off computing components from Intel, Asus and moreEE: free Xbox Series S with select phone contracts starting from £29Emma Sleep: 50% off mattresses – this is the biggest-ever saleGo Outdoors: 50% off clothing, camping gear and footwearJD Sports: half-price trainers from Nike, Adidas and PumaJohn Lewis: get 20% off Lego, Dyson and Le CreusetLe Creuset: check out the exclusive Harry Potter Signature collectionLego: up to 40% off Marvel, Disney, Star Wars, Harry Potter and more sets at AmazonLovehoney: 60% off sex toys + an extra 10% off lingerieNectar: get 45% off any mattress and up to 30% off beddingNespresso: up to 60% off Nespresso coffee machines at AmazonNike: trainers, T-shirts, tracksuits and hoodies discounted by up to 40%Ninja: save £70 on Ninja food processors and air fryersNintendo Switch: console + Mario Kart 8 and Switch Online for £259Oculus Quest 2: £50 voucher when you buy the Oculus Quest 2 at AmazonSamsung: up to £500 off TVs, fridge freezers and moreShark vacuums: up to £200 off Shark cordless vacs at AmazonSky: save over £500 on the iPhone 13 and Samsung Galaxy S21Smart lighting: smart light bulbs from £6.99 at AmazonSmyths Toys: save up to 50% on Lego, Nerf, Barbie and moreTVs: budget 4K smart TVs with an extra 10% off at ArgosVery: up to £200 off Apple, Samsung, Nintendo Switch and moreWayfair: save on furniture, rugs, desks and lighting

Why Flash Gordon seems a more exciting project for Taika…