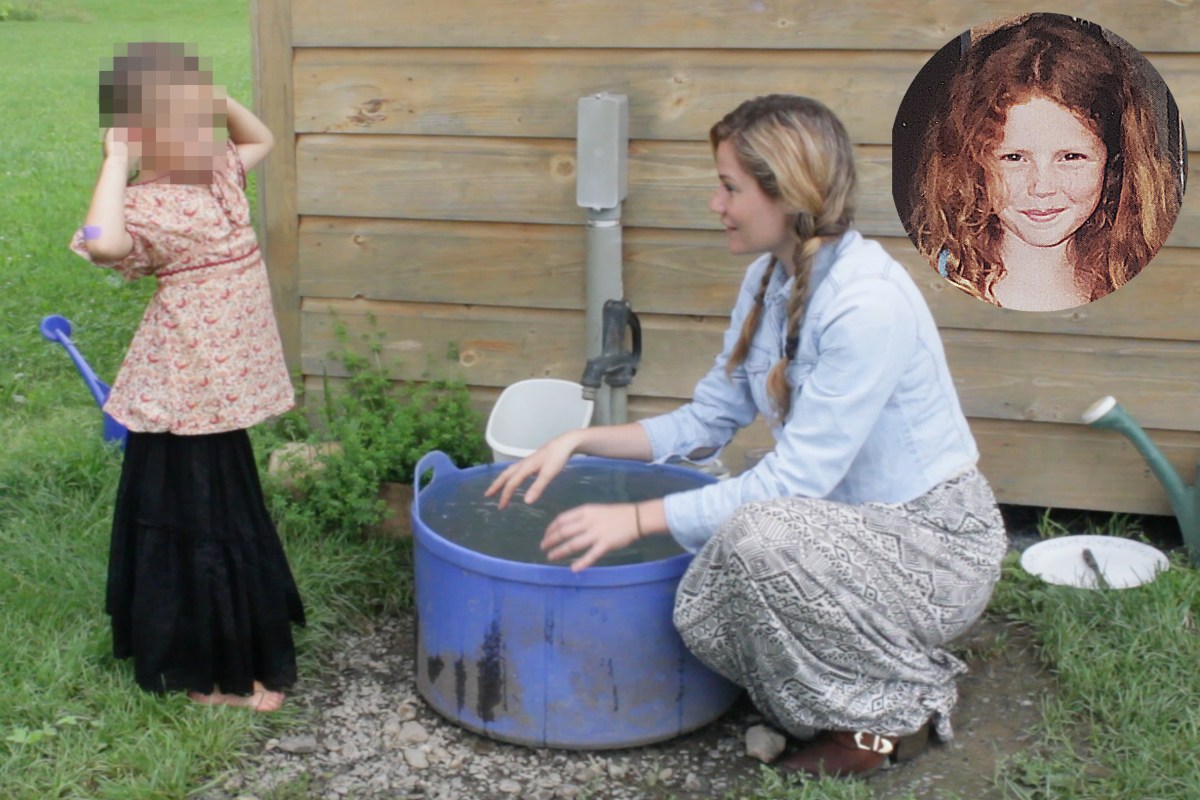 Bexy Cameron grew up in the notorious Children of God cult. As a kid, she underwent “army training,” digging holes and lifting concrete blocks to prep for the “Armageddon.” When she was 10, she spent an entire year on “Silence Restriction” — forbidden to even communicate with her parents. For a while, she wore a sign around her neck reading “Please Do Not Speak With Me.”

Still, Cameron was lucky. At least her dad “wasn’t a paedophile.”

Cameron, now 38 and based in London, left the Children of God at 15, but she remained traumatized. So she began documenting different religious cults as a way to process and understand her childhood.

Her memoir, “Cult Following” (Manilla Press), chronicles that quest. The book, which has been optioned for TV by Dakota Johnson and Riley Keough, follows Cameron through 10 cults, from the eccentric Rose Creek Village in Tennessee, whose adherents once carried samurai swords, to Chicago’s Christian-rock-singing Jesus People USA.

Yet even her upbringing didn’t prepare her for her encounters with the Twelve Tribes, which ended when she was chased by the cult’s surveillance van across five states.

“When I left home I believed, or maybe hoped, the group I grew up in was a dark anomaly,” Cameron writes. But “there were more of us than I could have imagined.”

Cameron was born in 1982, in Chesterfield, England, the sixth of 12 kids. Her parents, Martin and Linda, were studying medicine when, in 1972, Martin disappeared. Hearing rumors that he had gotten sucked into a cult, Linda went to retrieve him; she joined him instead.

Cameron spent her childhood on the move, in Africa, India and throughout the UK. She witnessed women prostituting themselves for Jesus, and girls forced to marry their fathers. She never went to school. She cooked, cleaned and tried to avoid beatings and attention from predatory “uncles.” She was finally banished from the group at 15 for secretly working nights in a bar.

In 2012, Cameron started researching other cults and discovered the Twelve Tribes, an end-times community with offshoots all over the world. The group, founded in Tennessee in 1972, had similarities with the Children of God, including raising children to be “brides of Christ.” She called a Twelve Tribes farm in San Diego in 2013 and explained that she was a filmmaker interested in “experiencing their way of life.”

The Tribes “had a strangely open-door policy at the time,” Cameron told The Post. “It was part of their recruitment process.”

But Cameron and her friend, Sofi, arrived to a hostile environment. Their stern female host took one look at their baggy flannels and jeans and pronounced them “too tempting,” handing them long dresses, head scarves and frumpy tabards to wear. The women worked from 6 a.m. to 11 p.m. picking kale for the group’s Yellow Delis, folding laundry and cooking dinner.

At their final gathering, a child stood up and asked to be “broken” as adults railed on and on about their right to “discipline” their children.

“There was something in this group, the way they spoke, the way that the kids were in the workforce, that was so reminiscent of my own,” Cameron said. “I knew I had to go back.”

She did in 2016, this time as part of a three-person crew. The plan was to meet their contact, Maliki, at the group’s deli in Pulaski, Tenn., before going to the ranch to film. But when Cameron asked when they could finally head over, the white-haired Maliki looked at her blankly:

The members at the deli seemed to be reading from a script. When one man mentioned his children “up in the farm,” he was spirited away by Maliki. It was “really weird.”

Later that evening, Cameron interviewed a series of former Twelve Tribes members who alleged the group hid pedophiles and criminals, starved and locked children up in cupboards, and even kidnapped kids from their parents. “The Watchers are watching you now,” one ex-member warned.

Indeed: The next morning, after waking up in an Airbnb in a town hours away, they noticed a suspicious van outside.

“Look at the Wi-Fi,” the assistant producer said. It read: TT Surveillance Van.

“Let’s get the hell out of here,” Cameron said.

The group frantically packed their suitcases and drove through five states. They could feel “the Twelve Tribes constantly behind us, like an ominous drone that you can sense but not see.” They made it back to London, but Cameron had continual nightmares about being watched.

Years later, she has written about her journey, which has helped her understand why people like her parents join even the most extreme cults.

These groups “make people feel that a world full of sin and evil will soon be over,” she said. And then “they’ll be taken to heaven [where they will] reign for a thousand years.”