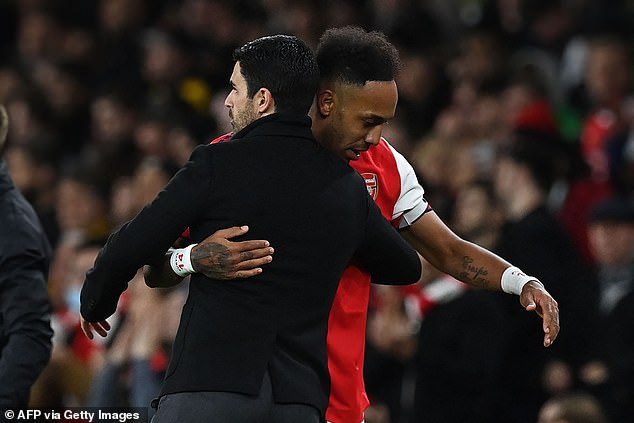 There has been a ‘click’ with Pierre-Emerick Aubameyang, says Mikel Arteta after Arsenal captain’s fourth goal of the season against Aston Villa

By Spencer Morgan For Mailonline

Mikel Arteta believes there has been a ‘click’ with Pierre-Emerick Aubameyang as he praised the way the Arsenal captain has recently embraced his role within the squad.

He also scored a hat-trick in the Carabao Cup second-round win at West Brom but is unlikely to feature in the fourth-round clash with Leeds on Tuesday night.

The 32-year-old is always a goal threat but Arteta has been pleased with what he has seen from Aubameyang’s all-round game in recent weeks.

‘I wouldn’t go to the goals, again it is what Auba is transmitting on the pitch,’ he replied when asked if Aubameyang is rediscovering his best form.

‘I have never seen Auba transmit what he is doing now. It is a click.

‘Apart from the goals, the celebration when they put the ball in the net, do you see the way he runs, the purpose he has to press the ball and when he takes it his movement, his link, how is leading the game?

‘That is when he is changing the rest, not when he is static and then he puts the ball in the net. I prefer this Auba.’ 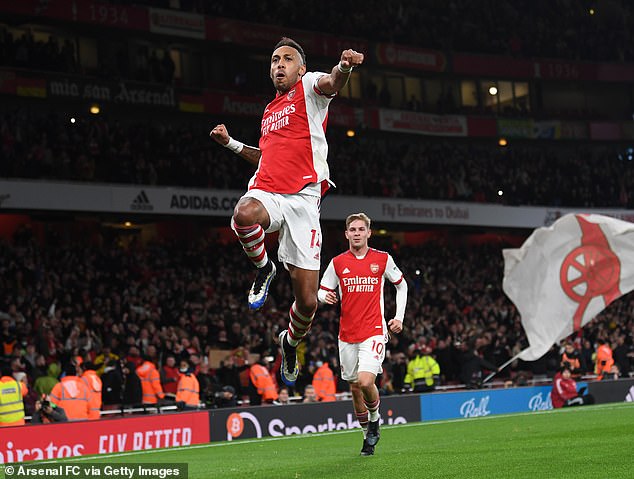 Arteta has one of the youngest squads in the Premier League, with Aubameyang among the more experienced players he can call upon.

The Gunners boss feels Aubameyang – as well as Alexandre Lacazette – has stepped up as a leader of the team.

‘For me it is a click,’ he added. ‘It is a combination that realising that his role has to go well beyond that.

‘What was good, or very good, two or three years ago, with his role in this team, at this club, it is not enough. He had to take a step forward.

‘They lead by example and not only there but as well at the training ground. Certain things, a role they could have had three years ago in the squad, now it has changed.

‘Human beings change themselves every six months, they have all new selves and it’s incredible so we are able to adapt very quickly and manipulate and change our minds very quickly as well.

‘Leading is not telling someone what he needs to do, for me it is being able to transform that person and not just with words, but with facts as well.’