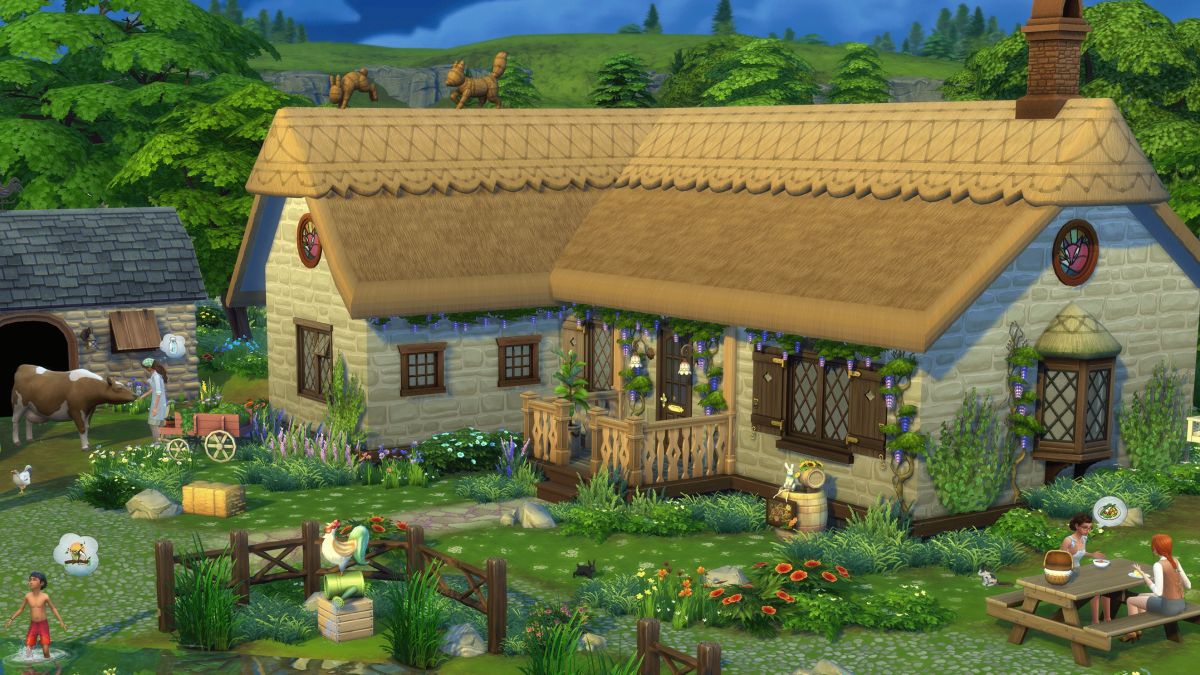 The Sims expansion packs used to be game-changing. Literally. When I think back to playing the likes of Superstar, Hot Date or Makin’ Magic, I remember pouring hours into one expansion, never becoming bored thanks to the endless possibilities they presented. Each served as a standalone game in its own right, rather than simply complementing the base game experience.

Fast-forward to 2021 and things are a bit different. We’ve seen three The Sims base games released since those early days, and countless expansions across them all – with each expansion a somewhat more diluted experience than the last. Where one expansion would cram in a bunch of new content, NPCs and features, it now feels as though that one expansion has been chopped up; divided up among packs, kits and expansions. These packs become novelties that quickly wear off, with little longevity. As a long-time Sims fan it’s been disheartening to see.

But, like every other The Sims fan, I was still excited by the prospect of The Sims 4: Cottage Living. Finally I could farm oversized crops, befriend the local wildlife, care for my own livestock and generally live off the land, enjoying the quiet countryside existence that (pretty much) every city slicker dreams of. However, while the latest The Sims 4 expansion certainly introduces some much-wanted features, the novelty soon wore off. It wasn’t long before I found myself cleaning out my chicken coop yet again, as my grizzled poultry clucked around my feet, questioning whether or not I should simply let my elderly rooster, Kentucky, peck me to death to cure the boredom.

I begin my venture into Cottage Living by creating the countryside version of me that I could have been in another life: a beehive hairdo, cherry-clad dress and some impractical heels – I mean, who doesn’t want to muck out a livestock shed in stilettos? There are plenty of new outfits and hairstyles to play around with, ranging from cosy sweaters and boots to more of a “royal family at a polo game” look. My in-game personality type deems that I’m a lover of animals and cooking, which is true, and should only serve me well in my new farming life.

The expansion adds a new neighborhood to your game, called Henford-on-Bagley, which is quintessentially English. After slyly entering the motherlode cheat to get my Sim some extra simoleons – farms aren’t cheap okay? – I choose a charmed, weathered-brick cottage with a thatched roof on the outskirts of the village, with a pre-built coop and animal shed, to move my Sim into. It’s a faithful recreation of the types of homes you see in the English countryside: homely, plenty of wooden kitchen surfaces and hidey holes for nick nacks, and roaring open fires. Immediately, I feel at home. But there’s work to be done.

The cottage is beautiful, but it could do with a spruce up before I get stuck up to my ankles in cow dung. I unceremoniously bulldoze some flower beds and build another animal shed, placing dry stone walls and a flower-draped gate around it. There are plenty of other cottage building options, each as stereotypically English as you might imagine: pebbledash walls, thatched roofs and so on. If you’ve always dreamed of building your perfect cottage, this is the expansion for you.

Once the cottage is built, the hard work begins. I buy some chickens for my coop – a couple of roosters, hens of varying colors, and a chick for good measure – and populate my animal sheds with one cow and one llama (you can only have one animal per shed, and you can only pick llamas or cows, though colors vary).

Looking after animals is time-consuming but – at least initially – cathartic. Each morning my Sim wakes up, and partakes in their daily routine of eating and washing before cleaning the coop and sheds, feeding the animals, and collecting their produce. In the case of the chickens, you simply collect the eggs from the coop each morning, with some eggs serving as produce and others hatchable if you pop them in the incubator within the coop – although you can’t have infinite numbers of chickens.  As for the llamas, you need to shear their wool, though they have a tendency to be uncooperative if you haven’t built enough of a relationship with them. Cows, not surprisingly, need milking, and they may also refuse to play ball if you haven’t wooed them enough.

This all sounds fairly basic, and most it is, but by the time I’ve done the rounds of cleaning, collecting produce, feeding and socializing with the animals – chickens are very needy creatures – the day is done. Even dressing my chickens in top hats and waistcoats doesn’t really make the slog any easier.

I also have some high-maintenance oversized crops that need tending to, with allotments packed with aubergines, pumpkins and more. I try to befriend the local wildlife – birds, rabbits and foxes – so they will help me maintain the farm but by the time I befriended one bunny it had disappeared, and a new one appeared that was considerably less helpful. And don’t even get me started on the foxes who, between all these activities, are trying to steal your chickens, unless you befriend them and ask them to stop. I dressed one fox as a burglar so that I could see when he was coming: my new mortal enemy. And there’s me thinking rural living is supposed to be stress-free.

To be fair, I jumped into the deep end. I chose to enable two of the new lot challenges, one allowing for wild foxes and the other letting me live off the land – the latter meaning that your fridge doesn’t refill, so you have to either order grocery deliveries or live off what your animals produce.

That produce also goes a long way in securing village bragging rights. The main hub of the neighborhood is Finchwich, a quaint village complete with a pub, some shops in which you can only window-shop, and a couple of stalls selling farming goods and produce – with one stall occasionally manned by the insufferable Agnes Crumplebottom, who loves nothing more than to beat you with her handbag if you dare partake in any sinful flirting in her vicinity.

Most importantly, the village has a green that’s the venue for the weekly Finchwich Fair, where Sims in the neighborhood bring their best produce or animals to compete. The fair has a different produce category each week, and I’ve decided that I will win them all: the next category is eggs, and I’m sure to be onto a winner there. The best-laid plans of mice and men.

I enter a chocolate egg lovingly laid by my beloved chicken Mae, and place it for inspection. After being harassed by another competitor, who’s lucky she didn’t get a beef wellington in the face, I finished third. A week of toil for this… all to do it again next week. And I did it again in the following weeks too, submitting blueberry pies, prize cows and strawberry milk, but even when I won it felt like a lot of work for little reward.

To alleviate my jadedness I begin picking up errands from the village board, which let you complete various tasks for the village’s residents in return for rewards – collecting orders for the grocer, or creating a cross-stitch for Agnes Crumplebottom, or delivering a box for the mayor. These tasks give you a goal to work towards, and aren’t always straightforward, but they too eventually begin to become a chore.

With each passing day, the novelty of Henford-on-Bagley and my prized animals begins to wear thin on me. There’s only so much cross-stitching I can do in a pub that serves no pints of beer (an English staple), and only so many chicken jokes I can tell before I begin to feel I’ve outstayed my welcome.

My chickens begin to die, and as they do I feel a sense of relief that I’ve one less to look after, one less rooster to entertain in the morning. I even consider letting Kentucky, my eldest, peck me to death for a bit of excitement (that can actually happen – I told you, chickens are needy).

Overall, Cottage Living doesn’t feel like a whole new game, it feels like it’s there as a brief aside to the base game – complementing the base game is likely what EA Maxis was going for – but I would have loved to have at least had a new career to progress through, or some extra elements to farming that didn’t make it feel so samey every day. There is a lot of new content here, and some lovely little touches that bring the countryside aspect to life – but within a few hours I felt like I’d experienced all there was to offer.