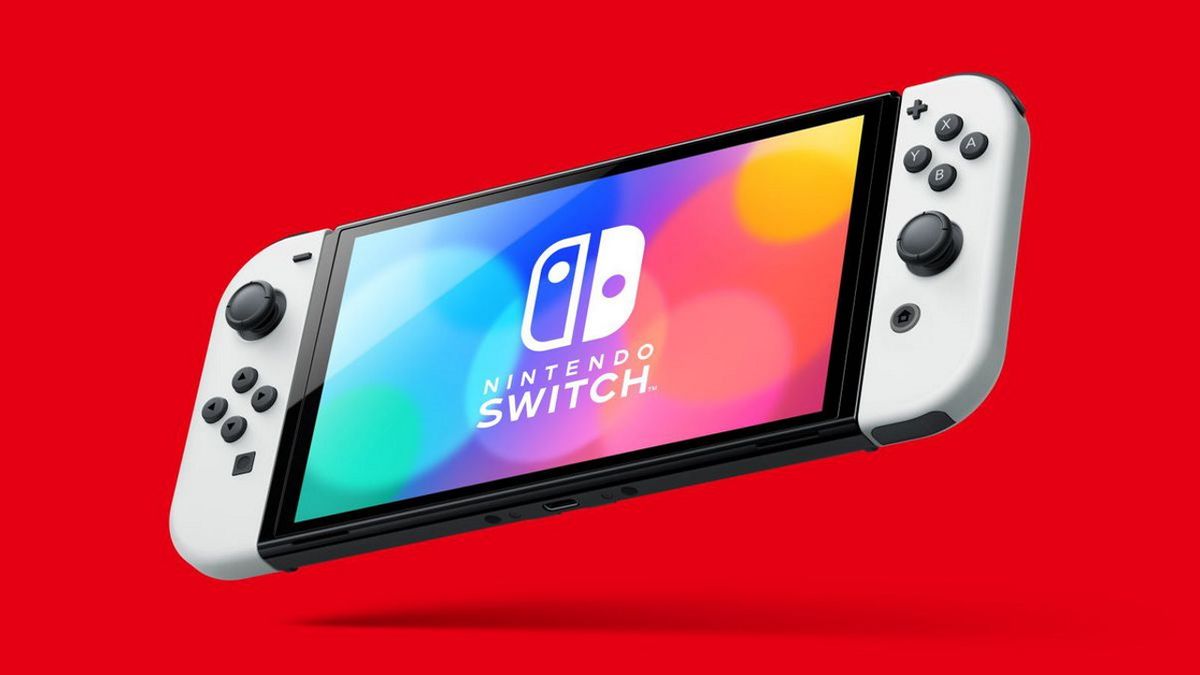 You’ve likely seen the trailer for the upcoming Nintendo Switch OLED version by now, an announcement that was met with elation when it showed up in my YouTube subscription box, but had all the fanfare of a backfiring party popper once the trailer had played out.

While we now know it not to be the Nintendo Switch Pro, the Switch OLED certainly looks the part. The bigger 7-inch screen looks great on the handheld, and I’m in love with that sleek white finish on the dock and Joy-Con controllers. Extra features like an improved kickstand, LAN port and an expanded 64GB of storage space are all welcome additions, too.

Any excitement I had for the Switch OLED was swiftly quashed, though, when Nintendo revealed the most Nintendo-esque thing of all: the Switch OLED is merely an incremental upgrade, being sold at a higher price than the original model’s RRP. While many fans including myself were rightfully annoyed by this, we really should’ve expected it, as it’s far from the first time Nintendo has done something like this – and I’m certain it won’t be the last.

Switching it up, just barely

As mentioned, the standout feature of the Switch OLED is its namesake. And to be fair, OLED technology is mighty impressive and a perfect fit for a handheld device. The PS Vita proved this beyond a shadow of doubt.

OLED allows for a much more vibrant image, as well as true blacks thanks to the screen’s ability to individually switch off individual pixels that aren’t being used. This is an advantage over LCD technology, which always has a base level of brightness when displaying dark images due to using a backlight that emits light to nearby pixels

OLED is sure to benefit from that smaller, 7-inch screen, especially for games that can comfortably run well in handheld mode, making full use of the 720p resolution. I can certainly see vividly colored games like the upcoming Splatoon 3 and indie darlings like Dead Cells really popping on a smaller OLED screen, which does make the console appealing.

If you’re like me, though, and primarily play your Switch in docked mode with a TV display, you’re better off sticking with your base Switch model. Why? Because Nintendo confirmed the Switch OLED has no performance improvements to incentivize a purchase from docked mode players.

Previously, the Switch OLED was rumored to feature a number of hardware and software-based upgrades. These include improved Joy-Con controllers that sought to eliminate dreaded stick drifting, improved battery life and 4K support. None of these have come to pass, though, with the Switch OLED still only able to cap out at 1080p while in docked mode.

It’s certainly not the Switch Pro we were led to believe would eventually exist, and it seems like those aforementioned improvements will have to wait for whatever Nintendo’s next console will be. But again: we shouldn’t be even remotely surprised at this.

Nintendo are obviously fantastic when it comes to making some of the most replayable, highly-polished games on the market. However, their hardware strategy constantly goes through peaks and valleys. The Switch OLED is just the latest example of the company releasing an “upgraded” piece of hardware that does little to improve upon the console it’s iterating.

We can see this as recently as the Nintendo 3DS. Nintendo’s experimental handheld eventually grew to boast a robust library of games, but it was so easy to get lost in the weeds of the countless devices added to the 3DS family. Take the Nintendo 3DS XL which, much like the Switch OLED, featured a larger screen than the base model, and little else. The 3DS XL also didn’t support higher resolutions, so some games could look pixelated on the inflated screen.

We’ve also seen Nintendo release downgraded versions of consoles compared to their base models. The Nintendo 2DS (yes, it existed) ditched the smart clamshell design of its parent, as well as the (admittedly divisive) 3D effect that genuinely did make some games feel more immersive for a wedge-like design This was later replaced by the Nintendo 2DS XL, which backtracked on basically everything apart from removing the stereoscopic 3D effect.

More egregious was the Wii Mini, a bite-sized version of the Wii that cost less, but completely ditched the original model’s backwards compatibility with GameCube titles. As someone who’s very much a fan of playing older games on newer hardware, the Wii Mini never got a second look from me.

This isn’t to say Nintendo isn’t capable of delivering solid upgraded versions of older consoles. The company did eventually come good with the New Nintendo 3DS, which despite its confusing naming convention, did add a bunch of solid upgrades. These included a more powerful CPU and a second stick added under the console’s face buttons. Sadly barely any games took advantage of the extra horsepower, though.

Even more iconic was the Game Boy Advance SP, which was such an objective improvement over the base model that I wish Nintendo had just gone with it in the first place. It was the first Nintendo handheld to adopt a portable clamshell design (if you don’t count some early Game & Watch devices), ditched AA batteries for a chargeable solution and even featured a backlight that was a godsend for GBA owners tired of squinting at their screens in broad daylight.

The Switch OLED isn’t bad, it’s just unnecessary. The OLED screen will no doubt be pleasing to the eye when playing certain games, but the sheer lack of any other meaningful upgrades just doesn’t justify the console’s inflated price. Stick it in the dock, and all its appeal fades away.

I really would’ve loved to have seen a big step-up from the Nintendo Switch OLED. The company had a real opportunity to catch up to the competition with 4K support, and I even would’ve taken features like improved HD Rumble in the Joy-Con, as Sony has shown how impactful haptic feedback can be in the PS5 DualSense controller. Even better performance while playing games in handheld mode would have been nice. The Switch OLED does, after all, rely on the player using the console undocked.

Unfortunately, we’ll just have to wait to see what Nintendo has in store with its next-generation console (which we’re dubbing the Nintendo Switch 2) before we see any genuine improvements, because the Switch OLED really isn’t doing it for me. That is until they announce a limited edition Metroid Dread bundle, which I will undoubtedly buy and look like a massive hypocrite for doing so.