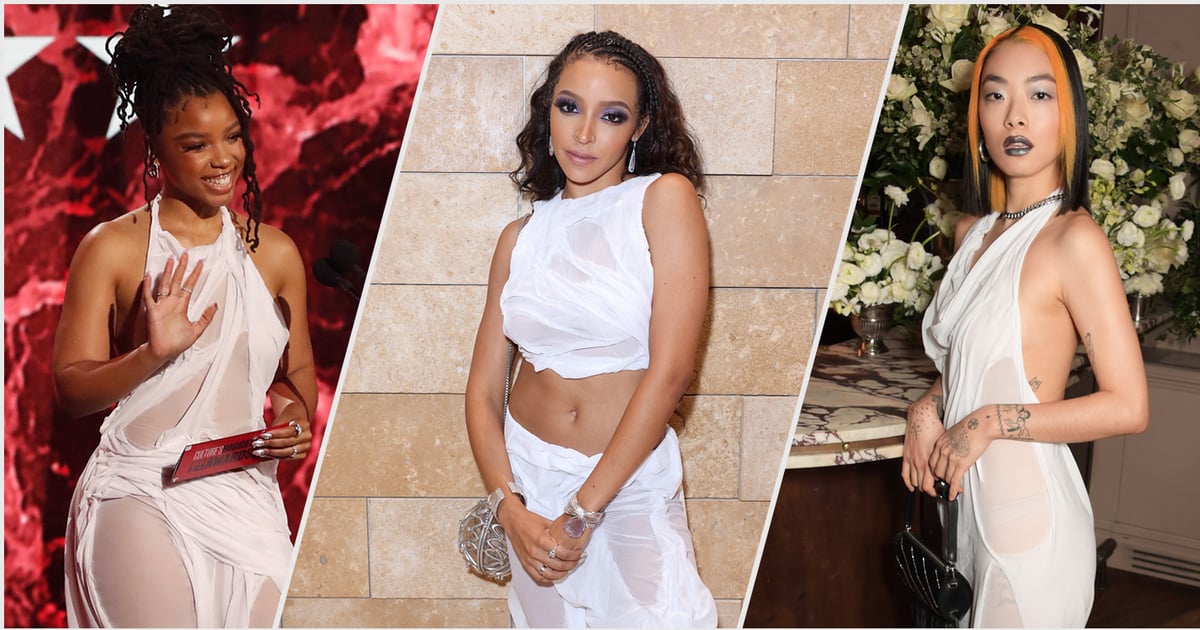 Megan Fox, Bella Hadid, Gigi Hadid, Chloe Bailey, Sza, Tinashe, FKA Twigs, and Rina Sawamaya. What do these actors, models, and musicians have in common? Well, aside from powerhouse stardom they share a love for Di Petsa’s “wet look” design. Everywhere few weeks, a new celebrity emerges wearing Dimitria Petsa’s creation and captivates fans all over again. But what is the story behind this style stars can’t get enough of?

Dimitria told W Magazine that her design was inspired by “feminist theory” in an effort to reject society’s desire for women to be “dry” — a form of oppression, in her eyes. “I wanted to create the view of a woman who’s completely wet, but dressed,” Dimitria said. “Then when you are out in public, people actually think that you’re wet and participating in a performance—something to be celebrated rather than hidden.” Her first creation came about in 2018 and has quickly evolved into varied styles like bridal gowns and separates.

The sensual designs feature mesh fabric that clings to the body, giving the appearance of emerging straight from a body of water. It’s surreal to see the optical illusion work its magic in front of the camera: the wearer in a seemingly soaked fabric while still dry. No wonder the creation has become a favorite of Hollywood’s brightest stars, and only continues to pick up steam. See the many standout people who’ve worn Dimitria’s design so far in the photos ahead.