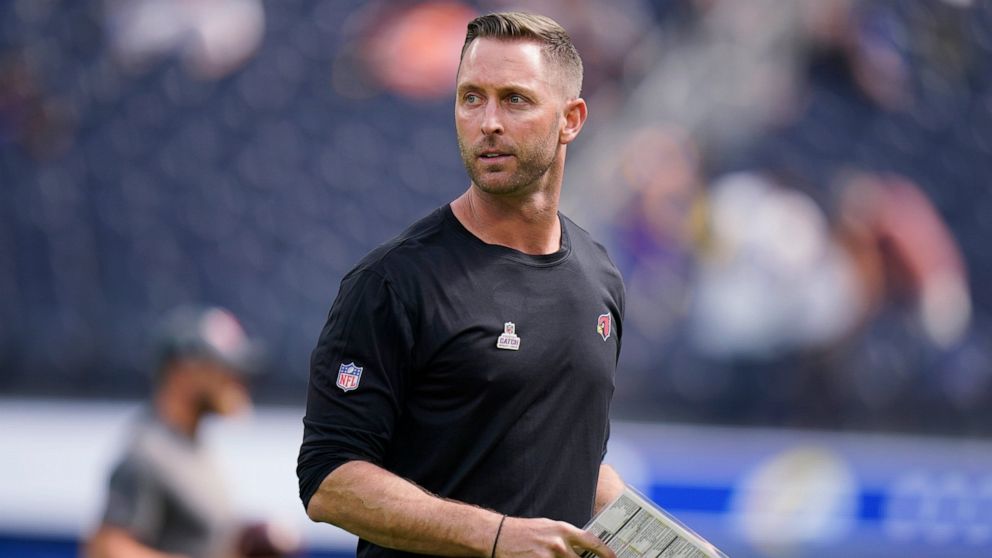 The latest from Week 7 of the NFL (all times EDT):

The Tennessee Titans are rolling early on offense against Kansas City after struggling to score in the first quarter this season coming in.

Ryan Tannehill spread the ball around to A.J. Brown, Julio Jones and Derrick Henry. Then the Titans let Henry, the NFL’s rushing leader, finish off the drive out of the wildcat. Henry threw a 5-yard pass to tight end MyCole Pruitt for the touchdown and a 7-0 lead.

Henry also threw a TD pass in a divisional win over Baltimore in January 2020.

The AFC North lead is in play with Joe Burrow and the Cincinnati Bengals visiting Lamar Jackson and the Baltimore Ravens in one of the Week 7 headliners.

The Bengals are a game back of the Ravens at 4-2. Baltimore is among three NFL teams with five consecutive victories since losing the opener.

Tom Brady is trying to lead Tampa Bay to the first 6-1 start in franchise history. The defending Super Bowl champion is at home against Chicago.

Jared Goff returns to Los Angeles to face the Rams after the offseason trade that sent the 2016 No. 1 overall pick to Detroit for Matthew Stafford. The Lions are the only winless team at 0-6, while Stafford has led LA to a 5-1 start.

The Rams trail the undefeated Arizona Cardinals in the NFC West. Kyler Murray and company put their perfect season on the line at home against Houston. The Texans have lost five in a row since winning their opener.

Arizona coach Kliff Kingsbury has cleared COVID-19 protocols and will be on the sideline when the undefeated Cardinals play Houston.

Kyler Murray is trying to lead the Cardinals to their first 7-0 start since 1974, 14 years before the franchise moved to Phoenix from St. Louis. Arizona defensive end J.J. Watt is facing the Texans for the first time after spending his first 10 seasons playing with them.