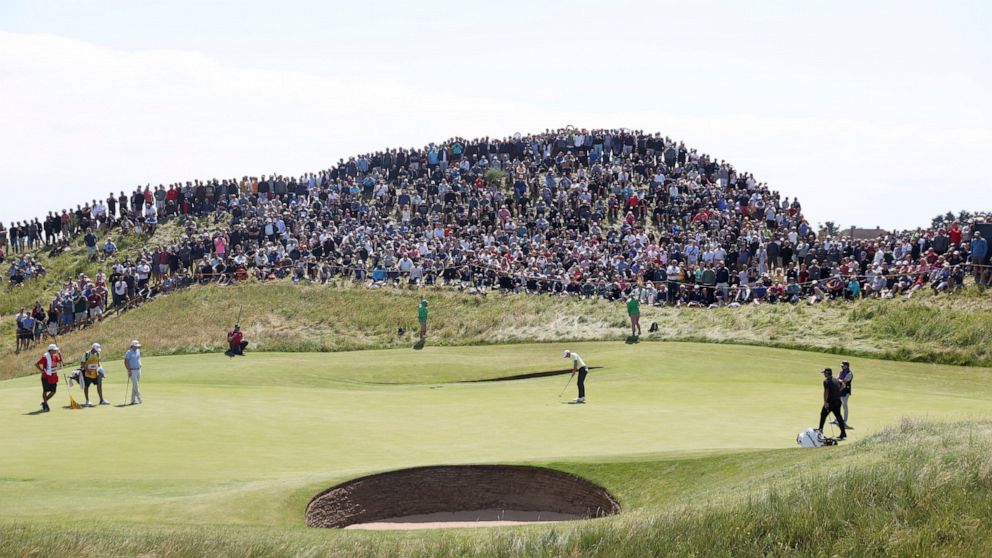 SANDWICH, England — The Latest on the British Open (all times local):

Rory McIlroy has been finishing his rounds well at the British Open. Now he has started one well, too.

McIlroy opened his third round at Royal St. George’s by rolling in a 10-foot putt for birdie at No. 1 and moved to 1 under overall. That earned the biggest roar so far on a sunny morning at the links off Sandwich Bay.

Bryson DeChambeau opened his third round with eight straight pars. He remained at 1 over for the tournament.

Both players are a long way off the lead held by Louis Oosthuizen at 11-under 129. That’s a 36-hole record at the British Open.

Oosthuizen is out at 3.55 p.m. local time with Collin Morikawa.