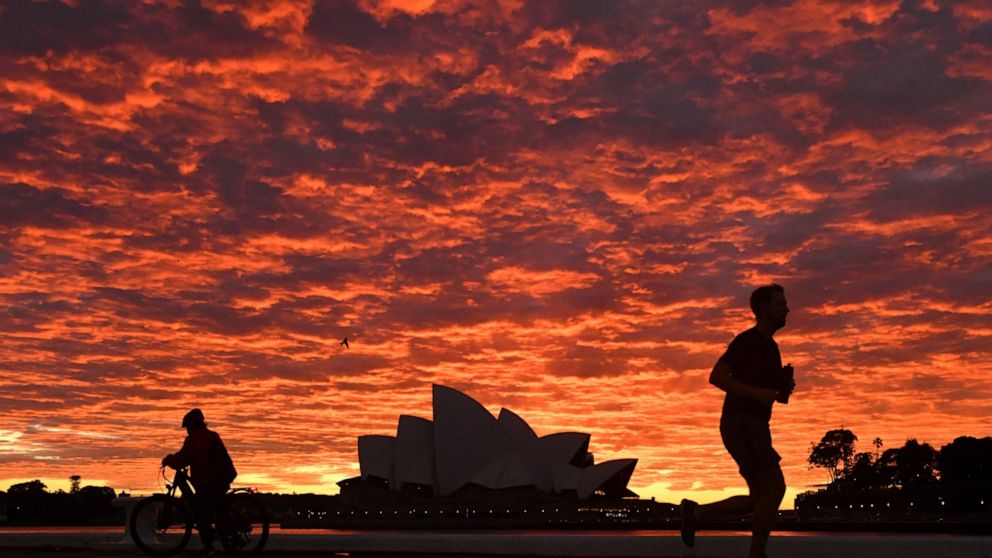 ‘Brain fog’ caused by Covid could be a result of…

SYDNEY — Australia’s Qantas Group says it expects Sydney’s COVID-19 lockdown to last for at least another two months and it will furlough 2,500 staff due to an associated downturn in domestic flights.

Sydney and Brisbane, Australia’s biggest and third-biggest cities respectively, are in lockdown due to growing clusters of the delta variant.

Qantas chief executive Alan Joyce said Tuesday that 2,500 staff from Qantas Airways and budget subsidiary Jetstar would be furloughed for an estimated two months. The airlines employ 26,000 staff in Australia.

Joyce said that based on current daily tallies of new infections, “it’s reasonable to assume that Sydney’s borders will be closed for at least another two months.”

Sydney, where Qantas is headquartered, and surrounding cities in New South Wales state have been locked down since June 26. The lockdown will continue until at least Aug. 28.

Brisbane and surrounding municipalities in Queensland state locked down on July 31 until Aug. 8.

Queensland on Tuesday reported 16 new cases in the latest 24 hours.

Australia’s prime minister, meanwhile, has dismissed an opposition proposal to pay people to be vaccinated as an insult to Australians.

Only 19% of Australian adults had been fully vaccinated by Monday. Most would prefer Pfizer which is in short supply. Many are concerned about the slight risk of blood clotting caused by AstraZeneca, the only alternative in Australia.

— U.S. hits 70% vaccination rate a month late and amid a new surge

MINNEAPOLIS — The First Avenue music venue in Minneapolis that was made famous in Prince’s movie “Purple Rain” is requiring that all concertgoers provide proof of vaccination against the coronavirus or show a negative virus test.

The venue said Monday that the policy is effective immediately.

Patrons must have a completed vaccination card that shows a final dose was administered at least 14 days before an event. If a patron is unvaccinated, they must show proof of a negative coronavirus result from a test taken within 72 hours of an event.

First Avenue says on its website that it previously required all its employees to be vaccinated.

LOUISVILLE, Ky. — Kentucky Gov. Andy Beshear is recommending that students and staff wear masks in schools, but has stopped short of requiring them to do so.

The governor also ordered Monday that state workers must wear masks indoors regardless of vaccination status amid a rise in infections with the delta variant of the coronavirus.

Beshear warns that workers “face a much higher likelihood that they get COVID and they get really sick” if they don’t use masks.

LITTLE ROCK, Ark. — Arkansas has reported 42 new deaths from COVID-19 and its biggest one-day spike in hospitalizations since the pandemic began.

The Department of Health reported 81 new hospitalizations Monday, bringing the state’s total to 1,220. The department says 451 of those patients are in intensive care and 250 are on ventilators. The state’s virus hospitalizations are nearing the high of 1,371 it set in January.

Gov. Asa Hutchinson is pleading with residents to get vaccinated, noting that nearly all of the hospitalizations the state has seen are among the unvaccinated. In a tweet, the governor says: “Do your part to help. Hospitals are full & the only remedy is for more Arkansans to be vaccinated.”

Arkansas lawmakers are preparing this week to take up Hutchinson’s proposal to allow public schools to require face masks.

CHICAGO — McDonald’s says it will require employees and customers to resume wearing masks inside some U.S. restaurants regardless of vaccination status.

The company said Monday that the mandate will apply in areas with high or substantial coronavirus transmission.

The company didn’t say how many restaurants would be impacted by the new mask mandate.

INDIANAPOLIS — A federal appeals court has ruled that Indiana University can proceed with its plan to require students and employees to get vaccinated for COVID-19.

Monday’s ruling is the highest court decision regarding college immunization mandates. The Chicago-based appeals court upheld a district court judge’s ruling that found that the university was acting reasonably “in pursuing public health and safety for its campus communities.”

Both courts rejected a request by eight IU students who sought to block the requirement while they challenge its legality, claiming it would violate their constitutional rights by forcing them to receive unwanted medical treatment.

The plaintiffs’ lawyer says he will ask the Supreme Court to consider the case.