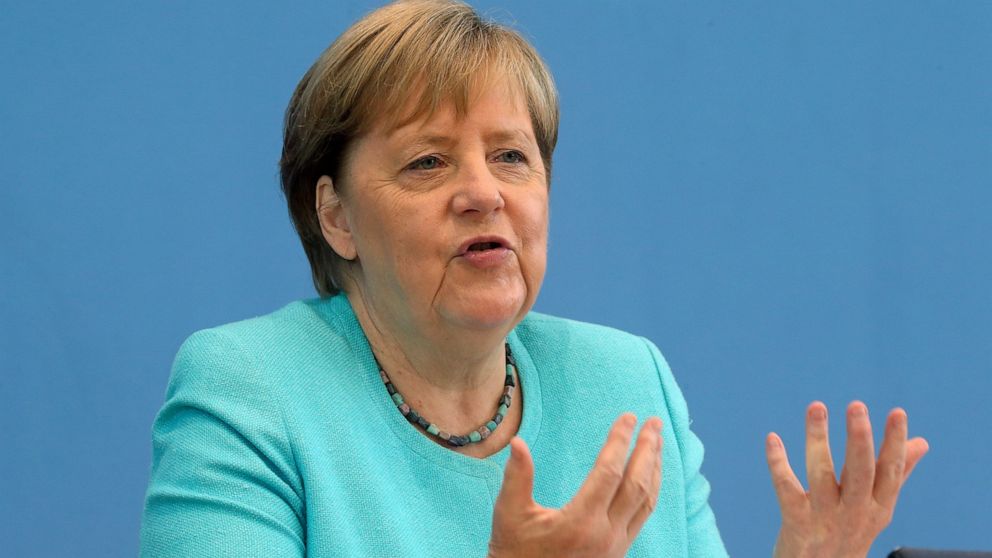 But Helge Braun said in an interview with the newspaper Bild am Sonntag that he doesn’t expect another coronavirus-related lockdown in Germany.

Braun said that unvaccinated people may be barred from entering venues like restaurants, movie theaters and stadiums “because the residual risk is too high.”

Braun said that such policies would be legal because “the state has the responsibility to protect the health of its citizens.”

Germany’s vaccine efforts have slowed in recent weeks and that has led to discussions about how to encourage those who haven’t yet received a vaccine to do so. More than 60% of the German population has received at least one dose while over 49% are fully vaccinated.

— Spaniards put faith in COVID-19 vaccines even as cases surge

AMMAN, Jordan — Jordan’s health minister says two coronavirus patients have died at a hospital in Amman after a short circuit knocked out power at the facility’s intensive care unit.

Investigators were working to determine the cause and whether the power outage was responsible for the deaths. Former Health Minister Nathir Obeidat resigned earlier this year after several COVID-19 patients died at a government hospital in Salt when their oxygen supply ran out.

LONDON — Chaos and confusion over travel rules and measures to contain fresh virus outbreaks are contributing to another cruel summer for Europe’s battered tourism industry.

But the patchwork and last-minute nature of the efforts as the peak season gets underway threatens to derail another summer.

Visitors to cultural and tourist sites in France were confronted this week with a new requirement for a special COVID-19 pass.

Italy has said that people will need a similar pass to access museums and movie theaters and dine inside restaurants and cafes.

Those include 27 believed to have been acquired abroad. No deaths were reported.

The National Health Commission reported that six of the cases believed to have come from abroad were in Yunnan on China’s southwestern border with Myanmar. Five were adjacent to Hong Kong in Guangdong. And four each were in Shanghai and Fujian province in the southeast.

Everyone in a county in Yunnan near the Myanmar border is due to be tested Monday and Tuesday for the virus following a spike in infections. China has tightened border controls.

BARCELONA, Spain — Spain is working to stamp out a wave of COVID-19 infections and is relying on widespread public trust in COVID-19 vaccines.

Spain was like its fellow European Union members at first. The country got off to a slow start in administering shots compared to Britain and the United States.

But Spain quickly made up ground once vaccine deliveries started flowing to meet demand. More than 24 million Spaniards are fully vaccinated. That represents 53% of the adult population.

Canada has detected BA.2 cases. What we know about this Omicron subvariant –…