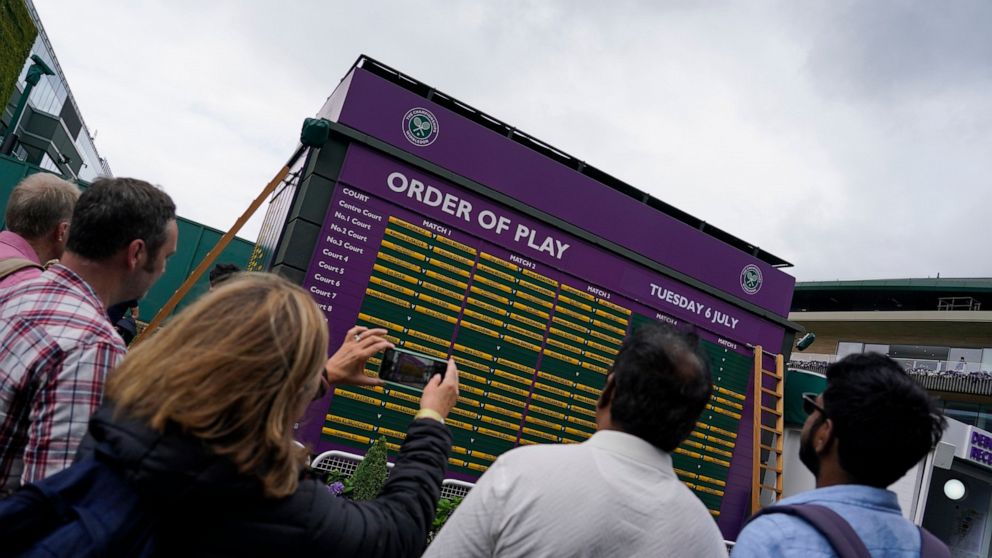 WIMBLEDON, England — The Latest on Wimbledon (all times local):

Six first-time Wimbledon quarterfinalists will be in action as four women’s matches determine the lineup for the semifinals.

But first on Centre Court is the completion of the last men’s fourth-round match between No. 2-seeded Daniil Medvedev and No. 14 Hubert Hurkacz, which was suspended in the fourth set because of rain. Medvedev leads two sets to one, with the players on serve in the fourth set.

First up on Court 1 is Karolina Pliskova against unseeded Viktorija Golubic, now underway with the retractable roof closed because of rain.

Only one women’s quarterfinal involves players who have advanced this far before at Wimbledon. The 2018 champion, Angelique Kerber, takes on Karolina Muchova, who lost in the round of eight two years ago.

Crowds on Centre Court and Court 1 can increase to 100% capacity beginning with the quarterfinals as Britain eases pandemic restrictions.