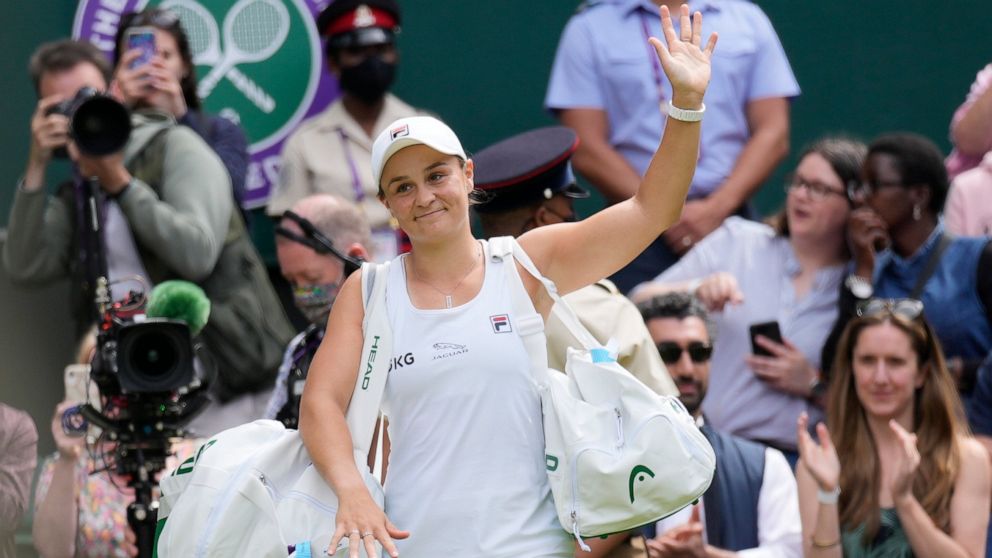 WIMBLEDON, England — The Latest on Wimbledon (all times local):

There will be a female chair umpire for the Wimbledon men’s singles final for the first time in the history of a tournament first played in 1877.

Marija Cicak, a 43-year-old from Croatia, will officiate Sunday when Novak Djokovic faces Matteo Berrettini for the championship at the All England Club.

She is a gold badge chair umpire and a member of the WTA Elite Team since 2012.

Cicak was the chair umpire for the 2014 Wimbledon women’s final and the women’s doubles final three years later. She also officiated the women’s singles gold medal match at the 2016 Rio de Janeiro Olympics.

Top-seeded Ash Barty will be looking for her second Grand Slam title when she takes on eighth-seeded Karolina Pliskova in the final at Wimbledon.

There is rain in the forecast for Saturday so it’s possible the match will be played with the retractable roof at Centre Court closed.

Barty is trying to become the first Australian woman since Evonne Goolagong in 1980 to win the Wimbledon title and has a 5-2 edge in career meetings with Pliskova.

Pliskova is a former No. 1-ranked player who is looking for her first Grand Slam title. She lost in the U.S. Open final in 2016.

Pliskova beat No. 2 Aryna Sabalenka in the semifinals at Wimbledon and is trying to do something only three other women have done in the Open era, which began in 1968: win the championship at the All England Club while beating the top two seeded players along the way.

James Keothavong will be the chair umpire for the final.