The ‘Californization’ of the Olympics 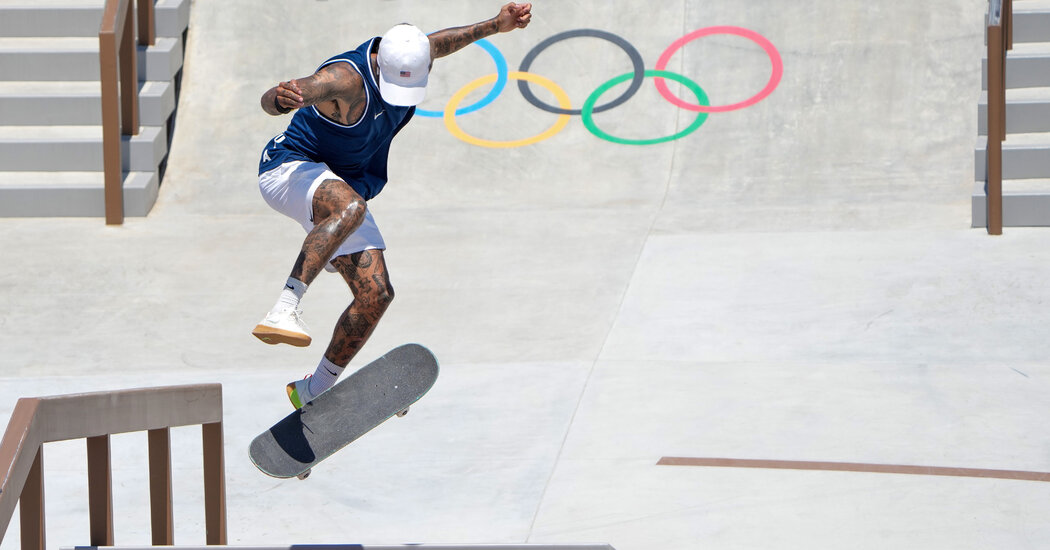 Stop me if you’ve heard this one before: If California were its own country, it would rank fifth in an Olympic medal count.

Dr. Bill Mallon, who had recently landed in Tokyo when I reached him by phone this week, couldn’t say for sure whether that was true. But, he told me, the state would rank “almost certainly in the top 10.”

What he could say for sure was that, in terms of producing Olympians, California’s universities are at the top of the list. As of about 2012, Mallon said, Stanford had sent 289 American athletes to the Games, the most of any school. That was followed by 277 from U.C.L.A., 251 from the University of Southern California and 212 from U.C. Berkeley.

He had me guess the fifth-place university. I couldn’t, but it was Harvard. “They produce a lot of rowers,” Mallon said.

In other words, even before skateboarding and surfing were added to the Games, which have their opening ceremony today, the Golden State was a robust presence at the Olympics — a testament, Mallon said, to the state’s ideal weather for year-round training, its large population and the existence of a kind of snowball effect for athletes at top universities. (Athletic success begets more success.)

But the “Californization” of the Olympics dates all the way back to the 1920s, according to Mark Dyreson, a professor at Penn State who specializes in the history of sport.

In a 2013 paper, Dyreson wrote that it was a very intentional strategy by the government, sports promoters and corporate entrepreneurs.

“During the 1920s, American economic and cultural power began a westward shift,” he wrote. While New York and Washington were still the nation’s centers of finance and government, “Los Angeles operated as the core of the nation’s burgeoning lifestyle industry.” That included fashion, celebrities, tourist sites and recreation.

By the time Los Angeles hosted the 1932 Olympics, California had come to represent to the world a vision of American affluence, of a good life — one that would ultimately remain out of reach for most.

The debuts of skateboarding and surfing at the Games this year, Dyreson told me in an email, reinforce this pattern.

No matter their historical origins (in the case of surfing, that’s in Hawaii, not California), action sports have tended to “take off when they get sucked into the California cultural production industry and transformed into ‘lifestyles’ complete with clothing lines, iconographic narratives and liberal doses of California ‘cool,’” Dyreson wrote.

Thus, the sports are extensions of American — and specifically Californian — consumerism delivered to the world via the “mega-spectacle” that is the Olympics.

Neftalie Williams, a postdoctoral scholar at U.S.C. and a visiting fellow at the Yale Schwarzman Center who studies skateboarding culture, had a more generous assessment. The inclusion of skateboarding in the Olympics signals recognition for athletes of diverse backgrounds who have been marginalized and criminalized, he told me.

“It makes you think about the fact that here are Olympians that can get arrested skating down the street,” he told me. “No one’s getting arrested playing water polo.”

Unlike athletes in other sports, elite skateboarders aren’t siloed from the rest of the community, which means young skaters can engage at whatever level they want. So representation at the Olympic level has a different kind of resonance.

Williams acknowledged concerns that skateboarding in the Olympics represents a kind of mainstreaming and commercialization of a sport “born in the streets” with a countercultural ethos. But for now, including skaters in the Olympics is a way of giving the sport’s progressivism and creativity a bigger platform, he said.

“All institutions need to change,” Williams said. “My question is: What are you going to do?”

Barbecue fans around the world can debate the features of a Platonic Texas brisket, or what makes a perfect Kansas City sauce.

So what defines California barbecue? That, my colleague Tejal Rao wrote recently, has been harder to answer.

Read on here, but — as is always the case with Tejal’s stories — don’t click unless you’re prepared to get really hungry.

Jill Cowan grew up in Orange County, graduated from U.C. Berkeley and has reported all over the state, including the Bay Area, Bakersfield and Los Angeles — but she always wants to see more. Follow along here or on Twitter.