The C.F.P.B. says it will scrutinize banks that rely heavily on overdraft charges. 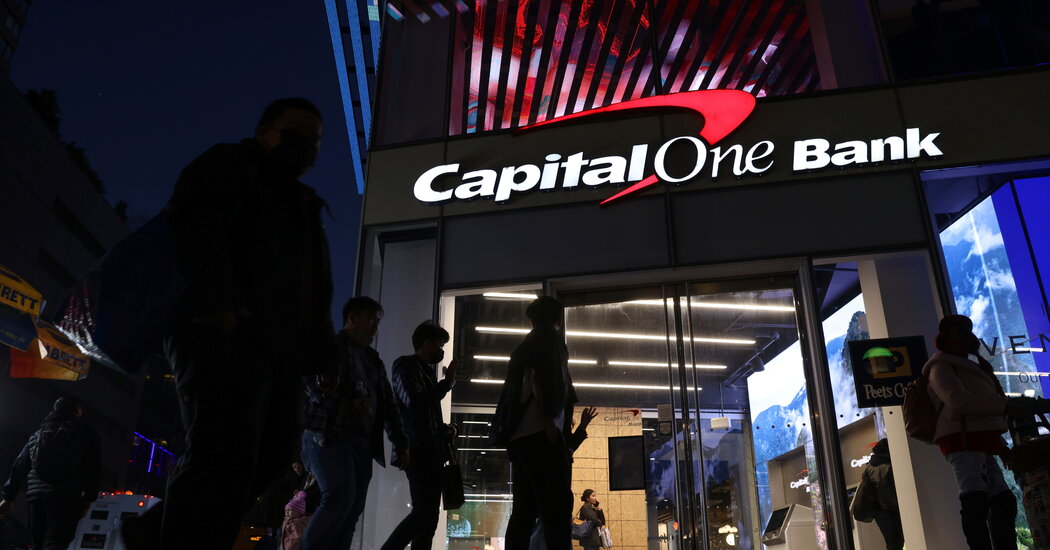 Customers who have already opted into Capital One’s overdraft program will be automatically moved to the no-fee version early next year, fully eradicating the $35 fees. The bank said eliminating them would cost it roughly $150 million in revenue annually.

While Capital One is not among the country’s very biggest banks — JPMorgan Chase, Wells Fargo and Bank of America generated 44 percent of the fees reported in 2019 by banks with assets above $1 billion, according to the consumer bureau — it is large enough for its decision to have some significance, advocates said.

“This move by Capital One will have tremendous benefits for the most vulnerable consumers,” said Lauren Saunders, associate director at the National Consumer Law Center, an advocacy group. It also “puts pressure on the rest of the banking industry to eliminate these predatory fees, which are a back-end way of harming consumers.”

Regulations introduced in 2010 helped curtail some of the worst abuses by requiring banks to receive consumers’ consent to opt into overdraft services on debit transactions and A.T.M. withdrawals, but the practice is still worth billions. From 2015 to 2019, overdraft and related revenue at banks with $1 billion or more in assets increased about 1.7 percent annually to $11.97 billion, according to the bureau’s latest report. But it fell more than a quarter in 2020 to $8.84 billion, a decline credited at least in part to government aid programs in response to the pandemic.

The bureau has already taken action against some banks in recent years. In August, it ordered TD Bank to pay $122 million in penalties and customer restitution. In 2018, TCF National Bank — whose former chief named his boat Overdraft — reached a $30 million settlement.

Capital One customers who do not already have overdraft protection will be able to enroll in the no-fee program, but habitual overdrafters may not qualify. In a memo to staff, Richard Fairbank, the bank’s chief executive officer, said customers would need to show a steady pattern of deposits to be granted overdraft protection — and could not have a history of frequent overdrafts.

If a participant’s overdraft balance is not repaid after 56 days, the bank will write it off — the same procedure the bank follows now, according to a spokeswoman. The missed payment will not affect a consumer’s traditional credit score, but it will be reported to a specialty bureau, Early Warning Services, owned by seven of the largest banks.

The bank will continue to allow customers to sign up for automatic no-fee transfers from their Capital One savings or money market accounts to pay for transactions their checking account cannot cover.