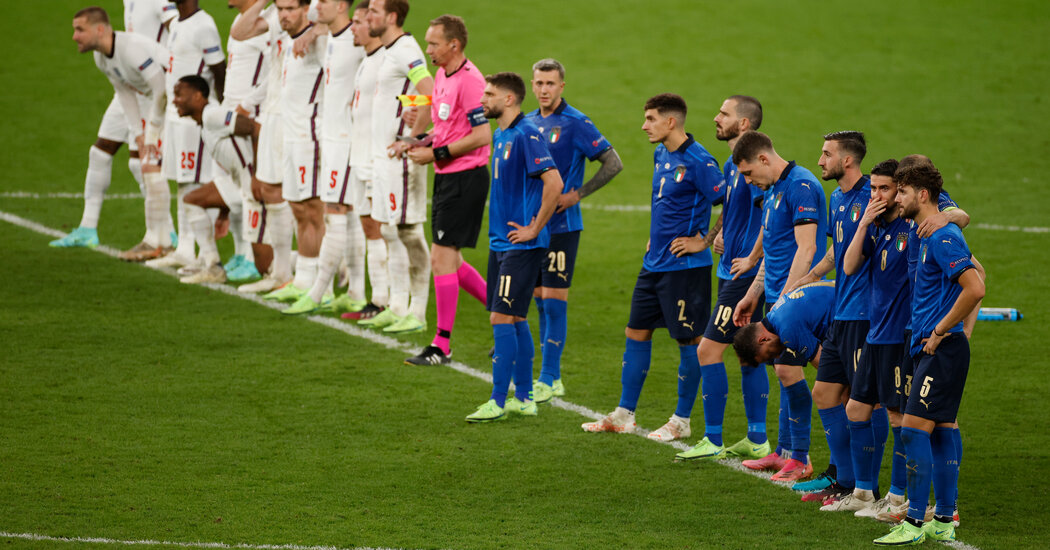 Italy is in a tight huddle and England is a looser one as their coaching staff pick their penalty takers. But the tension ahead of the shootout is palpable. All that work, and it comes down to this.

Kane and Chiellini meet with Kuipers for the toss. Kane picks the end on the first coin flip, and chooses the goal in front of the England supporters. Chiellini elects to have Italy go first on the second toss.

We’ll just play this straight down the line here now, one by one, so keep refreshing:

Sancho up next. SAVED BY DONNARUMMA!!

Italy can win it here.

Jorginho. Who beat Spain. Who takes Chelsea’s penalties. For the win.

Watch for the hop.

PICKFORD SAVES! He read it and pushed it onto the post!!

ITALY HAS WON THE EUROS!!!