There are just shy of nine million people in London. And as anyone who’s ever tried to get a haircut there will tell you, only a fraction fewer barber shops.

As is the case with almost everything in the capital – bars, flats, romantic partners – the sheer depth of variety can make it nigh-on impossible to find a suitable barber shop, which is why we have taken to the streets to track down the cream of the Big Smoke’s crop.

From magnificent Mayfair grooming emporiums fit for a king to South London chop shops offering precision skin fades for less than a round of drinks, you never have to settle for a bad haircut ever again.

What was once a sex shop in an old fishmonger is now a hairdressing institution in an old sex shop. If the walls at Fish salon could talk, they’d likely tell tales of seafood, seduction and some of the finest scissor skills Soho has ever seen.

Opened by Paul Burfoot some 30 years ago, Fish has become a name synonymous with London barbering and known around the world for its hair products. It also has a raw authenticity about it that a lot of modern barber shops lack, which is what makes it one of the best in town. Don’t let the name fool you, the highly-skilled staff at this Edinburgh-born barbering establishment are anything but violent, which is just as well given the array of bladed implements they have at their disposal.

Ruffians was one of the names that spearheaded the barber shop revolution of recent years, giving rise to a new age of male grooming in the process and helping men to take pride in their appearances once again. 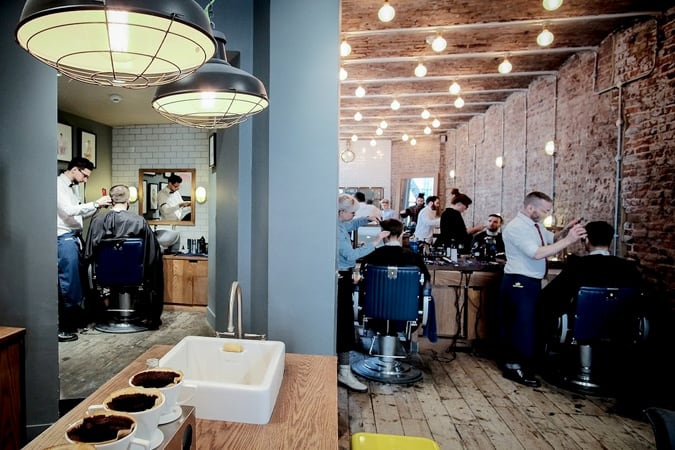 With a history dating back to 1896, the floor at Pall Mall Barbers is certainly no stranger to a smattering of shorn hair. The original Whitcomb Street shop is one of the oldest in the capital and despite having changed hands several times, has never stopped being used to chop mops.

For mid-price cuts, Pall Mall Barbers’ has a glowing reputation, which has seen it open up locations all over the city to cope with demand. There’s even a New York shop coming soon, too. 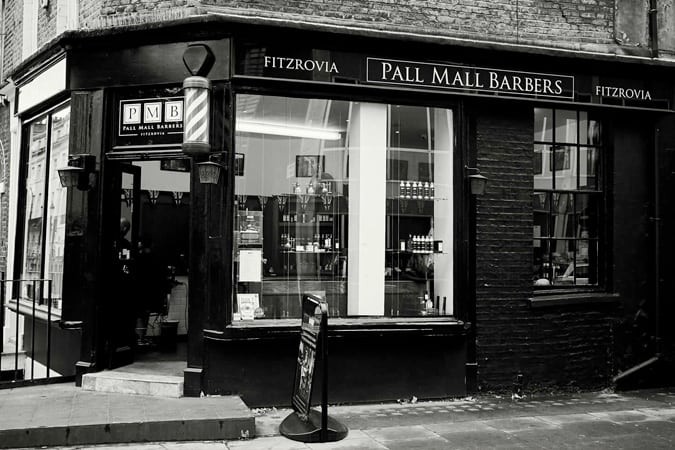 Just off the severely beaten cobbles of Carnaby Street lies Pankhurst, a haven for gentlemen who like their haircuts timeless and classic. Wait for your turn in the barber seat flicking through chunky coffee table mags in the basement conservatory, before choosing between a classic cut, wet shave or hot-towel massage.

The clientele here is more mature than at the hipster Shoreditch spots, and the cuts they excel at match the audience – neat and elegant, perfect for those who live in the boardroom. For an authentic Turkish barbering experience without having to set foot outside of London, try one of Ted’s Grooming Room’s 11 city-centre locations.

Here you’ll be able to enjoy a relaxing hot towel massage, one of the closest shaves you’ll ever experience and, if you’re feeling brave, you can even elect to have the hair burnt out of your ears with actual fire – which surprisingly is nowhere near as horrifying as it sounds. A DJ turned barber to the stars, Joe Mills is a man who knows his way around a pair of scissors better than most.

His light and airy Soho salon offers some welcome respite from the more dimly-lit, ‘traditional’ barber shops that have otherwise engulfed the city – which is perhaps why he counts a selection of discerning musicians, models and actors alongside his loyal clientele. Producing its own range of acclaimed fragrances, creams and potions, Murdock is more than just a barber shop – it’s a grooming empire.

With eight locations spread out over some of the city’s most selective neighbourhoods, the brand is delivering on its pledge to make traditional London barbering part of the modern man’s routine – earning itself a nationwide reputation in the process. When the likes of Dizzee Rascal, Anthony Joshua, Tinie Tempah and Reggie Yates are after a flawless fade, there’s only one place in town they’ll go.

Slider, a former MC, has been doing his thing for over a decade, earning himself and his shop a reputation as London’s hottest spot for cutting afro hair. But don’t take our word for it, pop in and find out what the fuss is about first hand. If you’re not a fan of the whole ‘ye olde barber shop’ vibe that a lot of outposts seem hellbent on perpetuating, the sleek, modern styling of Farringdon’s Manifesto might be more to your liking.

You won’t find any wood-panelled walls or men in waistcoats here, but what you will be greeted with is a barbering experience unlike any other, courtesy of some of London’s most respected scissormen. Located just off the East End’s bustling Brick Lane lies Nomad, an award-winning barber shop that lives up to its name.

When proprietor and master barber Miguel Gutierrez isn’t in the shop cutting hair to perfection, he’s jetting off around the world to learn about his craft from the people who practise it and updating his Nomad Barber YouTube channel with the results. A bright and breezy space with industrial touches and an on-site coffee shop – Aveda Men isn’t what you might call your typical London barber shop. And that extends to more than just the decor.

Fusing ‘traditional barbering and holistic wellbeing’, Aveda Men offers a place where the city’s men can unwind while enjoying treatments ranging from a classic cut and shave to a 30-minute facial. 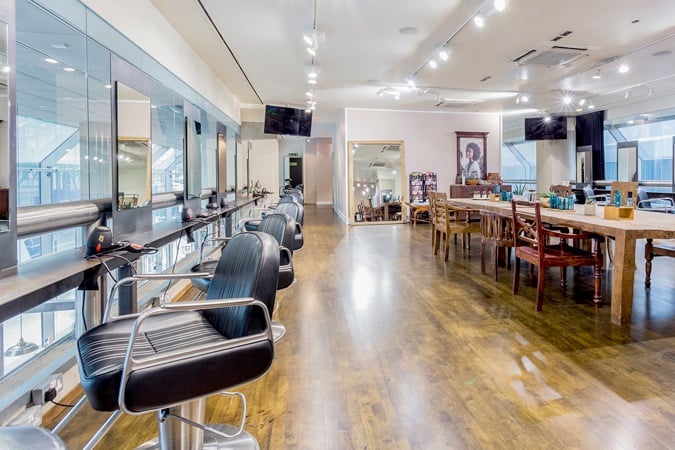 A staunch supporter of the notion that barber shops should be places where men can seek refuge and enjoy a trim, a shave and even just a chat, tattooed owner Johnny Shanahan has designed his two London outposts accordingly.

Traditional leather chairs and antique wooden apothecary drawers are offset by decorative neon signs and brightly lit Hollywood mirrors. So if you need a quick, quirky break from modern life, Barber Barber is the place to go. If the free Wi-Fi, free drinks and friendly chatter aren’t enough to get you through the door of this South London barber, then the supreme cuts surely will be.

If you’ve ever marvelled at the flawless edging and masterful fades rocked by the likes of Drake and thought to yourself, “how is that even possible?” Wonder no more, pay RXB a visit and all will become crystal clear. Short on cash? Why not get your trim for free courtesy of an apprentice? The world is awash with salons attempting to replicate that authentic, old-world barber shop feel but Truefitt & Hill doesn’t have to. Why? Well, because it’s certifiably the oldest such establishment on the face of the Earth, and most likely beyond for that matter.

This London mainstay has been open and running since 1805. In that time it’s earned several royal warrants that have seen its barbers cutting the hair of many generations of the Royal Family, as well as respected figures like Sir Winston Churchill, Frank Sinatra and John Wayne. Jack The Clipper (The City)

For more than 20 years, the skilled Turkish barbers at this London institution have been doing their bit to keep the art of cutting and shaving alive in the capital. They’ve won themselves a cult-like following in the process and have opened five locations across the capital to keep up with demand.

The professionals here are some of the last still practising their trade, so while you wouldn’t have wanted Jack the Ripper anywhere near you with a blade, Jack the Clipper is worth paying good money for. 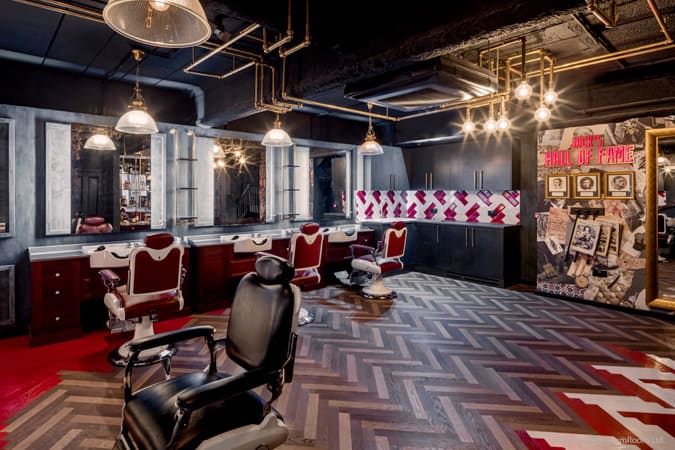 While many shops rely on antique furnishings and questionable claims of heritage to get bums on barber’s seats, Huckle the Barber does precisely the opposite.

There’s no pretence, gimmicks or fuss to be found here – just skilful barbering, solid cuts and good conversation. So sit back, enjoy a drink of your choice and let your stylist get to work, safe in the knowledge that when you strut back out of that door, you’ll be a new man. 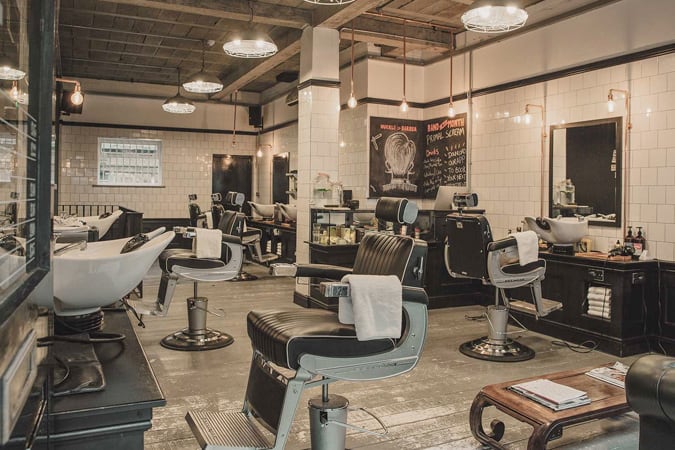 Situated in the heart of picturesque Notting Hill, Carter & Bond has been providing residents with some of the best barbering in London for the past decade.

The upstairs of the shop is stocked with grooming products galore, including premium shaving bags and accessories from Carter & Bond itself. Downstairs meanwhile you’ll be treated to some of the sharpest wet shaves, beard trims and haircuts the Big Smoke has to offer. 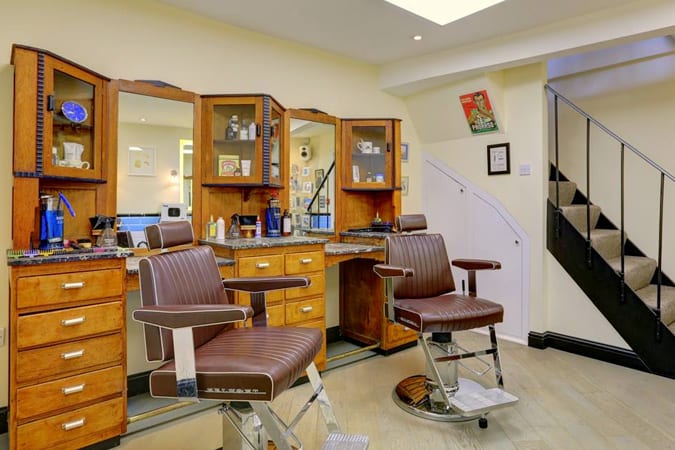 With its flagship shop in Fitzrovia, Sharp’s offers up modern barbering in surroundings that give a nod to the past. The brand has been in operation since 2002, cutting and styling the hair of London’s men and that of their cousins across the pond in New York.

However, as good as they are at it, the guys at Sharps don’t like to call it ‘grooming’ – they say ‘prep’ instead. So why not nip in and see what else they do differently, too? If you’ve ever left the barber’s thinking to yourself, “that was nice, but it would’ve been better with a facial and a Swedish massage thrown in,” then this unapologetically opulent Mayfair grooming parlour and spa will be right up your street.

Choose from a selection of treatments – including all the traditional barbering services – while relaxing in either one of the luxurious private booths, or the palatial barber shop room, all complete with TVs, floating sinks and every other mod con you can think of. 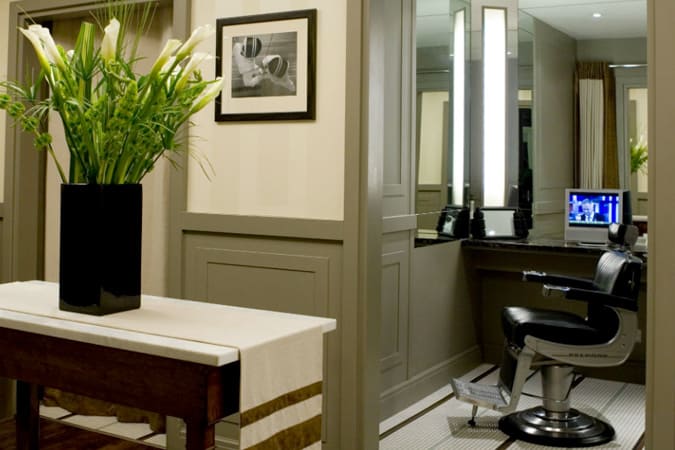 Not content with just making exceptional clothes and accessories, the connoisseurs of all things luxury at Alfred Dunhill decided to give this barbering lark a go too.

On paper, the leap from stitching seams to snipping sideburns doesn’t sound like a particularly natural one, but it’s something that The Spa & Barber at Dunhill has managed with aplomb. So enjoy a thorough client consultation, before kicking back in the shop’s ornate surroundings and putting your hair in the hand’s of one of The Spa’s highly-skilled stylists.