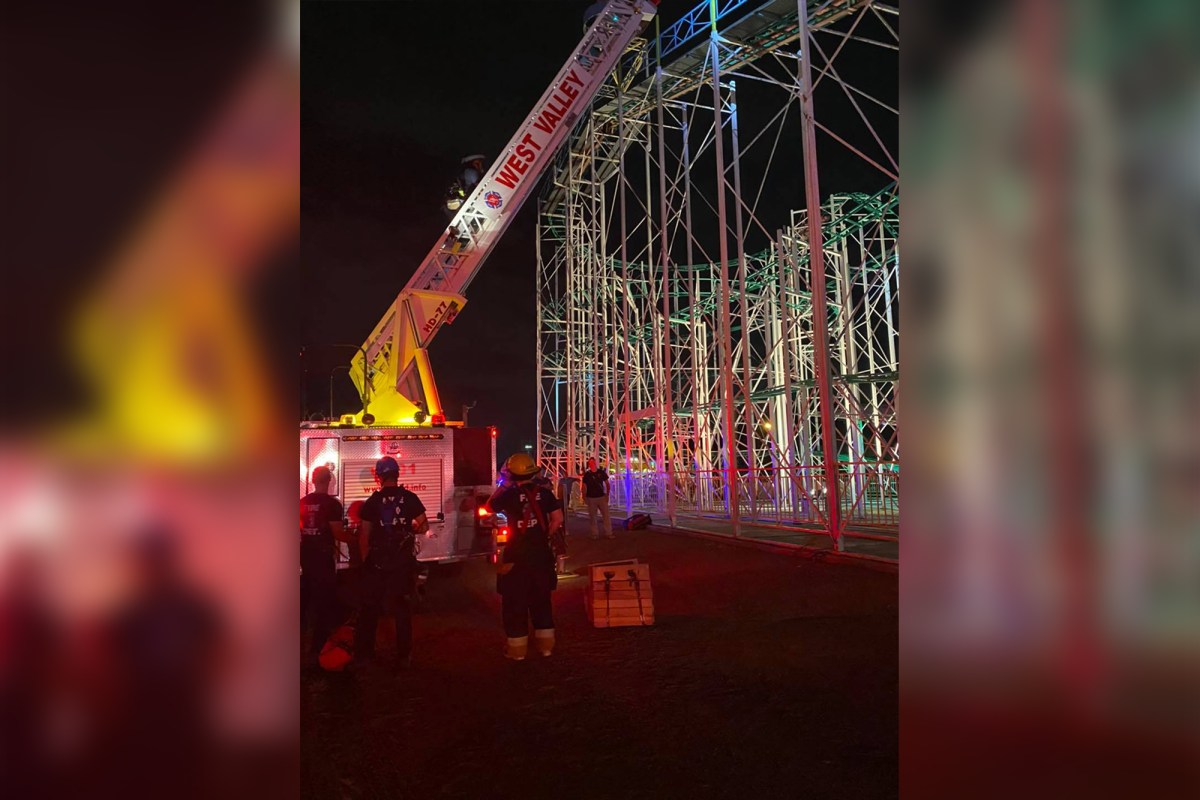 A group of teenagers got a different kind of thrill ride when they had to be plucked from a stalled roller coaster at a New Mexico amusement park Saturday night.

The eight teens were stuck atop “El Bandido” for two hours at the Western Playland Amusement Park when two cars on the speedy coaster ground to a halt, the El Paso Times said.

Firefighters from the West Valley Fire Department were dispatched to the scene around 8:30 p.m. and ultimately managed to use a ladder truck to rescue the stranded teens.

“I knew everyone that was up there so we kept each other company,” Angel Cuevas, one of the teenagers, told WGFL-TV.

“Some of us got hungry and others had to use the restroom,” Cuevas said. “Waiting that long was pretty wild for us, but we were all grateful that we got down safely.”

The Sunland Park Fire Department helped out with the rescue, and no one was injured.

Officials have not determined what caused the coaster to come to malfunction.