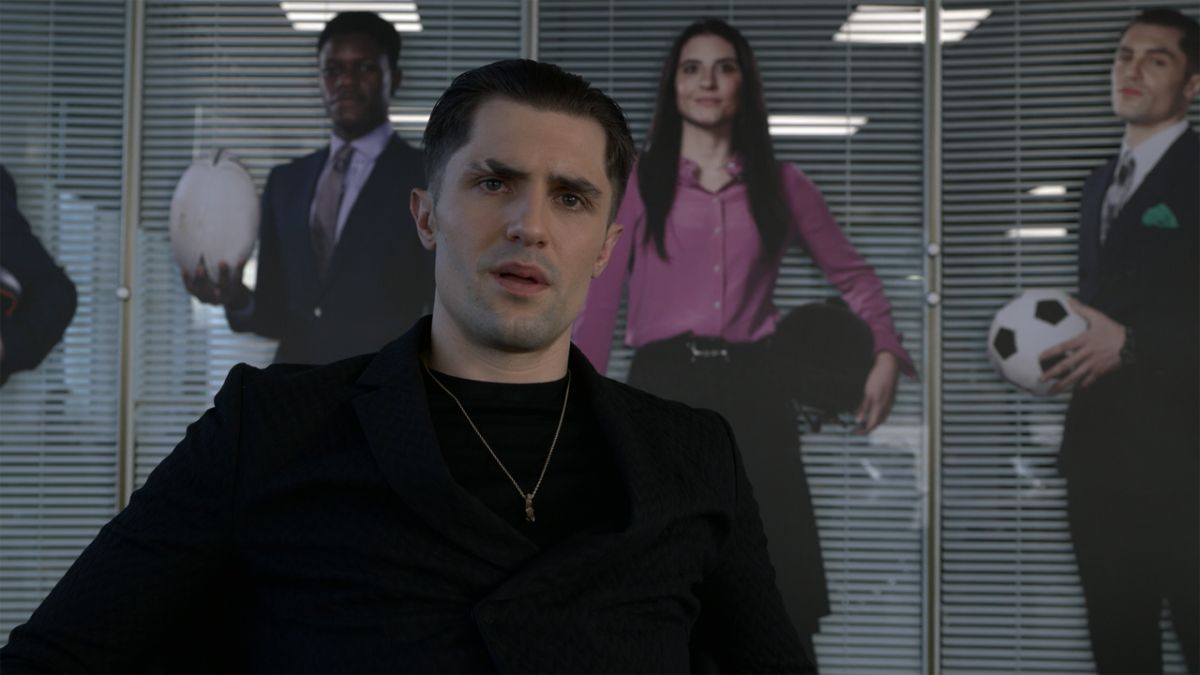 F.A.A. Says It Has Reached a Deal Over 5G Service at…

The second episode of Ted Lasso season 2 has landed on Apple TV Plus, and its cliffhanger ending could lead to some tense moments for Ted (Jason Sudeikis) and AFC Richmond’s squad moving forward.

Jamie Tartt, the egotistical but talented soccer player who spent time on loan at Richmond last season, has returned to the club – and, this time, he’s back permanently.

Given that Ted has spent months building a harmonious dressing room atmosphere, Jamie’s shock return threatens to undo that good work. So how will Richmond’s players, including Sam Obisanya (Toheeb Jimoh) react to Jamie’s signing? And what could Jamie’s return mean for Richmond’s chances of promotion back to the Premier League?

Ahead of Ted Lasso season 2 episode 2’s release, TechRadar sat down with Phil Dunster, who plays Jamie in the show, to find out just how divisive Jamie’s return could be.

Jamie was conspicuously absent for much of season 2’s opening episode but, as viewers will now know, there was a reason for this: Jamie had signed up to be a contestant on Lust Conquers All, a satirical take on reality TV dating shows like Love Island.

Within the first 10 minutes of episode 2, though, Jamie’s entire world comes crashing down.

After he’s voted off Lust Conquers All, Jamie learns that Manchester City – the team he left to appear on the reality TV series – don’t want him back. A chat with his agent, too, reveals that there are no clubs that want to take a punt on him either. The reason? “You’re seen as a liability,” Jamie’s agent tells him.

Despondent and desperate, Jamie meets up with Ted to ask if he can return to Richmond in a permanent capacity. The duo engage in a heart-to-heart, but Ted turns Jamie’s request down.

That is, until Ted appears to change his mind as a result of conversations with Sam and Doctor Sharon Fieldstone (Sarah Niles), the club’s newly appointed sports psychologist.

A photograph of Ted and Jamie’s meeting leaks online and, once he hears that Jamie may be coming back, Sam storms off. Ted follows him to reveal that Jamie won’t be returning.

Ted, though, reconsiders his stance when Sam inadvertently reminds him that Richmond haven’t won yet this season. A similar point is made by Sharon, who prompts Ted to change something as his team is on a run of eight straight draws.

Cue episode 2’s climactic scene, with Jamie – kitted out in Richmond’s training gear – arriving for first-team training, much to the displeasure of Sam and Richmond’s other players.

For Dunster, Jamie’s sudden reappearance, and the potential impact it’ll have on Richmond’s squad, is a reflection of real-life soccer where players don’t get along with all of their teammates. Even so, given the positive environment that Ted has fostered since Jamie’s departure, his return could spell danger for Richmond’s team spirit.

“There’s a lot of trepidation to Jamie coming back,” Dunster tells TechRadar. “In Sam’s case, you have this person who has been thriving because Jamie is no longer there, but now has to deal with him wanting to come back. And the team and Ted seem open to it [Jamie’s return], so Sam feels betrayed by that. It’s a brilliant idea on our writers’ part as it’s what would actually happen at a football club.”

The muted reaction to Jamie’s return, though, is indicative of what Richmond’s squad initially thinks of Ted’s decision – and Jamie can sense it.

Manchester City’s sudden recall of Jamie from his loan spell last term, combined with him setting up the goal that relegated Richmond in the season 1 finale, means that Jamie has plenty of bridges to mend if he wants to regain his teammates’ trust.

He was Richmond’s star player before Ted’s arrival. Now, though, Jamie finds himself as the outsider of the group for the first time in his career – and it’s a position that, while alien to Jamie, might be the catalyst for real change within him.

“He understands that people are going to be upset with him,” Dunster explains. “Maybe he doesn’t quite know how to deal with that yet, but their reactions don’t surprise him. He’s an underdog for the first time in his professional career and people aren’t sure if it’s going to work out. But, as we see throughout this episode and the rest of the series, he finds very Jamie-esque ways to try and win hearts and minds.”

Judging by Jamie’s past attempts to do the right thing and win people over, viewers can expect more bumps in the road as Jamie looks to redeem himself. Under Ted’s guidance at his spiritual home of AFC Richmond, though, Jamie is in the right place to improve personally and professionally. If he does, maybe, just maybe, Richmond can truly start to believe in that dream Premier League return.

The first two episodes of Ted Lasso season 2 are available to stream now on Apple TV Plus.