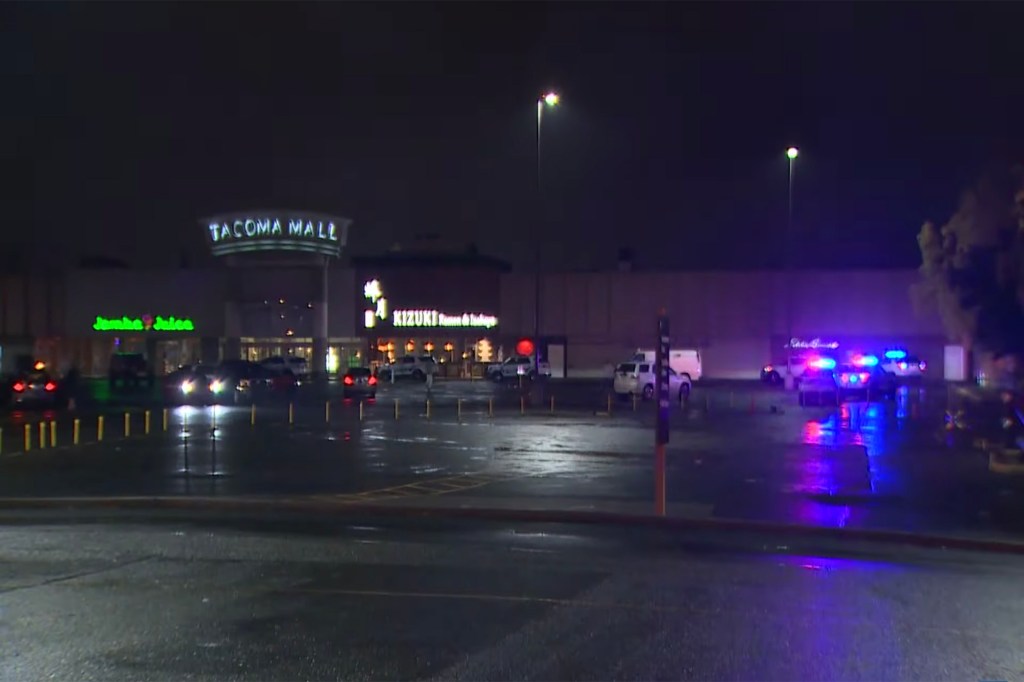 At least one person was wounded when a shooting broke out at a Washington State mall swarmed with Black Friday shoppers, officials said.

Hundreds of holiday shoppers took cover after gunfire erupted in the food court of the Tacoma Mall around 7 p.m. local time on Friday, according to The Pierce County Sheriff’s Department.

Stores were placed on lockdown and people sheltered in place after shots were fired, Fox 13 reported.

No arrests were immediately made in connection to the incident, cops said.

Witnesses described the horrifying scene as the crowded mall descended into chaos when shots broke out.

“We heard a stampede running through the center of the mall and people trying to run in and the staff here in our store immediately went and locked the doors,” Aury Moore, who was forced to shelter in place, told Fox 13.

It came after another Black Friday mall shooting in Durham, North Carolina left three people injured, including a 10-year-old child.

The Tacoma Mall was the site of an attempted mass murder on Nov. 20, 2005, when Dominick Maldonado, then 20, opened fire with an assault-style rifle, wounding seven people. He is currently serving a 163-year sentence at the ADX Florence federal prison in Colorado.