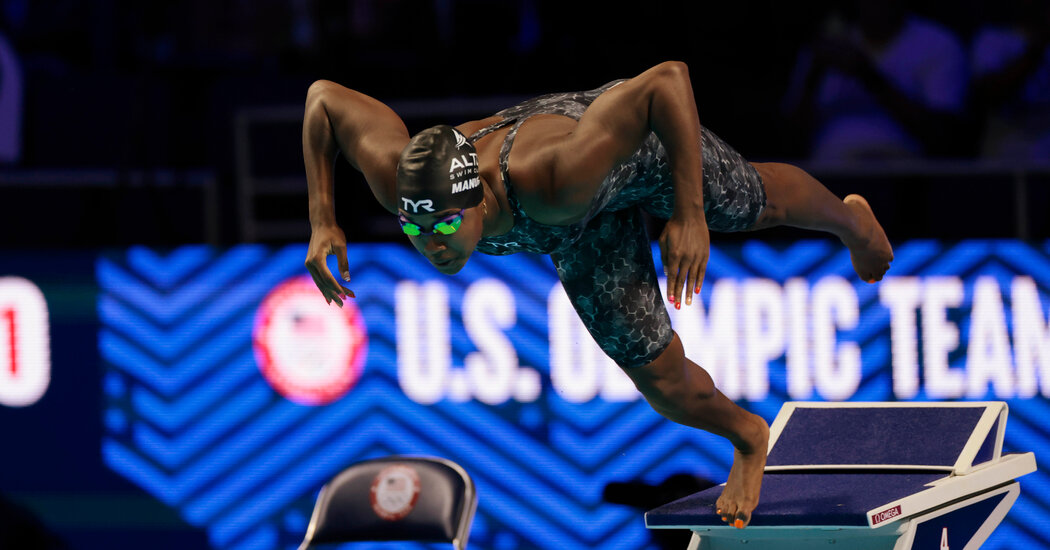 Like most years, we dive into the Olympics by diving into the pool. Swimming dominates the first week of the games. Expect some familiar faces and some new ones, many of them Americans, on the medals stand.

When does swimming happen?

Competition gets underway on Saturday night, July 24, in Tokyo, which is Saturday morning in the United States. Competition continues every day until the evening of Saturday, July 31, U.S. time.

How does the meet work?

For most events, competitors swim heats, with the top 16 times qualifying for the semifinals. The eight fastest swimmers in the semis advance to the finals.

All of the finals will be held in the morning in Japan, so they can be shown live on television in prime time in the Eastern United States.

Who are the biggest American stars?

She could in theory win five golds this year, because the 1,500 freestyle has been added to the program as well. Expect her to cruise in the longest events, but face a strong challenge from Ariarne Titmus of Australia in the shorter ones.

Ledecky also has a relay win from 2012, for a total of five career golds. Three more this year would tie her with the swimmer Jenny Thompson for the most by an American woman. Four would match the women’s record of nine by Larisa Latynina, a Soviet gymnast of the 1950s and 1960s.

An American man who could hit a similar level of stardom is Caeleb Dressel. He was part of two winning relays in Rio but truly burst onto the scene with five gold medals at the 2019 world championships. He’ll be entered in the shortest, fastest events: the 50 and 100 freestyle and the 100 butterfly, plus a few relays.

Simone Manuel became the first Black woman to win an individual swimming gold medal, in the 100 freestyle in Rio. But she failed to qualify for that event this year. She will swim in the 50 free on Saturday evening Eastern time, July 31.

One more American to watch is Lilly King, who will be looking to repeat in the 100 breaststroke.

The Americans will also be in the mix in all seven relays, including a new mixed medley relay in which each nation will send out two men and two women.

Who are the international stars?

Katinka Hosszu of Hungary won both the 200 and 400 meter individual medleys in Rio and goes for the double repeat in Tokyo. On the men’s side, Daiya Seto of Japan won a bronze in the 400 individual medley four years ago, but with significant improvement in recent years and swimming in his own country, he could win both the 200 and 400 I. M.s this time around. Michael Andrew of the U.S. in the shorter medley is his biggest threat.

Also look for Adam Peaty of Britain in the 100 breaststroke and Evgeny Rylov of Russia in the backstroke events.