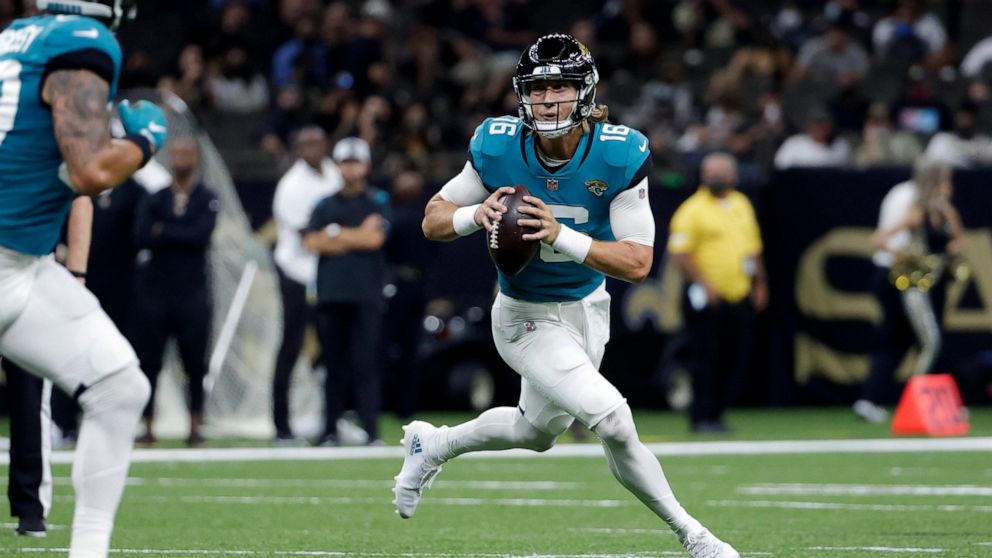 JACKSONVILLE, Fla. — Trevor Lawrence will start Jacksonville’s season opener at Houston on Sept. 12, one of the least surprising decisions in franchise history.

Coach Urban Meyer made the announcement Wednesday, giving Lawrence the nod over third-year pro Gardner Minshew after two preseason games and a month of training camp. Meyer expects Lawrence will never have to earn a starting job in the NFL again.

“You can capitalize that if you want. Underline it. Cap it,” Meyer said.

Lawrence, the top pick in the 2021 NFL draft, and Minshew, a two-year starter in Jacksonville, split repetitions with the first-team offense during camp. Meyer wanted “healthy competition” at every position, including quarterback.

Nonetheless, just about everyone outside Minshew’s camp expected Lawrence to be Jacksonville’s starter in Houston. Lawrence was the No. 1 pick, the top college prospect in nearly a decade, and outperformed Minshew at every turn during camp.

“It doesn’t really change anything, though,” Lawrence said. “Still got the same task in front of us, got to get a lot better, individually, as a team, as an offense. Just looking forward to going to work this week. It brings some clarity, which is nice, going forward. But it really doesn’t change much, but, yeah, I’m really excited for the opportunity, grateful for it.”

Lawrence has completed 20 of 32 passes for 184 yards in two exhibitions, both losses. He started each game, was sacked three times, and led the offense to just a field goal in six series.

“It’s frustrating, but also we just got to stick together and keep playing,” Lawrence said. “We’re going to figure it out. I’m really confident in that. We got a bunch of guys that are putting the work in and we’re going to do everything it takes to get on the right track.”

After a slow start to the offseason – Lawrence had surgery to repair a torn labrum in his non-throwing shoulder in February and then was hampered by a strained hamstring in organized team activities – he looked every bit as advertised in camp. Teammates raved about his arm, his mobility, his touch on deep passes and his command of the huddle.

Minshew, meanwhile, looked about like he did last year. He’s undersized and has a mediocre arm and average mobility. He is 7-13 in 20 career starts for Jacksonville. He appeared to be on the trading block in March when the Jaguars signed former San Francisco backup C.J. Beathard to a two-year contract worth $5 million. Most of Beathard’s salary this season is guaranteed, making it unlikely he will get cut.

Minshew has completed 17 of 29 passes for 196 yards, with two interceptions and two sacks. He now joins Beathard in a vying for the backup spot.

Beathard has been the most effective quarterback while playing with the third-team offense. He has completed 22 passes for 223 yards and three TDs.

“Obviously, my respect for Gardner has been well documented as just a warrior,” Meyer said. “Gardner got stuck behind some protection issues, at times was running for his life back there, and then C.J. came in. That’s two weeks in a row (he’s played well).