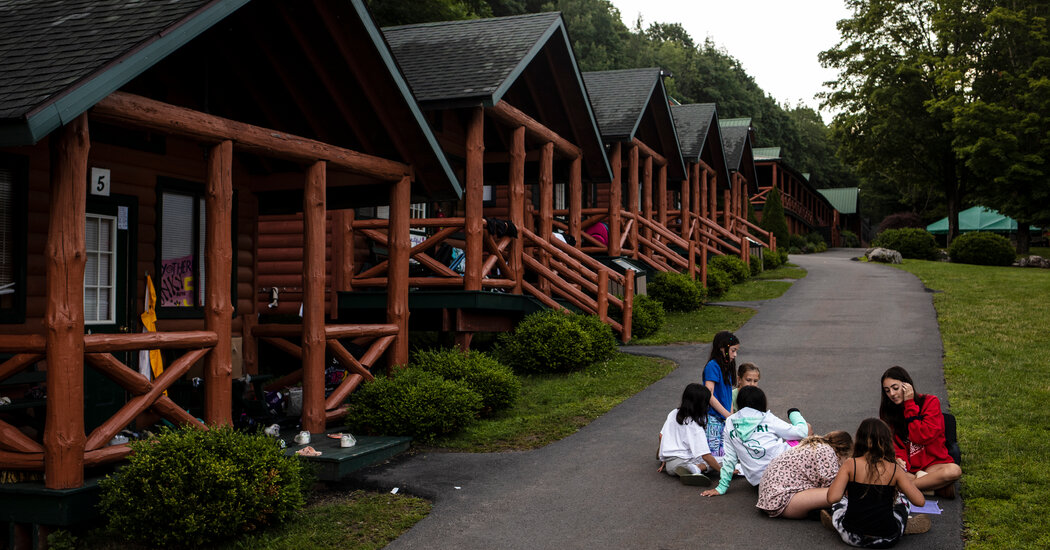 The day the camp closed, Connecticut’s Office of Early Childhood and the state’s Department of Children and Families conducted an investigation of the camp because of concerns about campers’ safety and well-being, said Maggie Adair, an agency official. The investigation is pending, she said.

On its website, Camp Quinebarge offered campers teasers of what awaited them in the woods of New Hampshire — crackling campfires and cannonballs into the lake.

But by spring, the camp’s director was scrambling. Of 60 workers that had been hired by June 1, only 36 showed up, said Mr. Carlson, in written answers to questions.

In past summers, seasonal workers on J1 visas, who Mr. Carlson described as “great workers and less likely to quit,” made up between a quarter and a third of the staff. More than 25,000 summer workers usually travel to the United States to work as camp counselors and staff, but most have been grounded by travel restrictions.

At the same time, the camp had enrolled 20 percent more children than it had in 2019, he said.

In interviews, five staff members said they were hired hastily and thrust into positions of responsibility with little training.

M.J. Lowry, 21, a college student, said it was clear the camp’s director was desperate to make hires. To sweeten the deal, Camp Quinebarge paid for a plane ticket from Louisiana, agreed to allow Ms. Lowry to continue college coursework online and bring along a cat, an emotional support animal.

Ms. Lowry arrived two days before the first group of campers, and it became clear that there would be no time for studying.